The Community Health Center Fund (CHCF), which was established by the Affordable Care Act (ACA) and now accounts for the majority of health center grant funding, is due to expire at the end of September unless Congress acts to extend it. Health centers have faced this situation before. In 2017, the CHCF lapsed for five months before Congress extended it for two years. Although funding was ultimately restored, health centers around the country reported that they faced difficult decisions to reduce care, close service sites, and lay off staff because of the delay. Health centers are considering similar actions to prepare for another potential loss of funding, which will have implications for the patients and communities they serve. This data note reports findings from the 2019 KFF/Geiger Gibson Community Health Center Survey on how health centers may respond to ongoing funding uncertainty.

With a key source of funding set to expire Sept. 30, community health centers across the U.S. are considering steps to trim staffing, close some locations & eliminate or reduce services as they cope with uncertainty about their financing.

The Community Health Center Fund is a key source of revenue for health centers, accounting for 72% of all federal health center grant funds. Initially authorized in 2010 under the ACA for a five-year period, the CHCF has been extended twice, in 2015 and 2018, growing from $1 billion in FY 2011 to $4 billion in FY 2019. Funding from the CHCF allows health centers to serve patients without health insurance, expand capacity, and offer a broader range of health services, including oral health care for adults and mental health and substance use disorder services. From 2010 to 2017, the number of health center sites increased by 59% and total patients served by 43%, and the share of health centers offering mental health and substance abuse services grew by 22% and 75%, respectively. CHCF funding also enables health centers to furnish services that improve patients’ access to care, such as transportation and interpretation services, that are not typically covered by public or private health insurance. 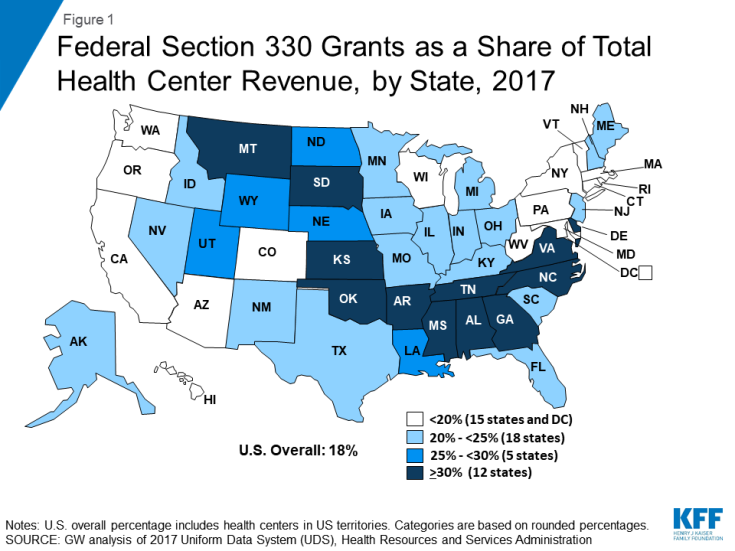 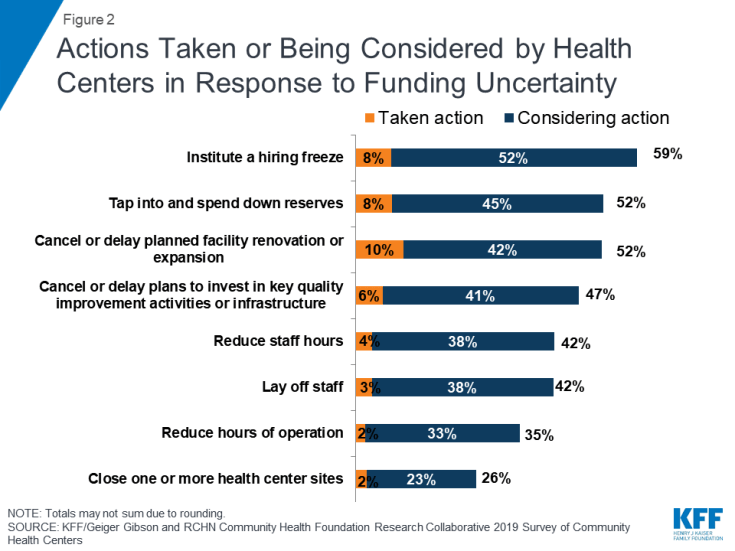 Figure 2: Actions Taken or Being Considered by Health Centers in Response to Funding Uncertainty

Although less common, health centers are considering cutting some services. With funding still in place, few health centers (1%-2%) have already taken steps to eliminate or reduce services, but more are weighing cutting services if funding is delayed. Nearly four in ten (39%) say they have or might scale back enabling services, such as case management, transportation, and education services, and a quarter had implemented or are considering reductions in dental services (Figure 3). In addition, one in five had or is considering eliminating or reducing mental health services and about one in six (17%) is targeting substance use disorder treatment services. 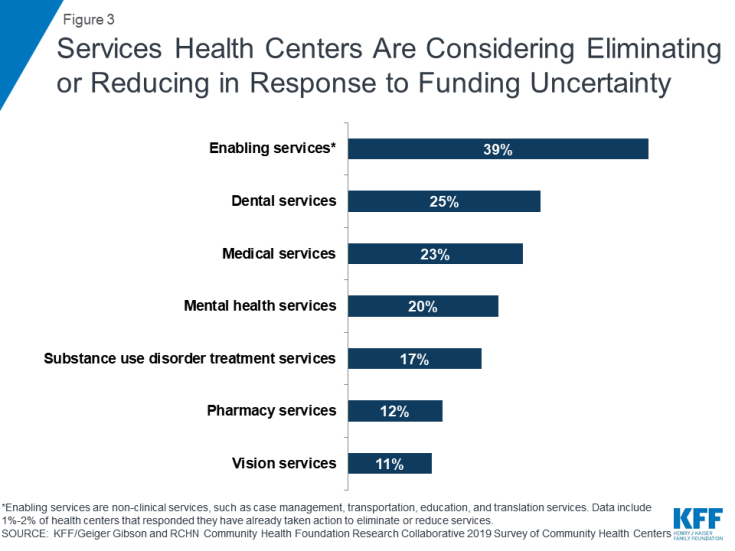 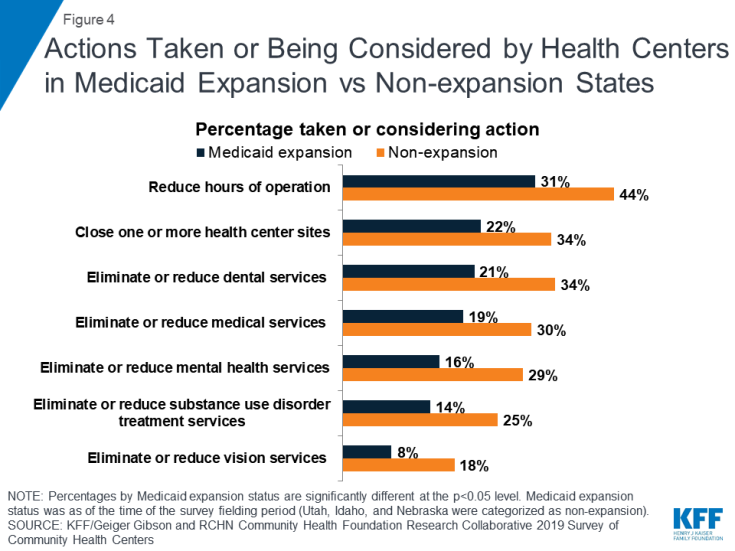 Figure 4: Actions Taken or Being Considered by Health Centers in Medicaid Expansion vs Non-expansion States

A funding delay could limit access to care for millions of health center patients. Health centers are an important source of care for over 28 million patients in medically underserved rural and urban areas throughout the country and play a leading role in efforts to address public health crises, such as the recently announced Trump administration initiative to stop new HIV infections. In response to funding uncertainty, a small number of health centers are already taking steps to reduce or curtail services, and more are considering such actions, particularly those in states that have not expanded Medicaid.

The 2019 Kaiser Family Foundation/George Washington University Survey of Community Health Centers was designed and analyzed by researchers at KFF and GWU, and conducted by the Geiger Gibson Program in Community Health Policy at GWU. The survey was fielded from May to July 2019 and was emailed to 1,342 CEOs of federally funded health centers in the 50 states and the District of Columbia identified in the 2017 Uniform Data System. The response rate was 38%, with 511 responses from 49 states and DC. Additional support for the survey was provided by the RCHN Community Health Foundation.