Summary
Prior to the enactment of the Affordable Care Act (ACA), a number of states used Section 1115 Medicaid Demonstration Waivers to expand coverage to adults and to operate Medicaid programs in ways not otherwise allowed under federal rules.  Beginning in January 2008, Indiana began enrolling adults in its new Healthy Indiana Plan (HIP), which was authorized under Section 1115 waiver demonstration authority.  Under the plan, Indiana uses Medicaid funds to provide a benefit package modeled after a high-deductible health plan and health savings account to previously uninsured very poor and low-income adults.

As enacted, the ACA called for an expansion of Medicaid for nearly all non-disabled adults with incomes at or below 138% of the Federal Poverty Level (FPL) that is largely funded with federal dollars.  However, as a result of the Supreme Court ruling on the ACA, the Medicaid expansion is effectively a state option.  The majority of states that have used Section 1115 waivers to expand Medicaid coverage to adults plan to implement the Medicaid expansion and transition current waiver coverage to new coverage under the ACA. By doing so, these states will receive the enhanced federal matching funds for this coverage.  A smaller number of states with existing waivers that cover adults are not moving forward with the ACA Medicaid expansion and their waivers are set to expire beginning January 1, 2014. If these states do not renew their waivers, adults covered by the waivers will lose coverage when they expire.

On September 3, 2013, Indiana obtained a one-year waiver extension from the Centers for Medicare and Medicaid Services (CMS) with some amendments primarily related to who is eligible for coverage.  CMS extended the plan “to not disrupt the coverage currently afforded in Indiana as the state continues to consider its coverage options.”1 While this temporarily preserves coverage for many adults currently covered by the waiver, it also leaves many who would be eligible under the ACA’s full Medicaid expansion without access to new coverage options. The waiver also allows for higher-cost sharing than otherwise allowed under the Medicaid program.  The state also will not be able to access the enhanced federal matching funds tied to new coverage that is available to states implementing the Medicaid expansion.  Governor Pence remains committed to expanding Healthy Indiana and continuing discussions with CMS.  This brief provides an overview of HIP and the implications of the waiver extension and Indiana’s decision to not implement the ACA Medicaid expansion.

When enacted, HIP had 7 goals:

The HIP waiver renewal application shows progress in meeting each of these goals based on evaluations and analysis performed by the state, Mathematica and Milliman.

Eligibility and Enrollment in the Healthy Indiana Plan

Eligibility and Enrollment from 2008 – 2012.  As approved in 2008, HIP expanded coverage to parents with dependent children with incomes above the state’s eligibility limit for full Medicaid coverage (22% FPL) and below 200% FPL and other adults with incomes between 0% and 200% FPL.  While there was no enrollment cap for parents, other childless adults were subject to an enrollment cap of 34,000.  At the end of 2008, 37,568 adults were enrolled in HIP.  Two-thirds of those enrollees were childless adults and the remaining third were parents (Figure 1).2 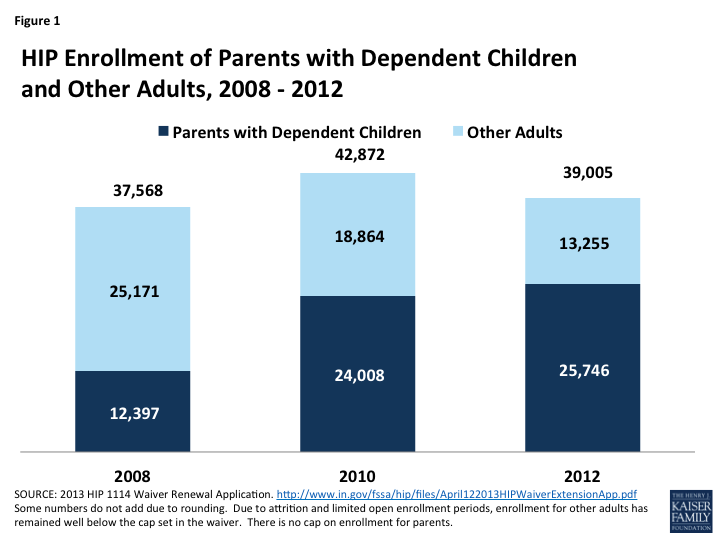 Figure 1: HIP Enrollment of Parents with Dependent Children and Other Adults, 2008 -2012

Enrollment remained open for childless adults until March 2009 when it neared the enrollment cap. The state has since opened enrollment twice, but enrollment has fallen over time through attrition. As of December 2012, there were only 13,225 childless adults enrolled in HIP, accounting for only a third of enrollment allowed under its current cap of 36,500 and an additional 46,388 adults remain on the waitlist for coverage.3 In contrast, parent enrollment increased between 2008 and 2012, from about 12,000 parents to over 25,000.

A 2009 study found that compared to the commercially insured population in Indiana, the HIP population had higher utilization, costs, frequency of disease and morbidity.  The study also found that individuals who enrolled earliest had the highest average risk scores suggesting that the most severe adverse selection was when the program was first implemented.4   At the end of 2012, most (70%) of the 39,005 total enrollees in HIP were poor and nine in ten (90%) had income below 150% of poverty.5 Nearly one in three (29%) was age 50 or older.6 Race distribution has stayed relatively steady over the course of the demonstration with over eight in ten identifying as White, one in ten as Black, and the remaining 7% identifying as either Hispanic or Native American.7

Eligibility and Enrollment Under the Waiver Extension.  As of January 2014, individuals with incomes above 100% FPL will be eligible for premium tax credits to help purchase coverage through the new Health Insurance Marketplaces established by the ACA. As such, the 2013 waiver extension will decrease HIP eligibility levels from 200% FPL to 100% FPL for both parents and childless adults on April 30, 2014.8  For current HIP enrollees and childless adults on the waitlist, Indiana has a plan to transition those who have incomes between 100% and 200% FPL to Marketplace coverage.  Similar to the original waiver, under the extension, parents will not be limited by enrollment caps or open enrollment periods, and will have the ability to enroll in HIP provided they make the required contributions (discussed below). Enrollment for childless adults, however, will be capped at 36,500 and limited by open enrollment periods. While the extension does not establish caps on parent enrollment, it allows Indiana to amend the waiver to change eligibility criteria for both parents and childless adults if the state finds that expenditures will exceed annual state funds.  Due to funding constraints, HIP was never intended to cover all eligible residents.  Estimated take-up has ranged from 5% to 16% of those eligible.9  State estimates predict total enrollment in HIP to be about 45,000 in 2014.

The HIP benefit package is modeled after a high-deductible plan and health savings account.10 It consists of three components provided through managed care plans:

Enrollees receive care through managed care plans that contract with the state. Once an individual selects or is assigned to a plan and makes an initial POWER Account payment, the enrollee must remain in that plan for 12 months.13 Currently, there are three managed care plans from which most enrollees choose—Anthem Blue Cross and Blue Shield (62% of the enrollees), MDWise with AmeriChoice (24%), and Managed Health Services (MHS) (9%).14 Enrollees who have an identified high-risk condition (e.g., cancer, organ transplant recipient, HIV/AIDS) receive benefits through the “Enhanced Services Plan (ESP) (4% of enrollees),” which is a fee-for-service inpatient health plan that also manages the state’s high risk pool.

The ACA Medicaid expansion eliminates the need for states to obtain a Section 1115 waiver to cover adults.  One of the primary goals of the original HIP waiver was to reduce the uninsured.15 Prior to the ACA, states could only cover childless adults and receive federal Medicaid funds by obtaining a Section 1115 waiver.  As such, section 1115 waivers that to expanded coverage to adults often included limited benefit packages, higher cost-sharing and/or enrollment caps to limit costs.  Since the ACA expands Medicaid to adults with significant federal funding, the need for and role of waivers fundamentally changes.  CMS guidance specifies that states will not be eligible for enhanced matching funds from the ACA if there is a cap on enrollment or a partial expansion.  CMS has recently issued new regulations related to cost-sharing and it is not clear if they will grant waivers of these limits that would be eligible for enhanced matching funds.16

In the absence of the Medicaid expansion, coverage gaps will remain for poor adults in Indiana. The one year extension of HIP preserves coverage for the parents and other adults currently covered by the program. However, because enrollment in the program remains limited many poor uninsured adults who would be eligible for coverage under the Medicaid expansion will not gain access to coverage. Poor adults who are not enrolled in the waiver will remain ineligible for Medicaid and they also will be ineligible for tax credits for Marketplace coverage, which begin at 100% FPL. Recent analysis finds that some 181,930 poor adults in Indiana could fall into this coverage gap, representing 88% of the state’s poor uninsured (this analysis assumes that parents with incomes above 24% FPL and childless adults fall into the coverage gap because the waiver provides limited coverage).17 These individuals will not have other alternatives for full coverage and will likely remain uninsured. Further, the safety net of clinics and hospitals that has traditionally served the uninsured population will continue to be stretched in Indiana.

Without implementing the ACA Medicaid expansion, Indiana also will forgo significant amounts of federal financing.  If Indiana implemented the Medicaid expansion, the state could see an additional $17.3 billion, or 24%, increase in federal funds over the 2013-2022 period with small increases in state funding $537 million or a 1.3% increase after accounting for savings due to reduced uncompensated care costs.  States could also see additional savings and broader economic benefits from the increases in coverage and federal financing.18  Under the waiver renewal, Indiana is not eligible for enhanced federal matching funds and continues to receive the state’s regular match rate for adults covered under the waiver.

There is no deadline by which states must determine whether they will implement the Medicaid expansion. Indiana can continue to evaluate how it will proceed and whether it will adopt the Medicaid expansion as they continue to offer coverage through the HIP waiver that will expire at the end of 2014.  In a letter to Secretary Sebelius from November 15, 2013, Governor Pence said that he was looking forward to further discussions regarding the potential expansion of the Healthy Indiana Plan; however, he also stated that “it is essential that the State be able to maintain the consumer-driven model on which the program is predicated.”19  CMS has raised issues about the monthly account contributions required under HIP.