Women in the United States experience high rates of violence and trauma, including physical, sexual, and emotional abuse, and women with HIV, who represent about a quarter of all people living with HIV in the U.S., are disproportionally affected.1,2,3 Intimate partner violence (IPV), also called domestic violence (DV)4, in particular has been shown to be associated with increased risk for HIV among women as well as poorer treatment outcomes for those who are already infected.5,6 In addition, it has been suggested that women are at risk of experiencing violence upon disclosure of their HIV status to partners.7 In recognition of the risks experienced by women with HIV, President Obama issued a Presidential Memorandum in 2012 establishing an interagency working group to examine the intersection of HIV, violence against women and girls, and gender-related health disparities, noting, among other things, that “[g]ender based violence continues to be an underreported, common problem that, if ignored, increases risks for HIV and may prevent women and girls from seeking prevention, treatment, and health services.”8 Given the role that IPV plays in HIV risk, transmission, and care and treatment, finding ways to mitigate its effects is an important part of addressing the HIV epidemic among women in the United States.

One potential avenue for doing so is the Affordable Care Act (ACA) which, in addition to expanding health coverage to millions of uninsured individuals in the United States, offers new opportunities for addressing the needs of women at risk for and living with HIV who have experienced IPV. This issue brief provides an overview of these new opportunities, as well as a summary of key statistics and definitions.  While the focus of this brief is on the experience of IPV and HIV among women, it is important to recognize that men too experience IPV and other forms of violence that put them at increased risk for HIV.13

Women in the United States experience high levels of violence, including sexual violence, across their lifetimes, with the most recent data indicating that approximately 27% of US women report ever having experienced unwanted sexual contact.14 Moreover, an estimated 36% of all US women report ever having experienced IPV including rape, physical violence, and/or stalking.15 Among HIV positive women, IPV is even more prevalent, reported by 55% of women living with HIV.16 In addition to the traumatic impact IPV has on all women, the experience of trauma and violence is also associated with poor treatment outcomes and higher transmission risk among HIV positive women.17,18 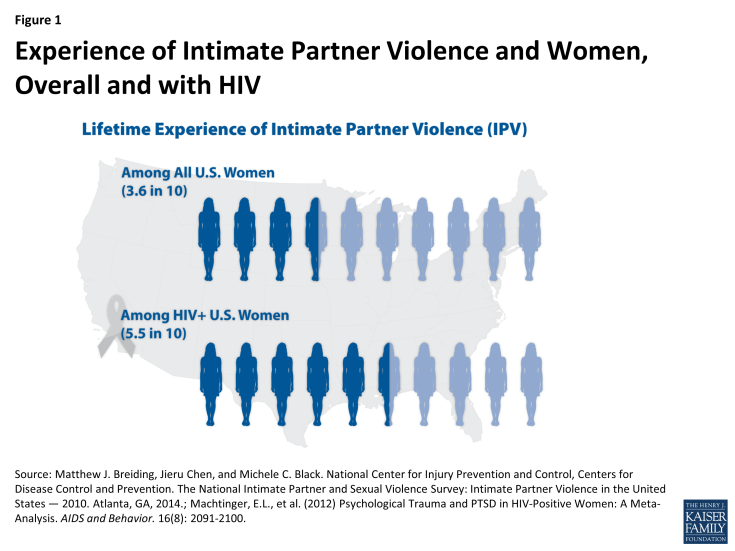 In many cases, the factors that put women at risk for contracting HIV are similar to those that make them vulnerable to experiencing trauma and IPV.  Women in violent relationships are at a four times greater risk for contracting STIs, including HIV, than women in non-violent relationships and women who experience IPV are more likely to report risk factors for HIV.19 A nationally representative study found 20% of HIV positive women had experienced violence by a partner or someone important to them since their diagnosis and that of these, half perceive that violence to be directly related to their HIV serostatus.20 Indeed, these experiences are interrelated and can become a cycle of violence, HIV risk, and HIV infection. In this cycle, women who experience IPV are at increased susceptibility for contracting HIV and HIV positive women are at greater risk for becoming victims of IPV.21,22 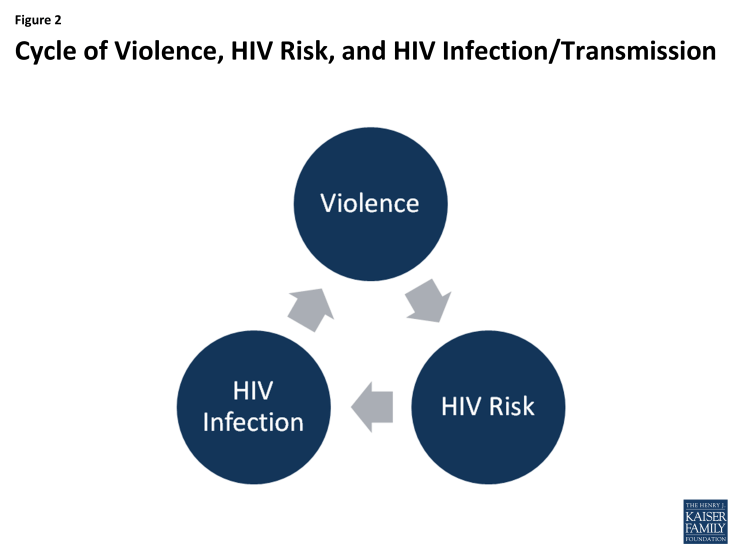 The ACA, signed into law in 2010, aims to expand access to affordable health coverage and reduce the number of uninsured Americans through the creation of new health insurance marketplaces in each state and by expanding Medicaid, in states that choose to expand their programs, as well as through other reforms. Beyond these broad changes, there are several provisions that are specifically designed to protect individuals who have experienced IPV, including those with HIV. These include explicit protections in the law, as well as regulatory interpretation and guidance, as follows:

As mentioned above, in addition to the changes brought on by the ACA, and recognizing the complexity of these issues, in March 2012, President Obama issued a Presidential Memorandum establishing an interagency working group on the intersection of HIV/AIDS, violence against women and girls, and gender-related health disparities.35 The memorandum identifies the need to address violence against women within the Nation’s approach to the domestic HIV epidemic. It required the working group to provide recommended relevant updates to the National HIV/AIDS Strategy to the administration as well as to effectively take on a monitoring role to coordinate efforts to address HIV and violence against women and girls across federal agencies. Two reports have been issued by the working group thus far.36

Addressing trauma and violence experienced by both HIV positive and negative women aims to provide critical care and support to women in the immediate term, but in the longer term, may also be an important contribution in combating the domestic HIV epidemic. The ACA provisions outlined above provide important opportunities for targeted interventions to address IPV in HIV positive and at risk women, although several challenges remain.

With respect to screening and counseling for IPV, as with all preventive services, coverage does not necessarily equate with uptake by consumers or with the service being offered by providers. Inclusion of DV screening as a reimbursable service and the associated federal and advisory body recommendations may drive up some provision of the intervention but additional efforts may be necessary to generate more widespread provider led IPV screenings. One recent study found that just 23% of women ages 15 to 44 have discussed dating or domestic violence with a provider in the past three years, demonstrating that these screenings are still relatively rare.37(See CDC compilation of IPV screening tools: http://www.cdc.gov/ncipc/pub-res/images/ipvandsvscreening.pdf.)  In addition, it is important to consider how to maintain confidentiality for women seeking violence-related care, particularly since more women will be covered by private insurance plans that typically send an Explanation of Benefits (EOB) that documents provided services to the principal policy holder, such as a spouse. There also remains the need to raise awareness among providers and women at risk for and living with HIV about the interrelatedness between HIV and intimate partner violence.

Finally, as states make different decisions about ACA implementation, coverage opportunities for enrollees vary across the nation. For example, whether states with state based marketplaces decided to implement the SEP for victims of IPV discussed above is one example. More generally, whether a state decides to expand its Medicaid program to all those below 138% of the Federal Poverty Level (currently 28 states are expanding while 23 are not), as permitted under the ACA, has significant implications for access to coverage for low income individuals. Given that multiple studies have demonstrated that incidence of HIV and IPV both trend with poverty, access to Medicaid expansion, including the associated IPV screening, could play a particularly important role for these populations.38 In addition, access to services, varies by coverage and as noted, IPV screening is not a required covered service for those in traditional Medicaid.

While certain implementation challenges exist, the ACA protections discussed above could present significant opportunities to address IPV, for both women living with HIV as well as those at risk.