Women and HIV/AIDS in the United States

Women have been affected by HIV/AIDS since the beginning of the epidemic.1, 2 Today, women account for 1 in 5 (20%) new HIV infections in the U.S.3 Women of color, particularly Black women, have been especially hard hit and represent the majority of women living with the disease and women newly infected.1, 3 As with people with HIV overall, most women with HIV are not in regular care and only a quarter are virally suppressed.4 Women with and at risk for HIV face several challenges to getting the services and information they need, including socio-economic and structural barriers, such as poverty, cultural inequities, and sexual violence, and women may place the needs of their families above their own.5, 6, 7, 8 In addition, women also experience different clinical symptoms and complications due to HIV disease.9 Despite this impact, there are promising new signs, with data indicating that HIV infections are now falling among women, including among Black women, although they continue to rise among gay men.3 Still, addressing the epidemic’s impact on women in the U.S., particularly women of color, remains critical to ensuring that these encouraging trends continue.

Snapshot of the Epidemic 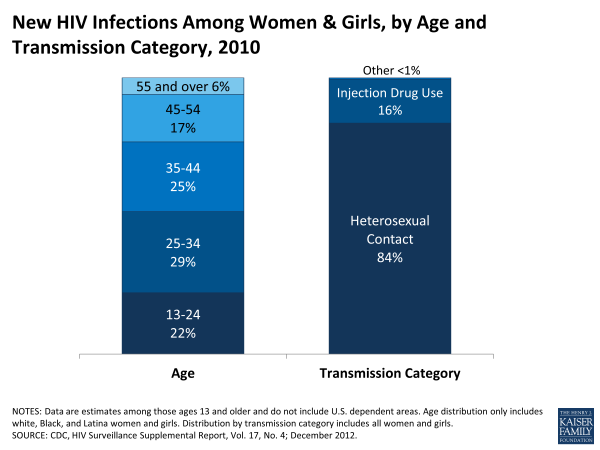 Women of color, particularly Black women, are disproportionately affected by HIV, accounting for the majority of new HIV infections, women living with HIV, and HIV-related deaths among women in the U.S. 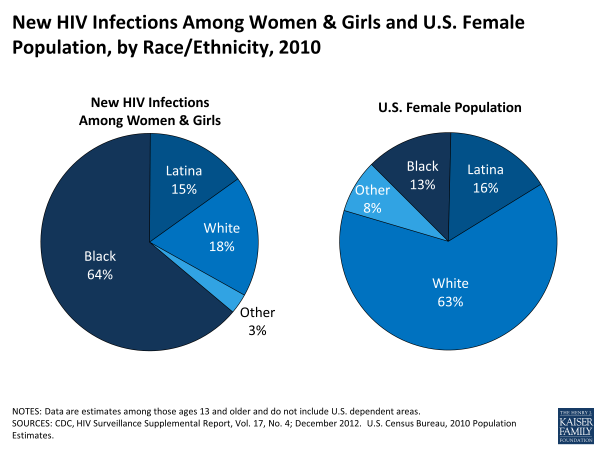 HIV interacts with women’s reproductive health on many levels:9 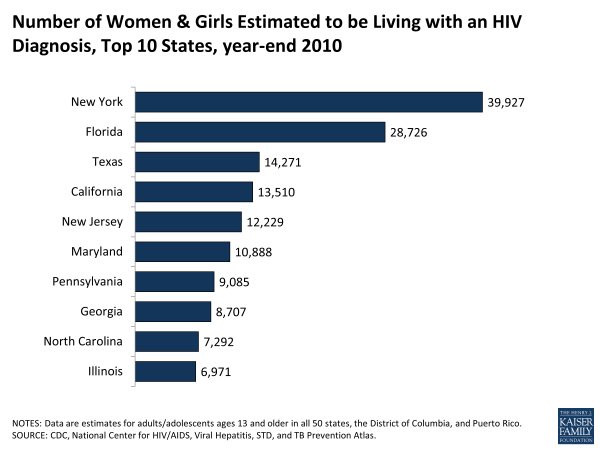 Figure 3: Number of Women & Girls Estimated to be Living with an HIV Diagnosis, Top 10 States, year-end 2010

When asked how concerned they were personally about becoming infected with HIV, a recent survey found that 22% of women in the U.S. say they are “very” or “somewhat” concerned. Black women are much more likely to say they are concerned (45%) than white women (13%). Black women are also more likely than white women to express concern about an immediate family member becoming infected with HIV (70% vs. 26%, respectively).24