The fact that prescription drugs represent just 10% of national health spending may make it seem like not an especially important target for health care cost containment efforts. But the idea keeps coming back and is in the spotlight on Capitol Hill right now.

One reason is the 10% number doesn’t tell the full story. Retail drug spending represents 18% of health benefit costs for large employers, even after taking rebates from drug manufacturers into account. 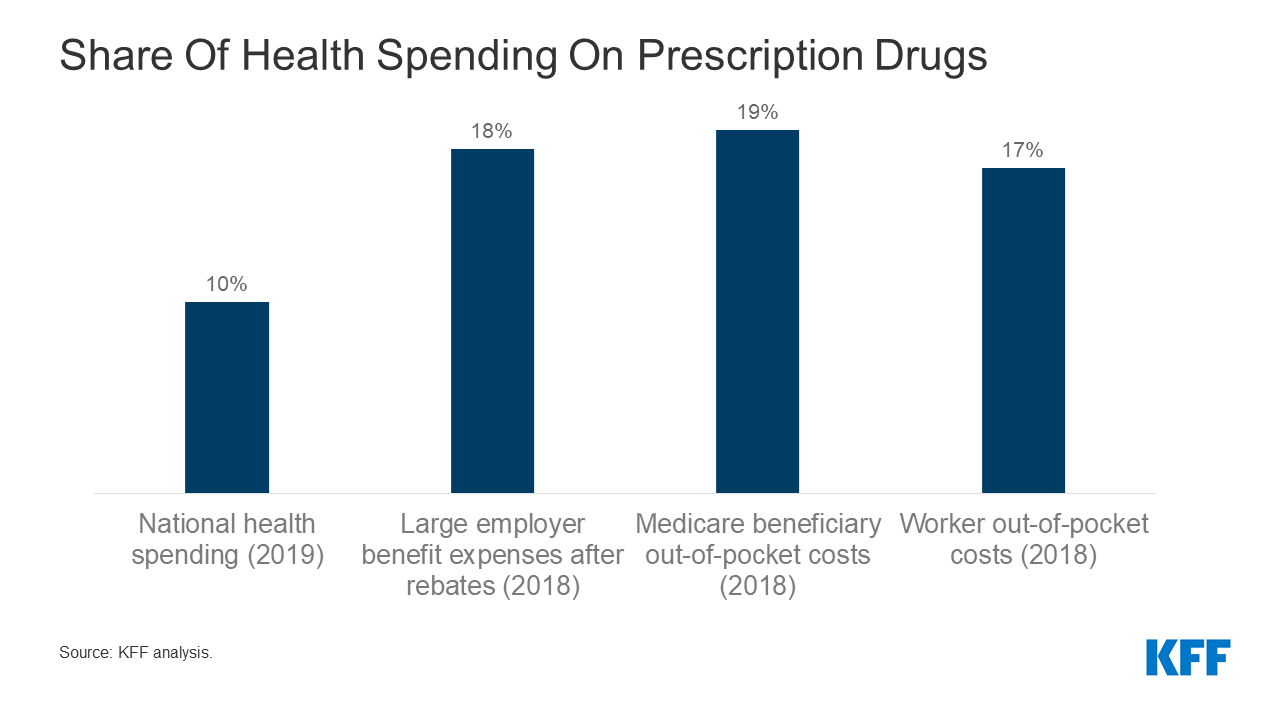 Especially hard hit are people in fair or poor health who use more drugs. 49% of that group say they have difficulty paying for their drugs.

There’s been much focus in Washington on how much Medicare negotiation of drug prices could save the federal budget, and what those savings could be used to pay for.

Yet, what makes drug price negotiation a powerful idea – with bipartisan support from more than 80% of the public – is not the budgetary savings policymakers covet. It’s the potential to lower costs for patients and businesses paying for health benefits.

HR 3 and the principles for drug cost legislation recently released by Senator Wyden would give employer plans and privately insured people access to government negotiated prices, in addition to Medicare and its beneficiaries.

Polling shows that criticisms made by industry that drug price negotiation could reduce the availability of drugs and research and development on new drugs could erode support. But those criticisms have been made for years and have not sunk in.

The staying power of the idea and the number of people who would benefit continues to drive many Democrats to try to get drug price negotiation passed. That’s also why PhRMA will oppose these proposals with everything at its disposal.

Meanwhile there is one incidental winner from the current debate about drug costs, America’s hospitals. They represent 31.4% of health spending and the focus on drug costs keeps them out of the crosshairs.