Donor Funding for the DRC Response

More than half (57.8%) of this funding was provided by donor governments bilaterally, including the U.S., with large share (40.1%) provided by multilateral and international organizations, such as the World Bank, and a small proportion (2.2%) provided by non-profits, such as private foundations. 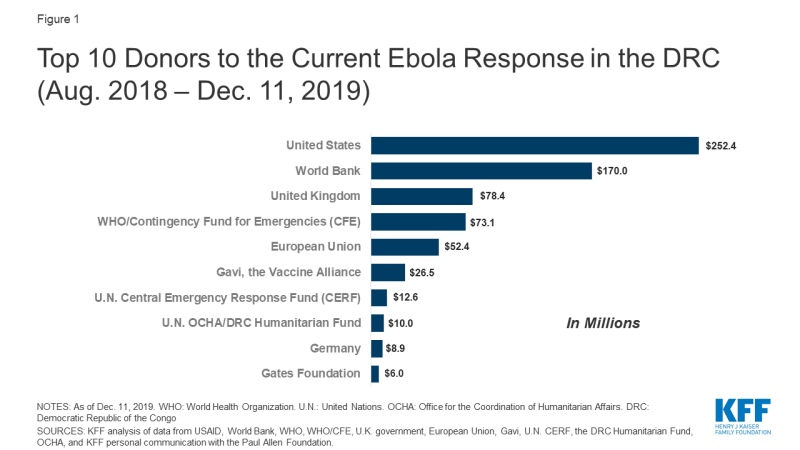 The DRC government, U.N. agencies such as WHO, and other partners prepared four DRC national Strategic Response Plans (“the plans”) to guide and enumerate resource needs for the Ebola response (see Table 2). We found that about half (49%, $361 million) of donor funding for the response – including about a fifth (19%, $47.9 million) of U.S. funding – was identified as directly supporting the national plans.

Donors met the funding requests in the first two plans and mostly met that of the third plan. As of early December, they have provided at least $148.3 million (via WHO) toward the fourth plan, which requests $287.6 million for public health response activities from July through December 2019.

Key Issues for the U.S. and Other Stakeholders

Maintaining a robust response to Ebola in the DRC over the next several months, and maybe even longer, will require additional donor funding. As such, there are several issues for the U.S. and other donors to consider: