KFF has an updated analysis of state-reported data as of February 16, 2021 on COVID-19 vaccinations, cases, and deaths by race/ethnicity. 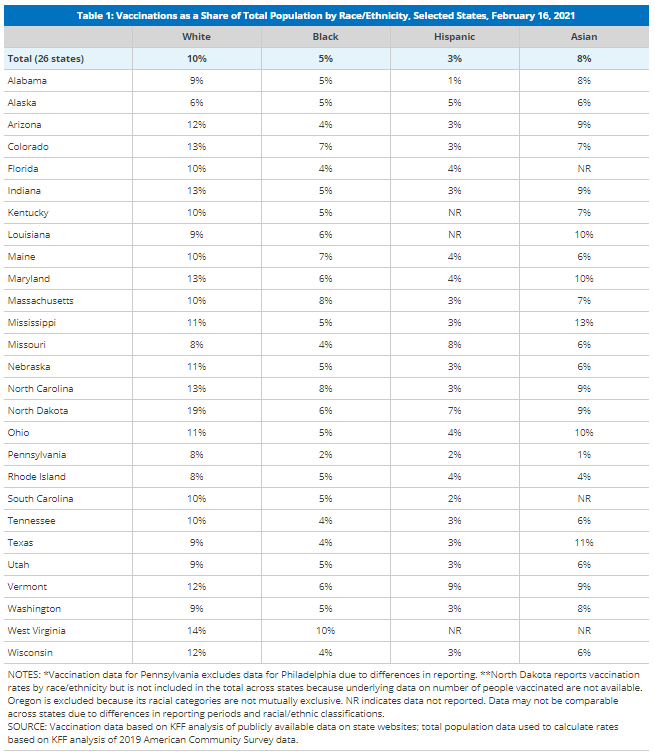