Check Out New and Updated KFF Resources to Learn More About the Future of Abortion Following the Overturning of Roe v. Wade

For the latest information on abortion, visit our Abortion in the U.S. Dashboard.

On June 24, 2022, the Supreme Court issued its decision in Dobbs v. Jackson Women’s Health, overturning Roe v. Wade, eliminating the federal standard protecting the right to abortion. Across the nation, states are reacting by implementing bans or protecting access to abortion. It is now up to each state to establish laws protecting or restricting abortion in the absence of a federal standard. Access to safe legal abortions now depends on where you live and the national divide in access to abortion care has been intensified. The map below shows the status of the implementation of abortion laws across the country.

Here are some new and just updated KFF resources relevant to this Supreme Court case and abortion access: 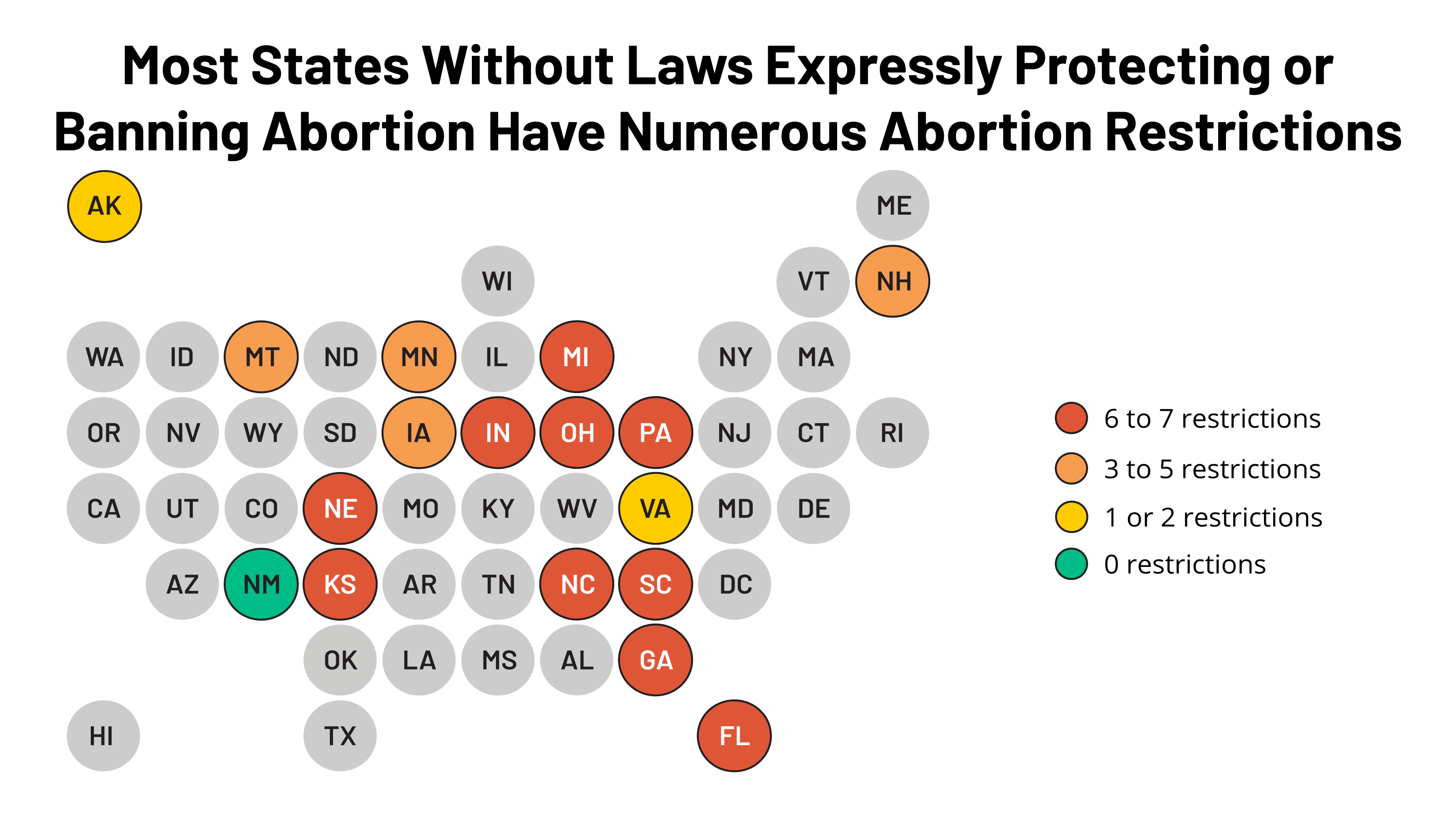 Webinar Recording: In Focus with KFF: What Happens if Roe v. Wade is Overturned? 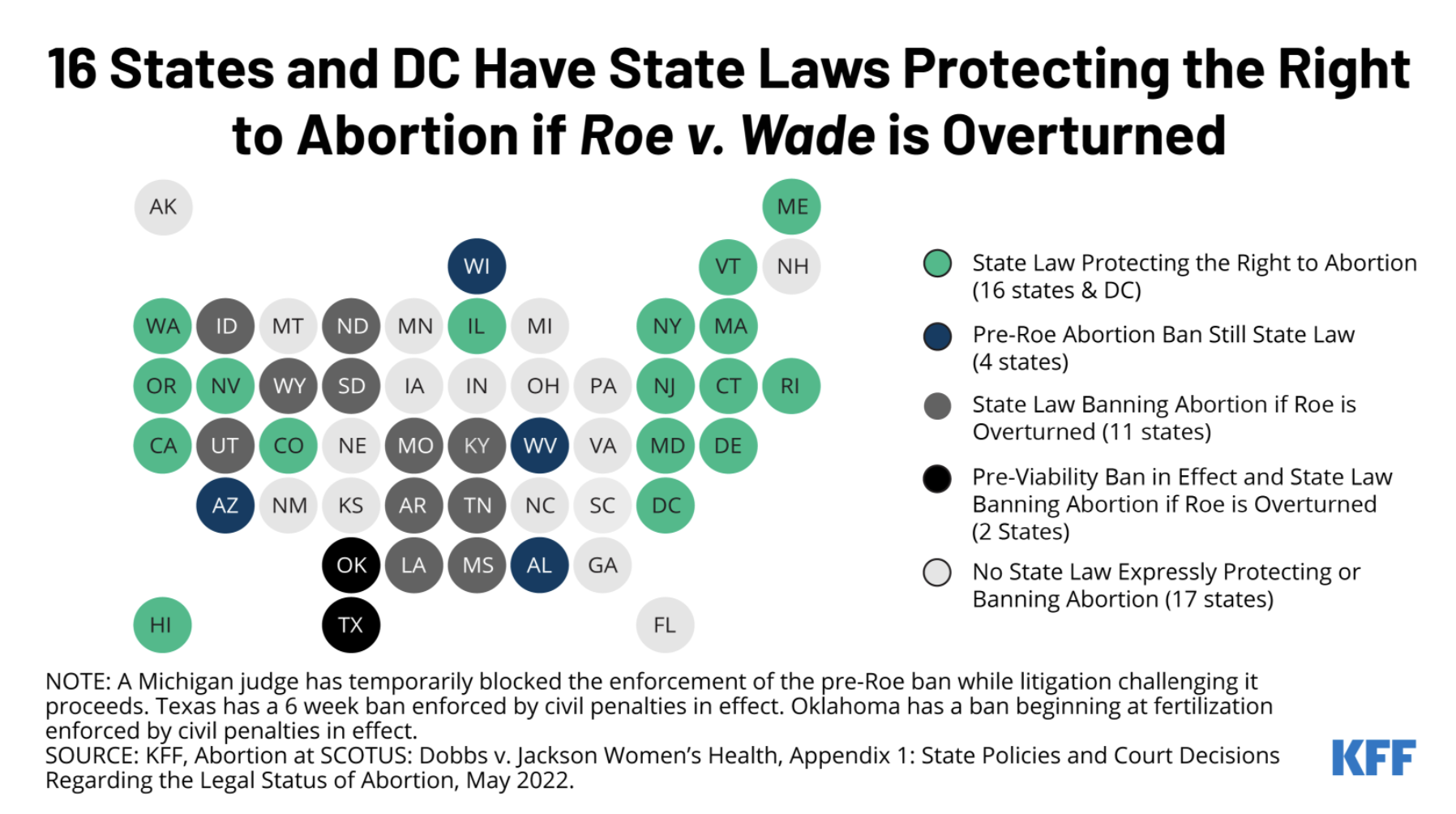 Infographic: The Availability and Use of Medication Abortion Care

Factsheet: The Availability and Use of Medication Abortion

KHN: Black Women Have Much at Stake in States Where Abortion Access May Vanish