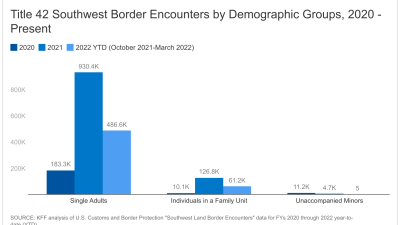 Title 42 and its Impact on Migrant Families 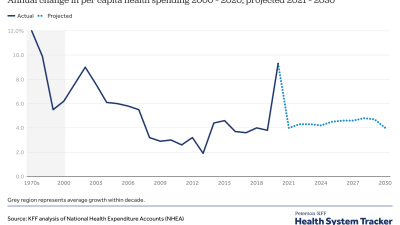 How much is health spending expected to grow? 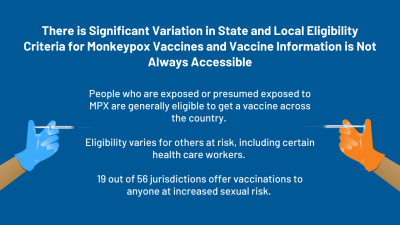 This analysis examines jurisdictional approaches to eligibility for monkeypox (MPX) vaccine. Overall, almost all jurisdictions have, at minimum, adopted the current approach laid out by the CDC. However, there is substantial variation in how eligibility is defined. Additionally, several jurisdictions lack clear criteria or information on who is eligible or where to get vaccinated. This may impact on who gets vaccinated, lead to geographic disparities, and raises potentially equity challenges. 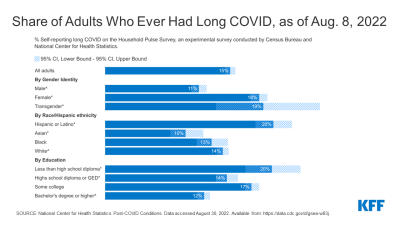