The Politics of ACA Rate Hikes Will Be 2016 in Reverse

Democrats are expected to turn the tables and attack Republicans for rising premiums and sabotaging the Affordable Care Act. In his Axios column, Drew Altman discusses a balancing act they face which has not received attention: score political points, but run the risk of a new debate scaring the broader public and undermining the ACA by focusing on its continuing problems.

In this Washington Post op-ed, Drew Altman and Larry Levitt discuss why the latest Republican effort to repeal and replace the Affordable Care Act failed and what it will take for congress and the administration to address the next challenge, providing long-term stability to the ACA marketplaces. 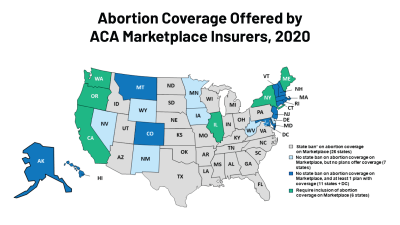 This brief summarizes the status and implications of the Trump Administration final regulations, published in December 2019, that change how ACA Marketplace plans that include coverage for abortion must bill and consumers must pay premiums for that coverage. 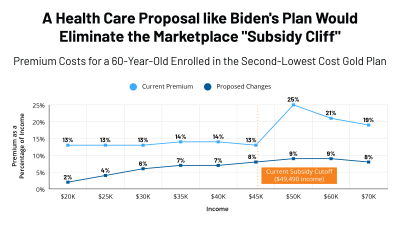 Analysis: A Proposal Like Biden’s Health Plan Would Lower the Cost of ACA Marketplace Coverage for Nearly All Potential Enrollees and Lower Premiums for Over 12 Million Workers With Employer Coverage

A new KFF analysis finds that expanding Affordable Care Act (ACA) premium subsidies like Democratic presidential nominee Joe Biden has proposed would lower the cost of Marketplace coverage for nearly all potential enrollees, including the uninsured and others currently priced out of the Marketplace. While the former Vice President’s plan…