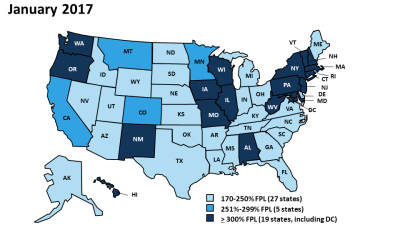 Children’s Health Coverage: The Role of Medicaid and CHIP and Issues for the Future

This 14th annual 50-state survey of Medicaid and CHIP eligibility, enrollment, renewal, and cost-sharing policies as of January 2016 provides a snapshot of state Medicaid and CHIP policies in place two years into the post-ACA era.