Inside Deficit Reduction: What It Means For Medicaid

This briefing, co-sponsored by the Alliance for Health Reform, the Kaiser Family Foundation, the Robert Wood Johnson Foundation and The SCAN Foundation, featured panelists discussing which deficit-reduction proposals affecting Medicaid might receive serious consideration by the congressional “super committee,” as well as what kind of impact such changes would have…

Inside Deficit Reduction: What Now?

The Budget Control Act of 2011 tasked members of a “Super Committee” to find at least $1.2 trillion in deficit reduction over the next decade. Members did not reach an agreement by the November 23 deadline and as a result automatic spending cuts to defense and entitlement programs are set…

The Right Care at the Right Time: Are Retail Clinics Meeting a Need?

The Alliance for Health Reform and WellPoint, Inc. discuss the role of urgent care centers and retail clinics emerging within the health care system. Panelists will explore such questions as: Can savings and improved access to care be produced through alternative care settings? Will these settings reduce emergency room use… 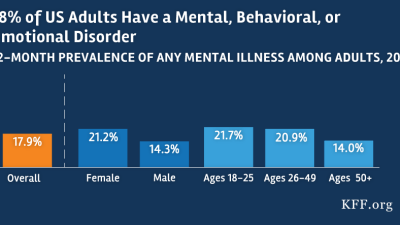 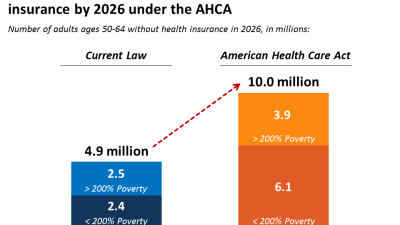 This brief explains the key AHCA provisions that would reshape the private market to more closely resemble the pre-Affordable Care Act period, and the effects of these changes on adults ages 50-64. The brief also discusses how changes to Medicaid could affect older, low-income adults, and how an increase in the number of uninsured older adults could have implications for the Medicare program in the future.