This Data Note examines the availability of plans nationwide and by state, in 2016, and tracks changes in plan availability since 2012. The analysis uses the Centers for Medicare and Medicaid Services (CMS) 2016 Medicare Advantage Landscape Source file released September 15, 2015 and the 2016 Part C&D Plan Crosswalk file released October 1, 2015; the analysis excludes employer-based (group) Medicare Advantage plans, Special Needs Plans (SNPs) and other plans not available for general enrollment. It documents the number and share of Medicare Advantage enrollees affected by plan withdrawals each year, the characteristics of plans that will be entering or exiting the market in 2016, and the potential implications of these changes for Medicare Advantage enrollees.3

Our analysis finds that the Medicare Advantage market is relatively stable in terms of plan participation and beneficiary choice. 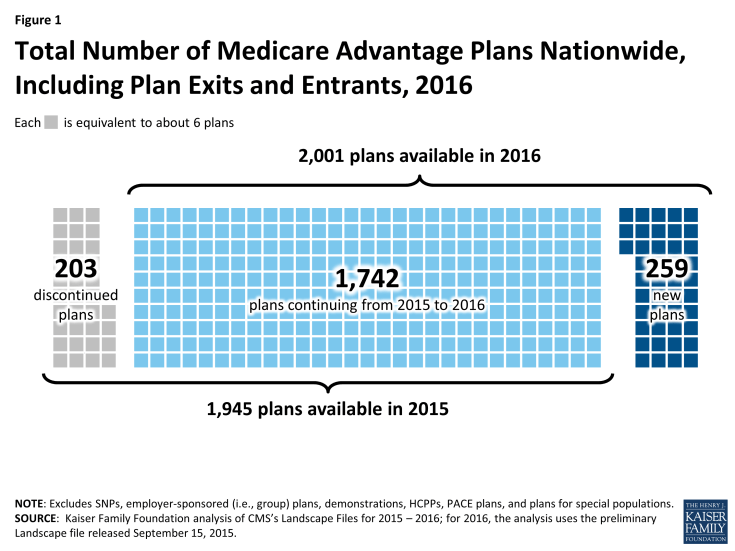 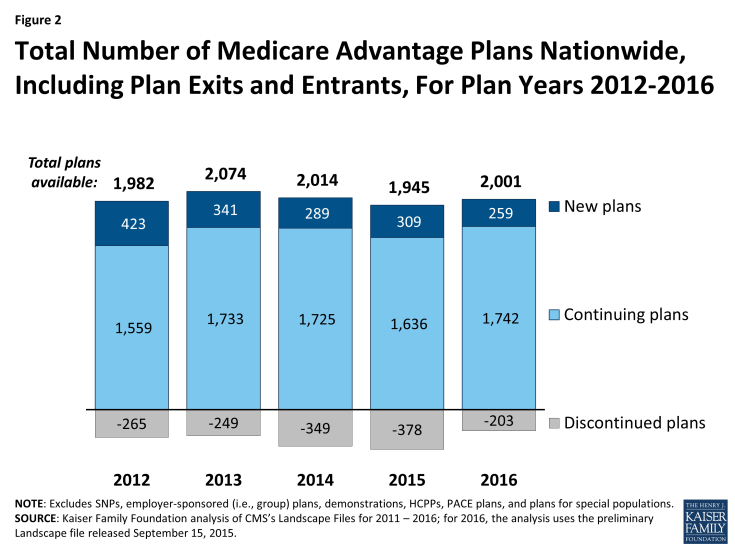 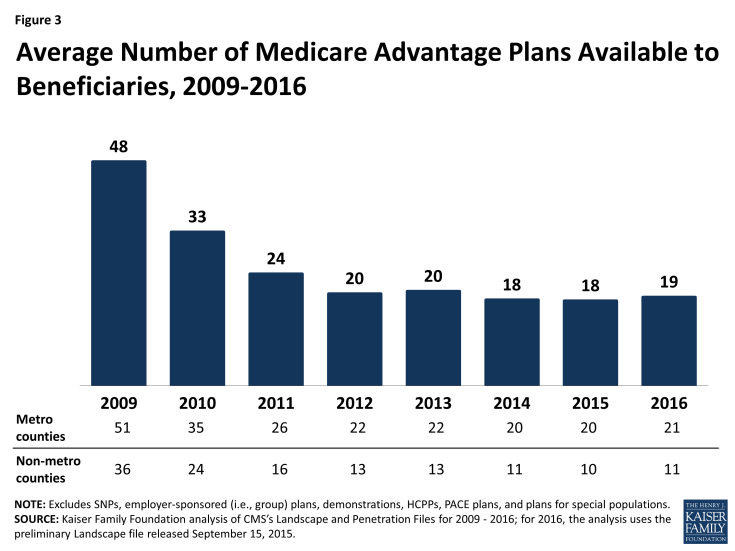 Effect of Plan Exits on Enrollees

Among the relatively few plans exiting the Medicare Advantage market in 2016, most (61%) are HMOs and about one-quarter (26%) are local PPOs (Figure 4). These shares are similar to the overall composition of plan offerings in 2015.   PFFS plans are somewhat overrepresented among departing plans. The reduction in PFFS plans available between 2015 and 2016 continues the trend in PFFS plan exits that has been observed since the enactment of the Medicare Improvements for Patients and Providers Act (MIPPA) of 2008, which required most PFFS plans to adopt provider networks. HMOs comprise the about three-fourths (77%) of the new plans that will be offered in 2016, but a somewhat smaller share (68%) of all Medicare Advantage plans offered in 2016 (Figure 4). 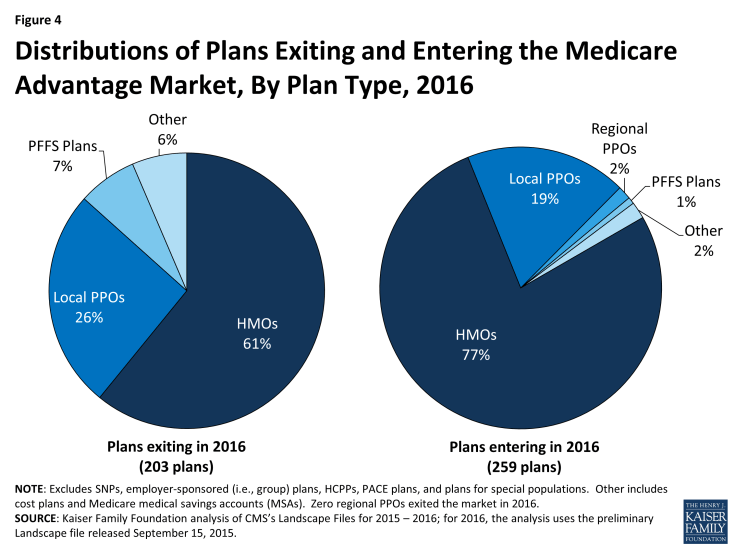 Among the relatively small number of plans that are departing from the market (excluding those that consolidated into new plans) before 2016, most have relatively few enrollees in 2015. Nearly three-quarters (74%) have 1,000 or fewer enrollees, and more than half (59%) have fewer than 500 enrollees in 2015 (Figure 5; Appendix Table 3). The average number of enrollees in a plan available for general enrollment was 6,164 in 2015. This analysis excludes the plans that will consolidate into new plans, because the plans that are consolidating often have different enrollment levels in the various areas in which they serve, which cannot be separately analyzed. 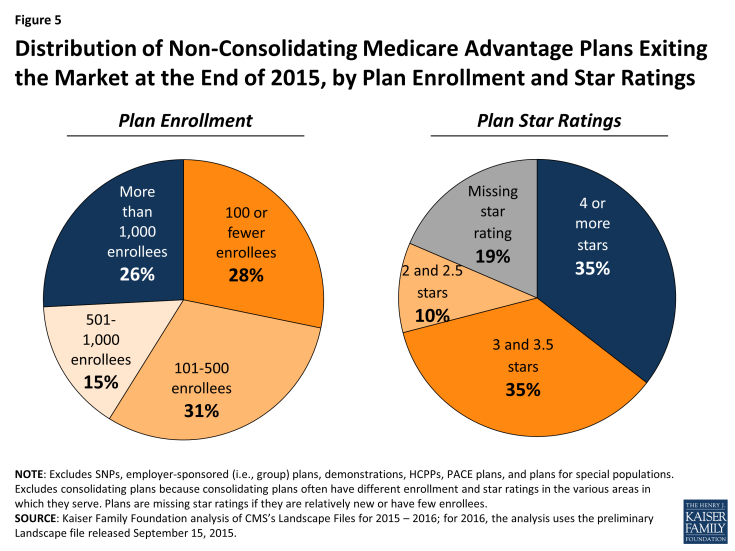 Figure 5: Distribution of Non-Consolidating Medicare Advantage Plans Exiting the Market at the End of 2015, by Plan Enrollment and Star Ratings

More Medicare Advantage plans will be offered in 2016 than in 2015, nationally and in many states, with the fewest market exits in any year since 2012. The vast majority of plans that were available in 2015 will continue to be available in 2016. Among the 203 plans (10% of plans) exiting the market, most had relatively low enrollment. Overall, 3 percent of all Medicare Advantage enrollees are in plans in 2015 that will not be offered in 2016. In all likelihood, beneficiaries affected by plan exits will have other Medicare Advantage options available, including new plans vying for beneficiaries, in addition to traditional Medicare.