Section 1: Views and Experiences of Long-Term Users of Prescription Painkillers

Why Did They Start Taking Strong Prescription Painkillers?

Many have been taking the painkillers for quite some time. Half (52 percent) of those personally using prescription painkillers say they have taken them for two years or more, but there are big differences depending on if they are still taking them or not. Most of those who say they no longer take them say they took them for 6 months or less (48 percent) and that they started them for pain after surgery (34 percent) or an accident or injury (27 percent). Seven in ten of those currently taking them have been on them for two years or more, and most started taking them for chronic pain (55 percent).

Those no longer personally taking them point to a number of different reasons why they stopped, including that they no longer needed them for pain (60 percent of those not currently taking them), they were worried about becoming addicted (50 percent), they didn’t like the side effects (45 percent), and their prescription ended (34 percent). 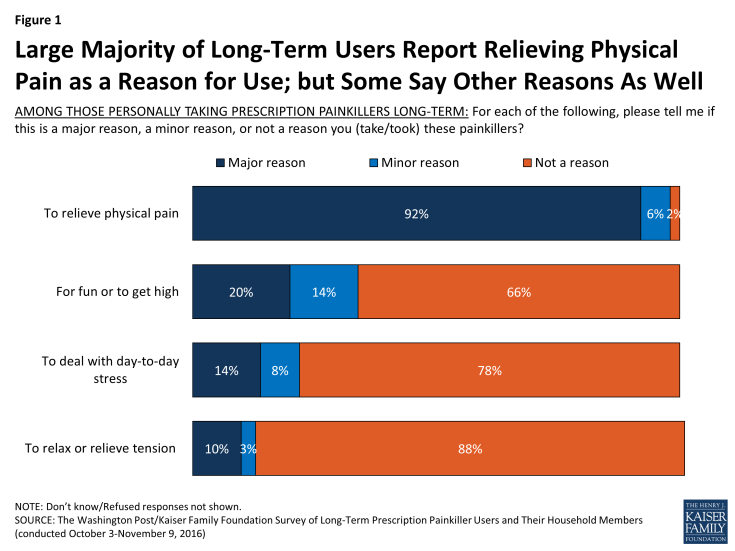 Figure 1: Large Majority of Long-Term Users Report Relieving Physical Pain as a Reason for Use; but Some Say Other Reasons As Well

Many Users Report a Disability and Multiple Prescriptions

Many personally taking prescription painkillers report being sick and disabled, such as saying they have a debilitating disability or chronic disease (70 percent) or that their physical health is only fair or poor (42 percent). More than half (57 percent) also say they take four or more prescription drugs, including 32 percent who report taking seven or more. These shares are significantly larger than for the general public. For example, 19 percent of the public reports having a chronic disease or disability1 and 18 percent say they are in fair or poor health.2 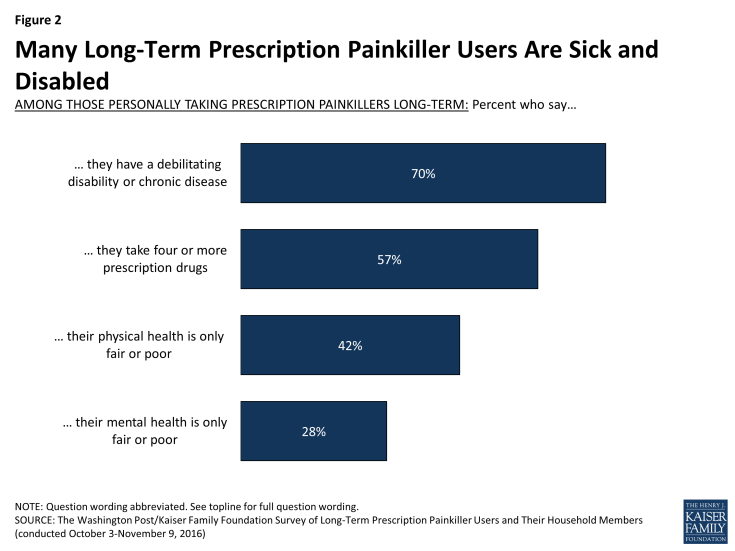 Figure 2: Many Long-Term Prescription Painkiller Users Are Sick and Disabled

Most personally taking prescription painkillers long-term report that when their doctor first prescribed these medications, their doctor talked to them about:

On the other hand, 61 percent say there was no discussion about a plan for getting off the painkillers when the doctor first prescribed them, while a third (33 percent) say there was. 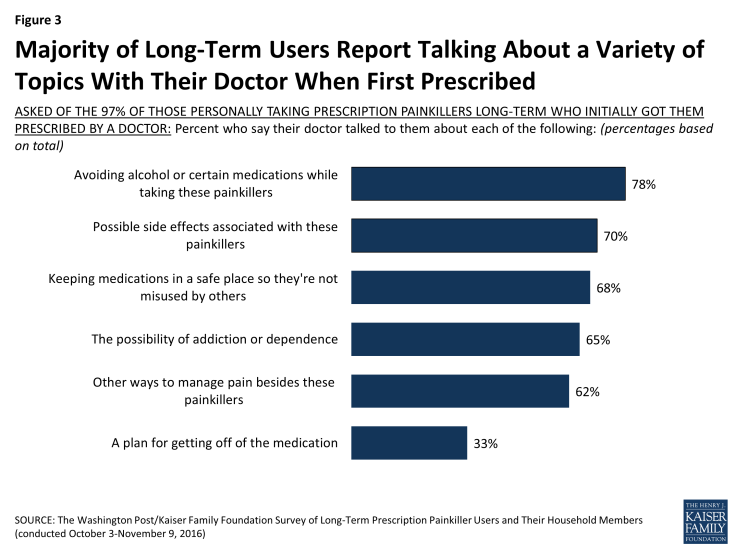 Figure 3: Majority of Long-Term Users Report Talking About a Variety of Topics With Their Doctor When First Prescribed 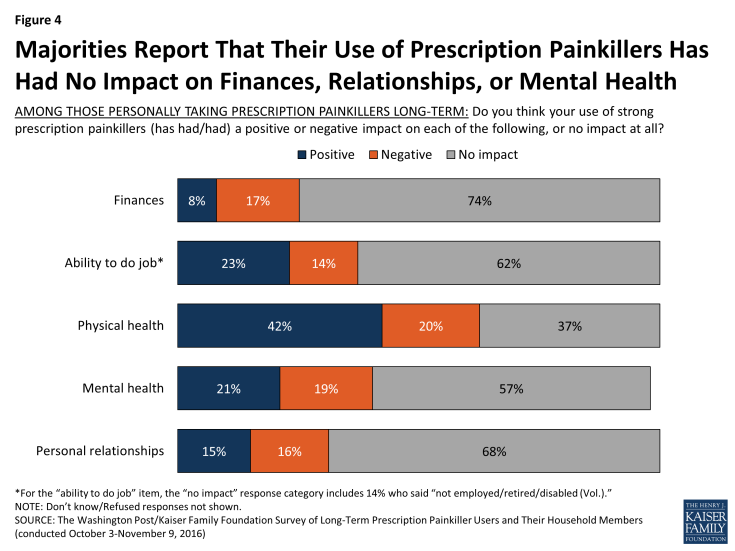 Figure 4: Majorities Report That Their Use of Prescription Painkillers Has Had No Impact on Finances, Relationships, or Mental Health

Reports of Addiction, Dependence and Misuse

In addition to some reporting negative impacts on their lives, 34 percent report that they think they are or were physically dependent or addicted to the painkillers (this group is profiled in Section 2). Few (9 percent) say they have sought treatment for addiction and 2 percent say they have considered seeking addiction treatment. Additionally, a quarter (26 percent) say that a friend or family member has suggested they stop taking them. 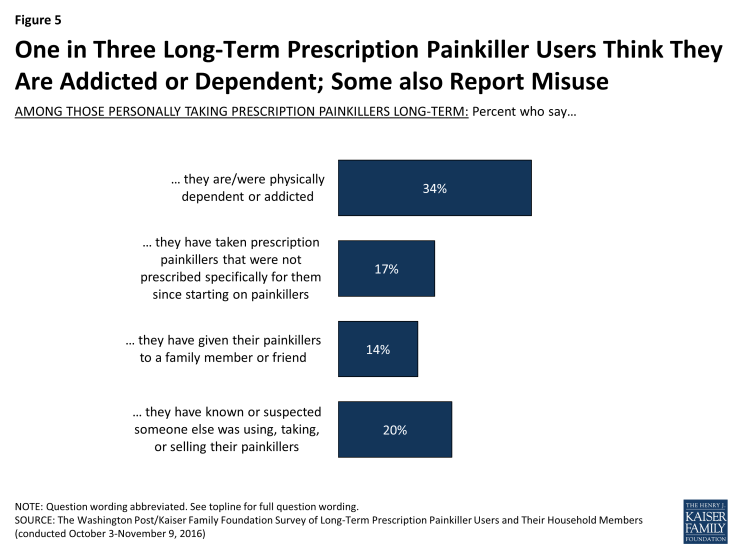 Figure 5: One in Three Long-Term Prescription Painkiller Users Think They Are Addicted or Dependent; Some also Report Misuse

Some of those personally using prescription painkillers long-term report trouble accessing them, including trouble affording them (18 percent), getting a pharmacy to fill a prescription (16 percent), getting refill from doctors (16 percent), and getting insurance to cover it (12 percent). Overall, 41 percent of long-term users report at least one of these issues. With the recent attention prescription painkillers have received in light of the epidemic of abuse and overdose, two-thirds (67 percent) of long-term users say they are concerned that efforts to decrease the number of people abusing prescription painkillers will make it more difficult for them to access them; a share that increases to nearly eight in ten (78 percent) of those who started to treat chronic pain, including 56 percent who say they are very concerned.

Six in ten (60 percent) long-term users say it is easy for people to get painkillers that were not prescribed to them, while a similar share (59 percent) say it is difficult for people who need the drugs for medical purposes to get them. Majorities of the general public say it is easy to get drugs in both scenarios, although a larger share say it’s easy for people to get drugs not prescribed to them than say the same about those who need them for medical purposes.

Half (49 percent) of those personally using painkillers say they are at least somewhat concerned about side effects, including one in four (27 percent) who say they are very concerned, and nearly half of those who no longer take the painkillers say that the side effects are at least a minor reason they stopped (45 percent, or 20 percent of long-term users overall). Still, large majorities say their doctor discussed possible side effects when they initially prescribed the painkillers (70 percent) and feel their doctor provided enough information about the risk of addiction and other side effects (75 percent).

Views and Experiences from Household Members of Prescription Painkiller Users

Interviews with people living in the same household as a long-term prescription painkiller user provide another angle of insight into this group. For most, the user is a spouse (43 percent), followed by a parent (25 percent), a child (9 percent), or some other person in their household (21 percent).

In general, household members are more likely to report issues with addiction or dependence and negative experiences than those who are personally taking the painkillers. For example, 54 percent of household members say they think the person is or was addicted or dependent and 43 percent report that a friend or family member has suggested the user stop. 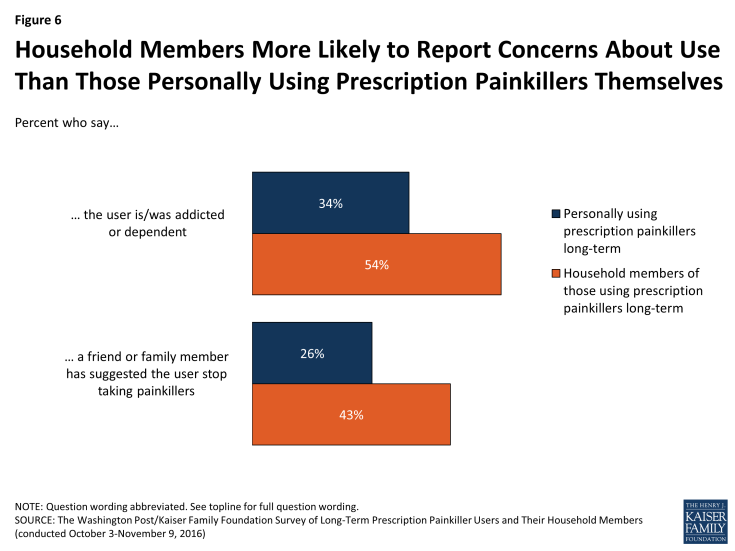 Figure 6: Household Members More Likely to Report Concerns About Use Than Those Personally Using Prescription Painkillers Themselves

Introduction Section 2: A Focus on Those Reporting They Are Physically Dependent or Addicted