Facility characteristics provide a picture of who provides nursing facility care in the United States, including the number and capacity of facilities, certification and ownership, and revenue sources. 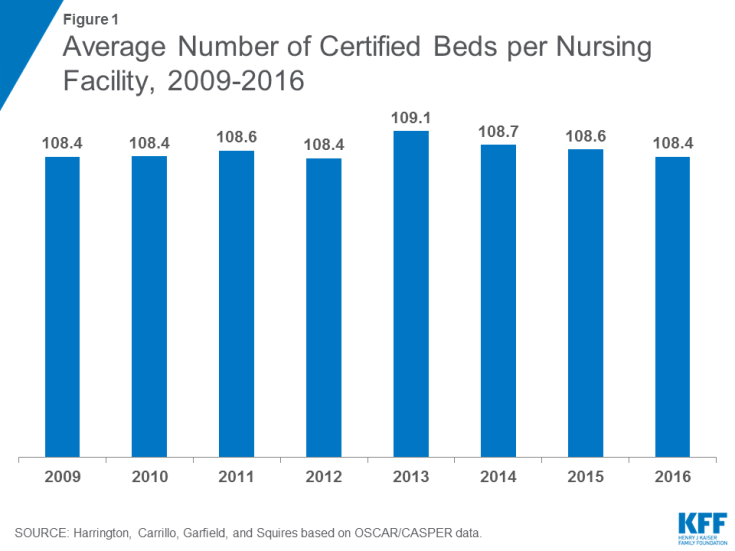 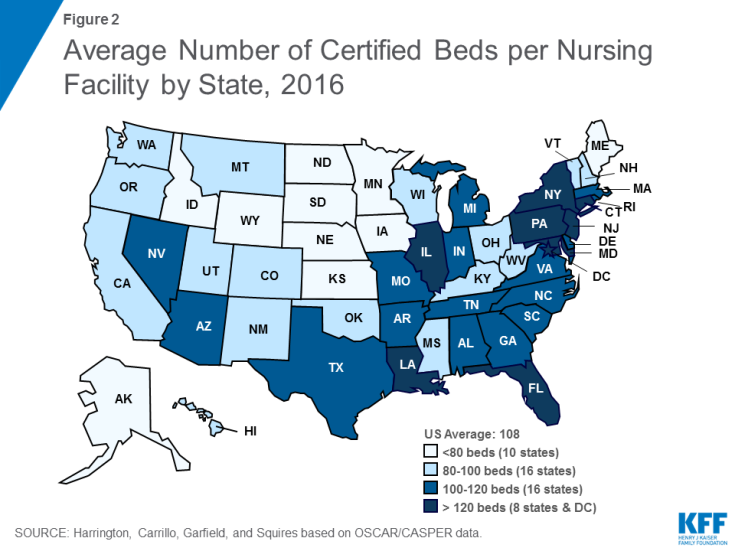 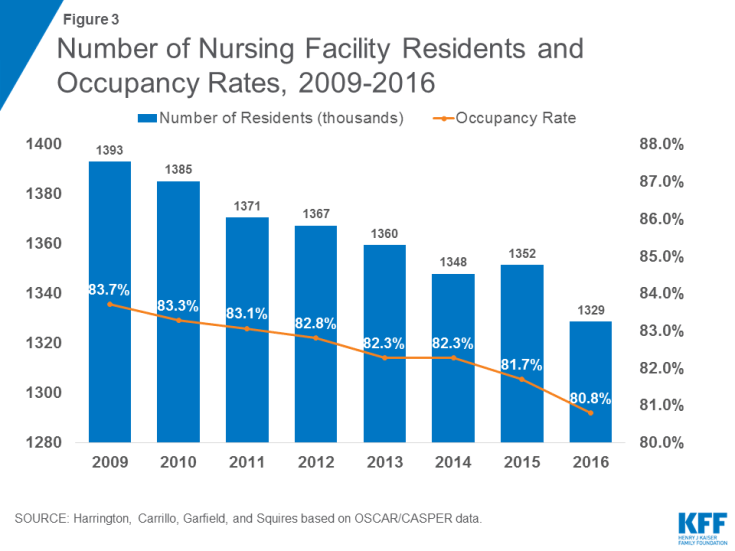 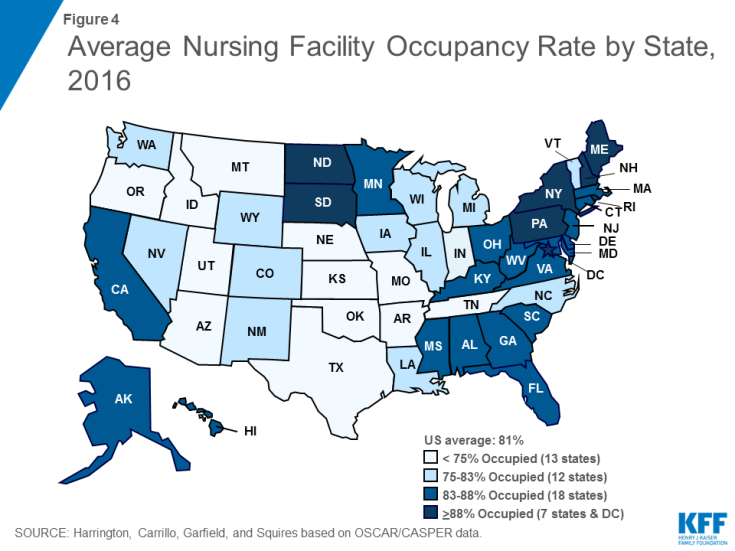 The percentage of Medicare and Medicaid patients in a facility is an important factor in not only revenue sources but also other aspects of a facility. Nursing facilities have historically considered Medicaid reimbursement rates to be low and prefer Medicare and private pay patients.4 Higher Medicaid reimbursement rates have been associated with higher staffing and higher care quality.5,6,7 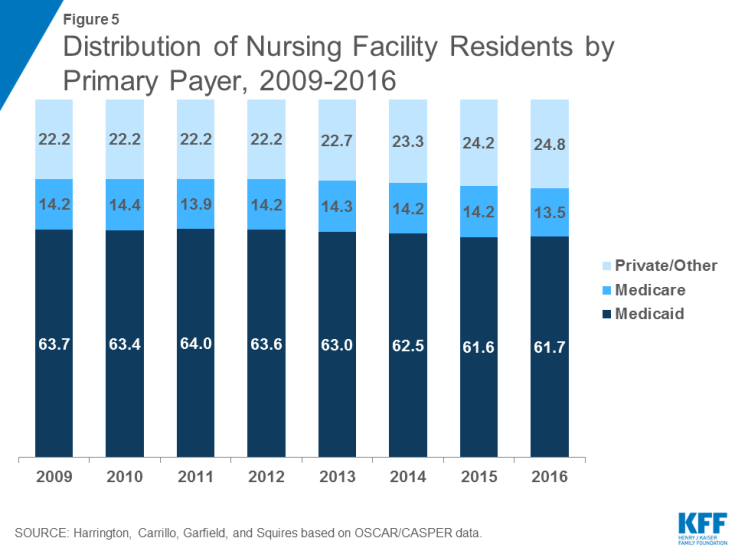 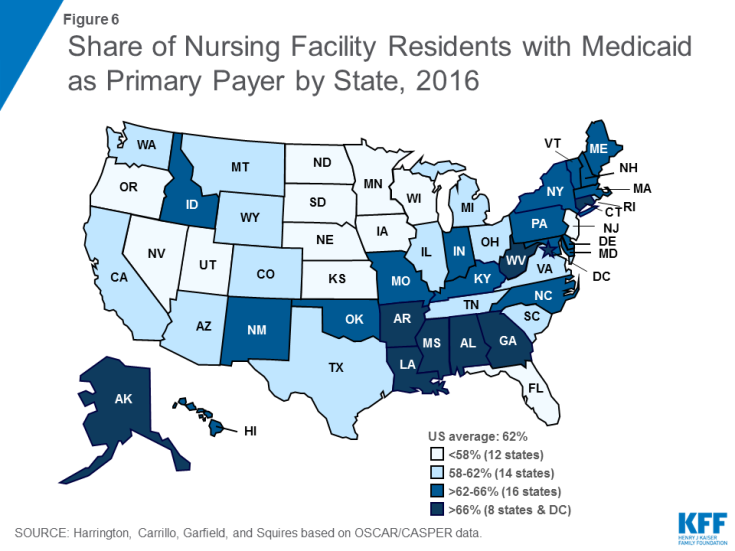 Figure 6: Share of Nursing Facility Residents with Medicaid as Primary Payer by State, 2016

The vast majority (96.2%) of beds were dually certified by both Medicare and Medicaid in 2016, with very few certified for only Medicare (2.3%) or only Medicaid (1.6%) (See Supplemental Tables for additional detail). While most beds are dually certified, Medicaid is the primary payer source for most certified nursing facility residents (Figure 5 and Table 3). Medicaid may become the primary payer of nursing facility services once residents have exhausted or spent down personal assets paying for care. In 2016, 61.7 percent of total residents had Medicaid as their primary payer (down slightly from 63.7 in 2009), which equates to more than 832,000 people nationwide at any given time (Table 4). States in the East, particularly the Southeast, have higher shares of residents with Medicaid as their primary payer than other states (Figure 6). Medicare, which covers only short stays in nursing facilities, was primary payer for 13.5 percent of the total residents in 2016, compared to 14.2% in 2009. Private payers (primarily out-of-pocket payments from residents) and other sources are the primary payer for the remainder of residents (24.8% in 2016).

One of the major debates in research circles is whether the proprietary nature of the nursing facility industry affects process and outcomes in terms of quality of care. Research studies of ownership and quality show that for-profit facilities generally have lower overall quality of care.8,9 There are higher rates of deficiencies in for-profit facilities and chains than non-profit and government facilities.10 Thus, proprietary ownership and chains may be associated with lower staffing levels and poorer process and outcome measures. 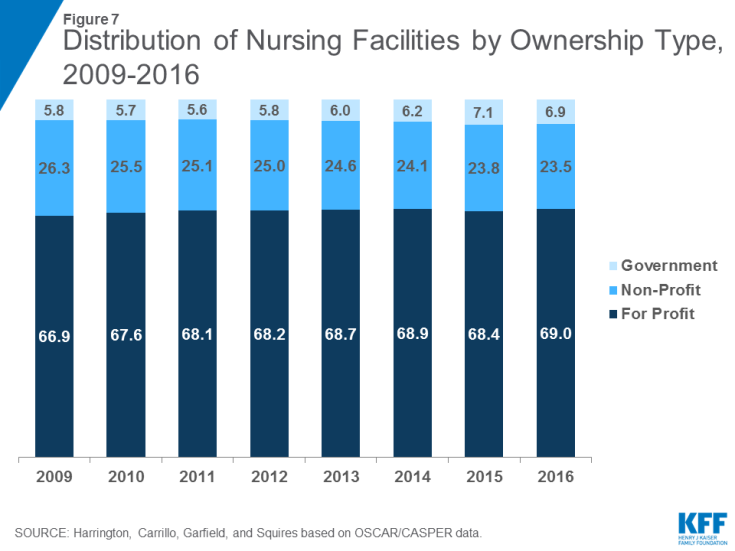 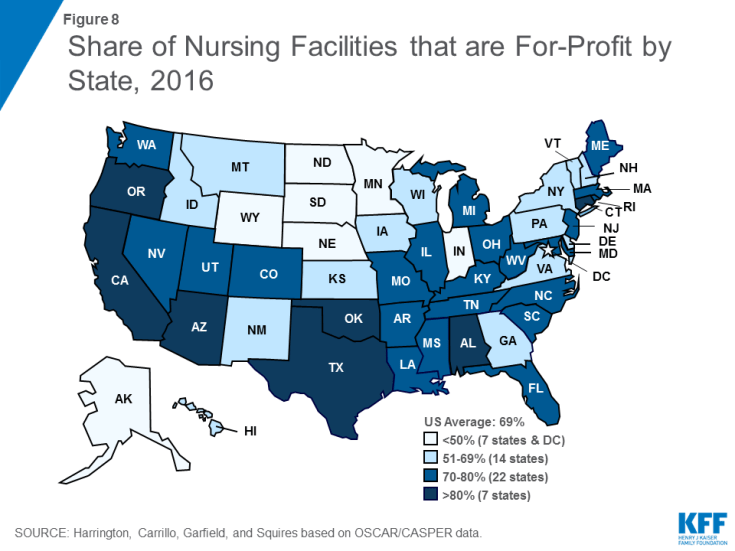 Figure 8: Share of Nursing Facilities that are For-Profit by State, 2016

Ownership patterns vary widely across states (Figure 8).  Alaska, Indiana, and Wyoming had relatively high shares (>33%) of facilities that were government owned in 2016. More than half of facilities in Alaska, the District of Columbia, Minnesota, North Dakota, and South Dakota were non-profit facilities in 2016.  In Alabama, Arizona, California, Connecticut, Oklahoma, Oregon, and Texas, more than 80 percent of facilities were for-profit in 2016. 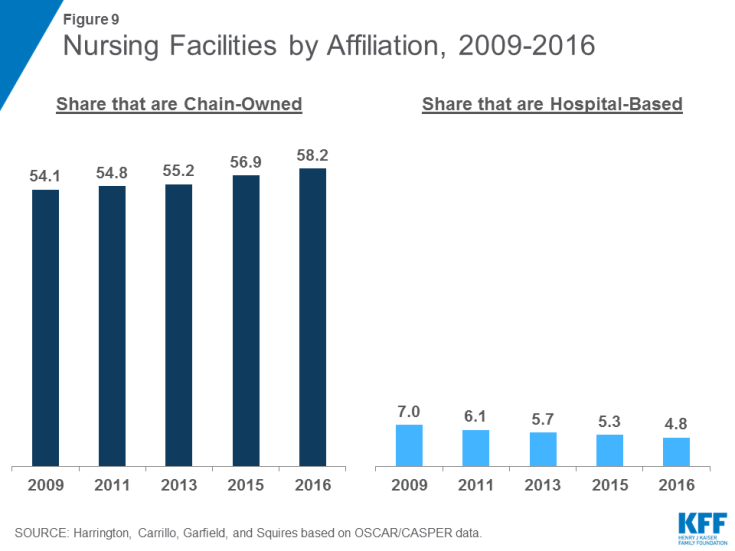 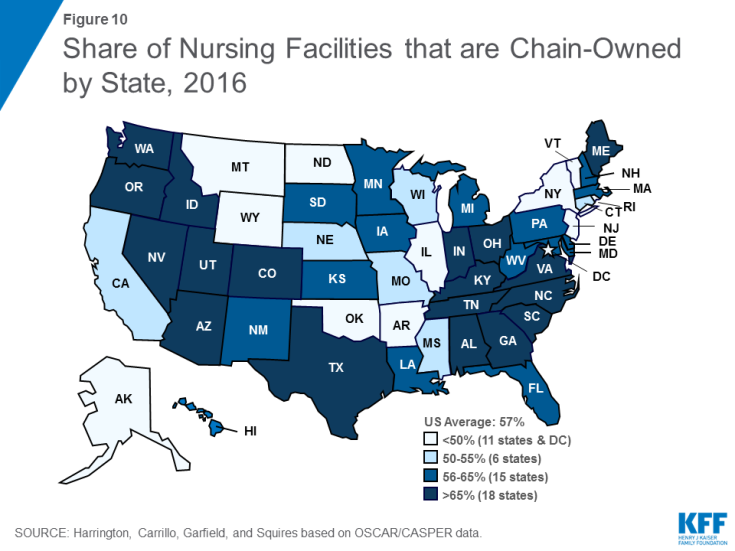 Figure 10: Share of Nursing Facilities that are Chain-Owned by State, 2016

Under federal regulations, nursing facility residents have the right to form organized resident groups, which meet regularly to discuss and offer suggestions about policies and procedures affecting residents’ care, treatment, and quality of life; to support each other; to plan resident and family activities; to participate in educational activities or for any other purposes. Facilities also may have organized groups of family members who meet regularly to discuss issues about residents’ care, treatment, and quality of life. In 2016, most facilities (96%) had resident groups (See Supplemental Tables for more detail), though a smaller share (22.6%) report having family groups. The share of facilities with family groups has declined over time.  Those facilities with organized residents groups or organized family groups may have higher quality of care.12