Total Number of Plans. In total, 2,734 Medicare Advantage plans will be available nationwide for individual enrollment in 2019 – a 18 percent increase (417 more plans) from 2018 and the largest number of plans available since 2009 (Figure 1; Table A1). These numbers exclude employer or union-sponsored group plans and Special Needs Plans, which are only available to select populations. The increase mostly reflects an additional 188 HMOs and 243 local PPOs, with three additional Medical Savings Account (MSA) plans and one additional Regional PPO as well. The size of the increase in local PPOs is notable, and more HMOs and local PPOs will be offered in 2019 than any year since 2007. HMOs continue to account for the majority of plans available, and will account for about two-thirds (64%) of all plans offered in 2019. The growth in number of plans varies across states and counties, with the preponderance of the growth in plans occurring in Florida (75 more plans; data not shown). The District of Columbia and Maine will have fewer plans available in 2019 than in 2018 (with 6 fewer and 1 fewer plans, respectively). 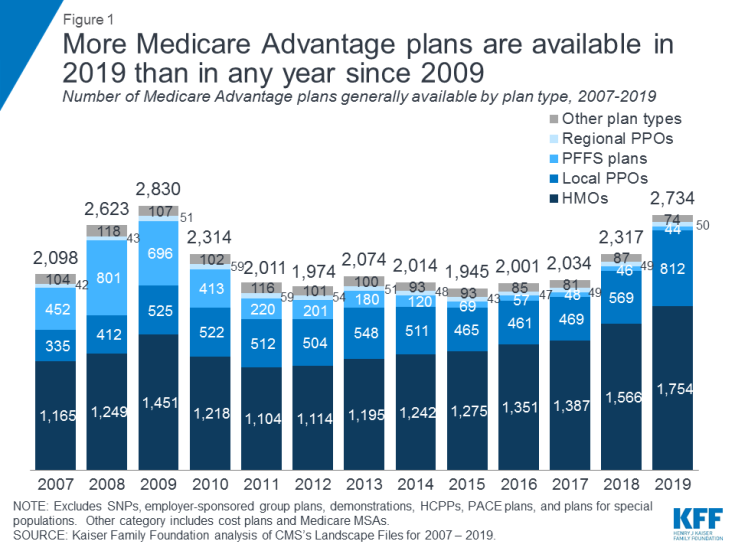 Figure 1: More Medicare Advantage plans are available in 2019 than in any year since 2009

In addition to the new plans available for individual enrollment, more Special Needs Plans (SNPs) will be available in 2019, increasing from 630 plans in 2018 to 717 plans in 2019, reflecting an increase in SNPs for beneficiaries dually eligible for Medicare and Medicaid (D-SNPs; 401 plans in 2018 to 465 plans in 2019) and SNPs for people requiring an institutional-level of care (I-SNPs; 97 plans in 2018 to 125 plans in 2019). The number of SNPs for people with chronic or disabling conditions (C-SNPs) will decline from 132 plans to 127 plans between 2018 and 2019. This decline in C-SNPs may be partly due to both the value-based insurance design (VBID) model with the CMS Innovation Center, which allows plans to reduce cost-sharing or offer supplemental benefits for people with chronic conditions to promote high-value services, and the new authority of Medicare Advantage plans that are open for general enrollment to target supplemental benefits to people with certain chronic conditions beginning in 2019. Both of these expanded authorities allow Medicare Advantage plans to offer benefits to people with chronic conditions that have traditionally been offered through C-SNPs.

While many employers and unions also offer Medicare Advantage plans to their retirees, no information about these plans is made available by CMS to the public during the Medicare open enrollment period. 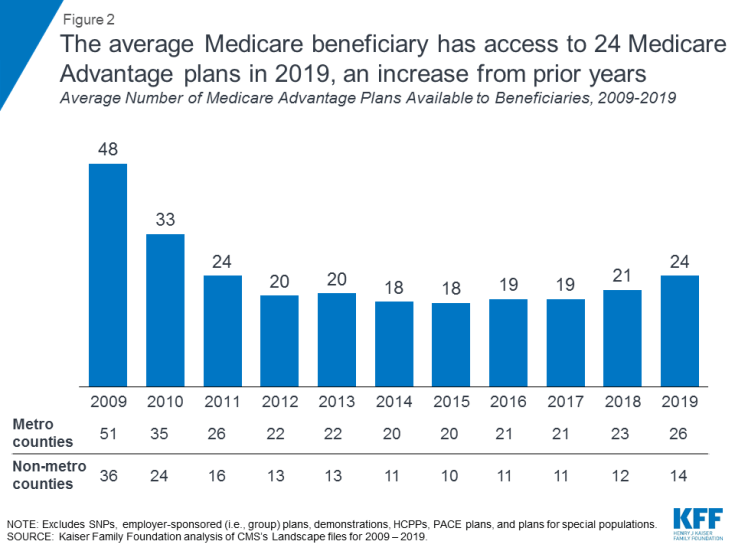 Figure 2: The average Medicare beneficiary has access to 24 Medicare Advantage plans in 2019, an increase from prior years 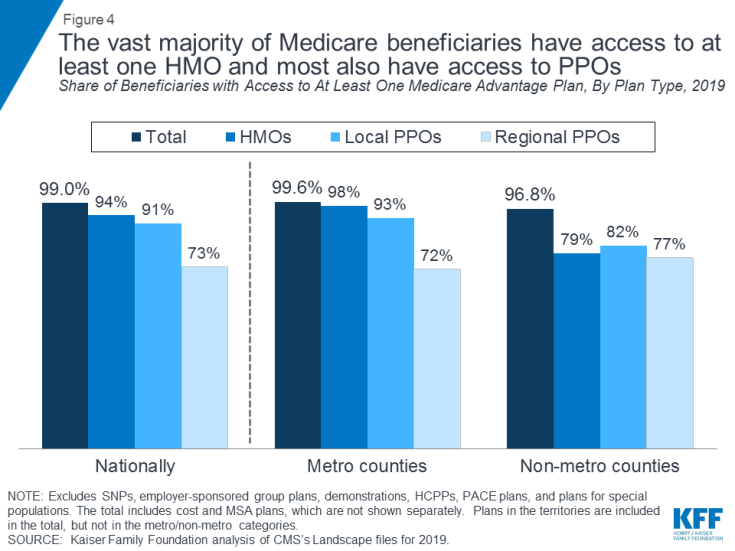 The average Medicare beneficiary will be able to choose from plans offered by 7 firms, on average, in 2019, an increase from 6 firms in 2018 (Figure 5). Nearly one in five beneficiaries (19%) will be able to choose from plans offered by 10 or more firms. The number of firms offering Medicare Advantage plans will be highest in Los Angeles County (14 firms), the New York City boroughs of Kings and Queens (14 firms each), and Miami-Dade County (13 firms). In each of these metropolitan counties, per capita spending for the traditional Medicare and the share of beneficiaries enrolled in Medicare Advantage plans are much higher than the national average. In contrast, in 194 counties, most of which are rural counties with relatively few Medicare beneficiaries, only one firm will offer Medicare Advantage plans in 2019, a reduction from 441 such counties in 2018. 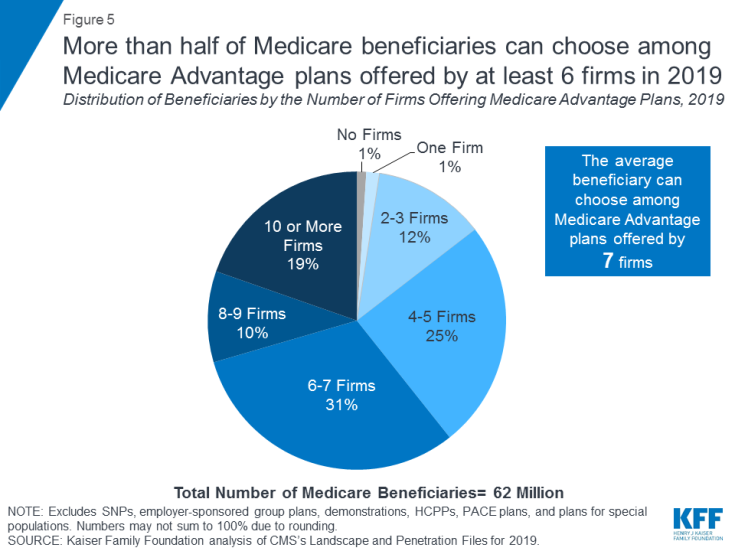 Figure 5: More than half of Medicare beneficiaries can choose among Medicare Advantage plans offered by at least 6 firms in 2019

Medicare Advantage continues to be an attractive market for insurers, with 14 firms entering the Medicare Advantage market for the first time in 2019 (Table A2). Seven the new entrants will be offering HMOs available for individual enrollment, one of which will also offer local PPOs. Eight of the new entrants will be offering SNPs, with five entrants offering I-SNPs, four entrants offering D-SNPs, and one offering C-SNPs for people with diabetes or chronic heart failure.

One of the new entrants, Devoted Health, has received venture capital funding, joining about a dozen other venture capital-funded firms offering Medicare Advantage plans in 2019. Lasso Healthcare will offer MSAs in 17 states, many of which have a relatively small share of beneficiaries in Medicare Advantage plans. MSAs operate similar to Health Savings Accounts, and include few (about 6,000) beneficiaries in 2018. Mutual of Omaha, a large insurance corporation, will be entering both the Medicare Advantage market and the stand-alone prescription drug plan (PDP) market for the first time in 2019.

The vast majority of Medicare Advantage plans for individual enrollment (90%) will include prescription drug coverage (MA-PDs), and about 45 percent of these plans will charge no premium, other the Part B premium, similar to 2018. Nine out of ten beneficiaries (90%) will have access to a MA-PD with no monthly premium in 2019. The average premium for MA-PDs (not weighted by enrollment) will be $40 per month in 2019, down from $46 per month in 2018. Medicare Advantage enrollees typically choose low premium plans, and enrollment-weighted premiums are often lower than the average premium.