In our survey of ClearPoint clients, we identified people who had faced unaffordable medical bills during the prior year.  Many who answered yes, however, had incurred medical bills much longer ago and were still struggling to pay them, or had only recently paid them or discharged old debts through bankruptcy.

The total dollar amount of medical debt held in the U.S. is difficult to measure.  Medical debt may be masked as other forms of debt, for example, when someone uses a credit card to pay a doctor bill, the amount reflected on a credit report will indicate credit card debt, not medical debt.  Similarly, when a person skips a mortgage payment in order to pay a medical bill, the resulting bank debt typically would not be counted as medical debt. 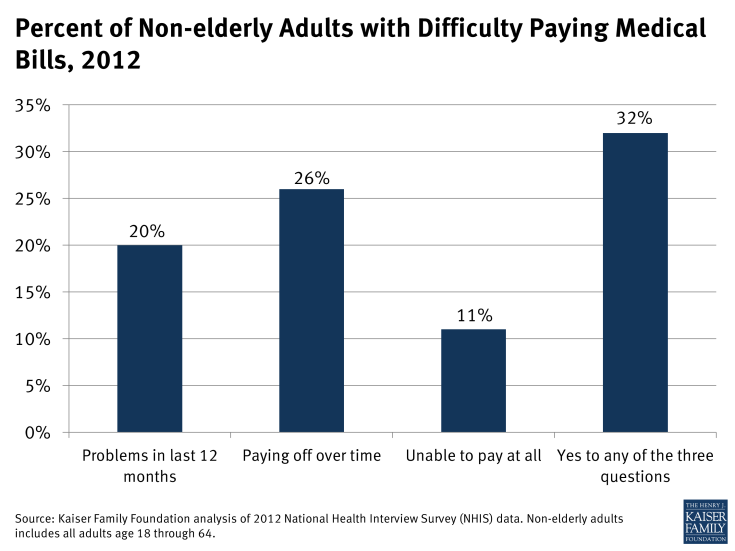 Characteristics of people interviewed for our case studies fall within the range of what broader survey data tell us about medical debt.  Our analysis of NHIS data finds that individuals and families across a range of household incomes, ages, employment, family, and insurance statuses report difficulty paying medical bills.

Health Insurance Status – Among non-elderly adults, nearly half (45%) of the uninsured report problems paying medical bills, compared to roughly one-in-four privately insured individuals.  The vast majority of people with medical debt (70%) are insured. People with employer-sponsored coverage make up the bulk (54%) of medical debt cases.  Of the people we interviewed, 16 were covered under job-based group health plans.   Two were covered by individual policies.  Five were uninsured for most or all of the time they were incurring unaffordable medical bills (including one who became uninsured when her individual policy was rescinded.) 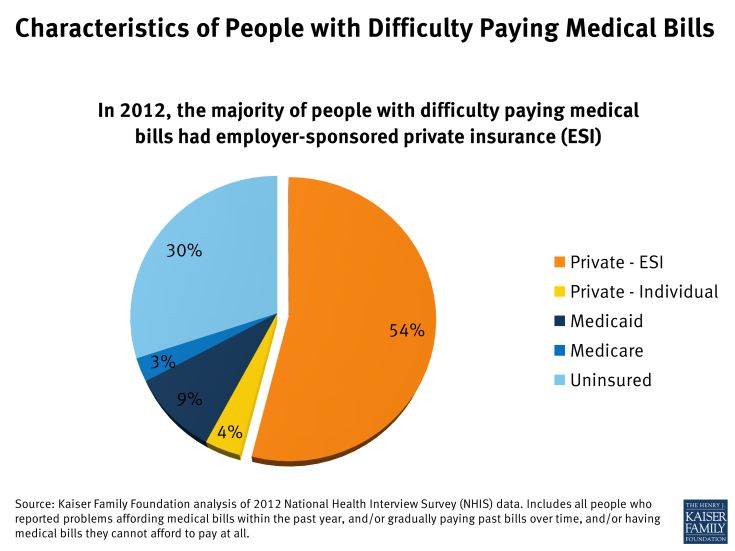 Introduction How Does Medical Debt Become a Problem for People with Health Insurance?