Section 1: Characteristics and Experiences of Those Who Report Often Feeling Lonely or Socially Isolated

Prevalence of Loneliness and Social Isolation

Consequences of loneliness: Many Americans who always or often feel lonely say it affects their physical and mental health, relationships and work, per @KaiserFamFound survey w/@Economist

More than a fifth of adults in the U.S. (22 percent) and the U.K. (23 percent) say they often or always feel lonely, feel that they lack companionship, feel left out, or feel isolated from others, about twice the share in Japan (nine percent), referred to here as those reporting loneliness or social isolation. Not everyone experiences loneliness and social isolation the same way and some do not see it as a problem for them; however, most of those reporting loneliness across the U.S., the U.K., and Japan do. About one in twenty across countries say their loneliness is a “major” problem for them. In the U.S. and the U.K. there are more saying it is a minor problem or not really a problem for them, whereas in Japan, most people who report feeling lonely say it is a major problem for them. 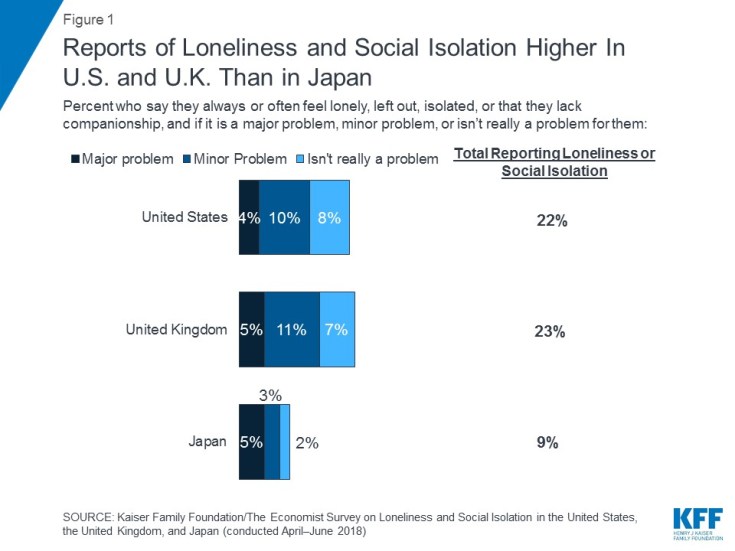 Figure 1: Reports of Loneliness and Social Isolation Higher in U.S. and U.K. Than in Japan

There are considerable differences in the share reporting loneliness or social isolation across a number of different demographics and life circumstances. The groups of people who are most likely to report being lonely or socially isolated include people who say they have few confidants, have mental health conditions, have a debilitating chronic illness or disability, are lower income, and are single, divorced, widowed, or separated. Each of these is discussed in more depth throughout this section. 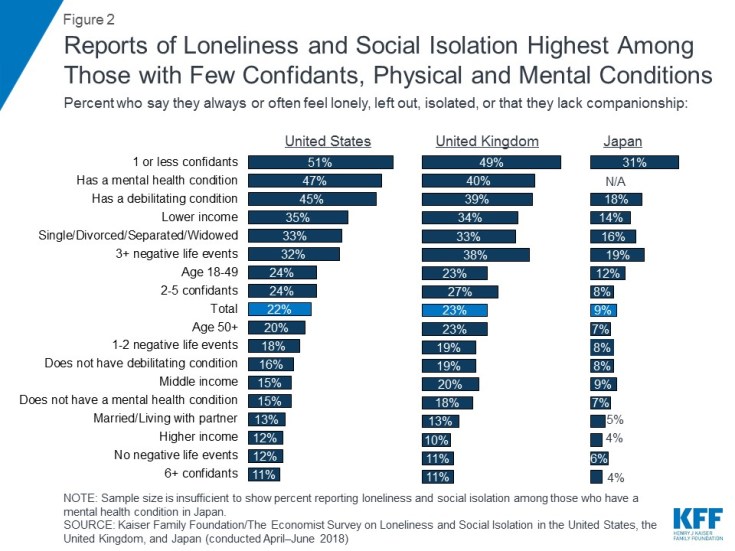 Figure 2: Reports of Loneliness and Social Isolation Highest Among Those with Few Confidants, Physical and Mental Conditions 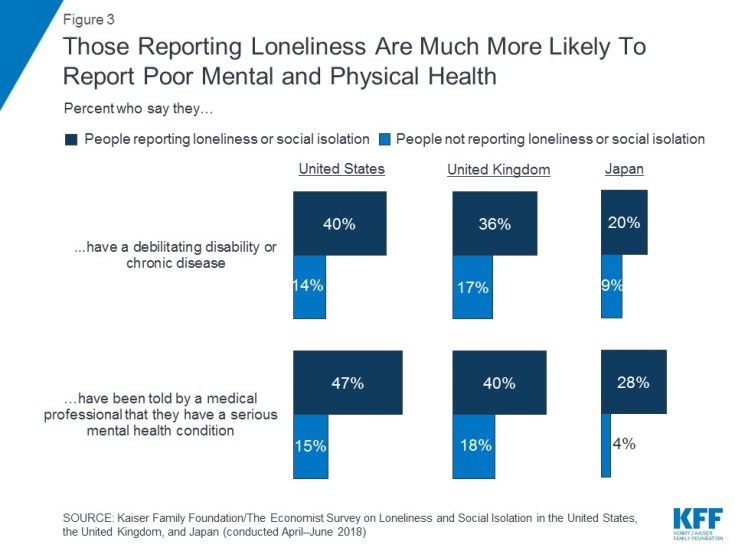 Figure 3: Those Reporting Loneliness Are Much More Likely to Report Poor Mental and Physical Health

Loneliness appears to occur in parallel with reports of real life problems and circumstances. Across countries, about six in ten say there is a specific cause of their loneliness, but when asked what the specific cause is, the responses vary considerably. More than one in ten say the death of a significant other, parent, or other person caused their feelings of loneliness, while others say physical health problems (12 percent in U.S., eight percent in the U.K. and in Japan). Fewer say things like divorce, being away from family, or mental health problems are the specific causes of loneliness. 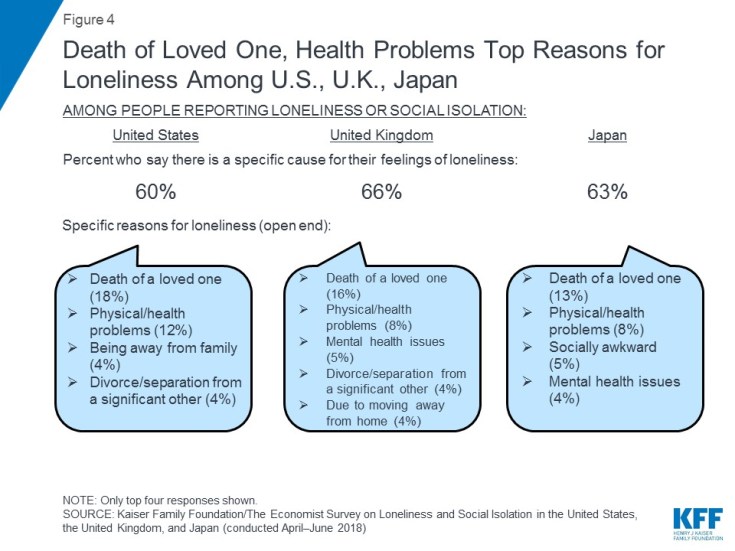 Some negative life events may exacerbate or put people at risk for feelings of loneliness and the findings show that loneliness is associated with real life challenges. For example, compared to others, people who report feeling lonely are much more likely to say they have experienced a negative change in financial status, a change in living situation, a serious injury or illness personally, or loss of a job in the past two years. 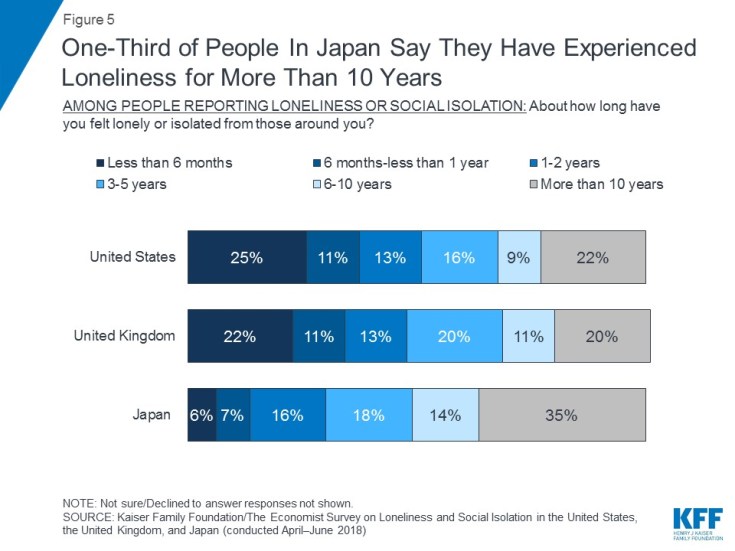 Figure 5: One-Third of People In Japan Say They Have Experienced Loneliness for More Than 10 Years

Impacts of Loneliness and Social Isolation 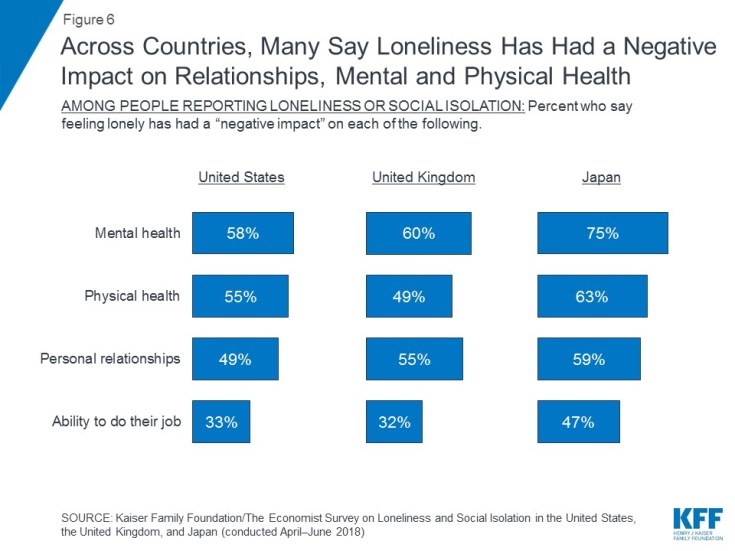 Figure 6: Across Countries, Many Say Loneliness Has Had a Negative Impact on Relationships, Mental and Physical Health 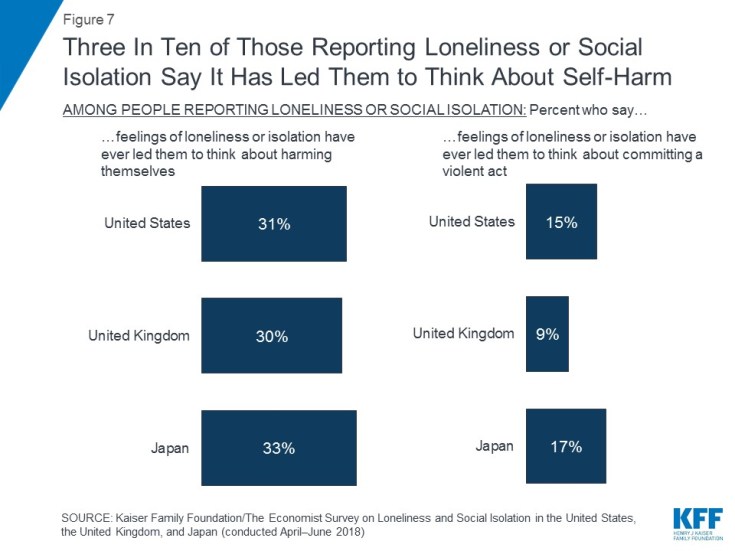 Figure 7: Three in Ten of Those Reporting Loneliness or Social Isolation Say It Has Led Them to Think About Self-Harm

In addition to the specific impacts of loneliness, those reporting loneliness or isolation are much more likely to express general dissatisfaction with a number of different life domains, particularly when it comes to personal finances or employment, but also in housing and family life. 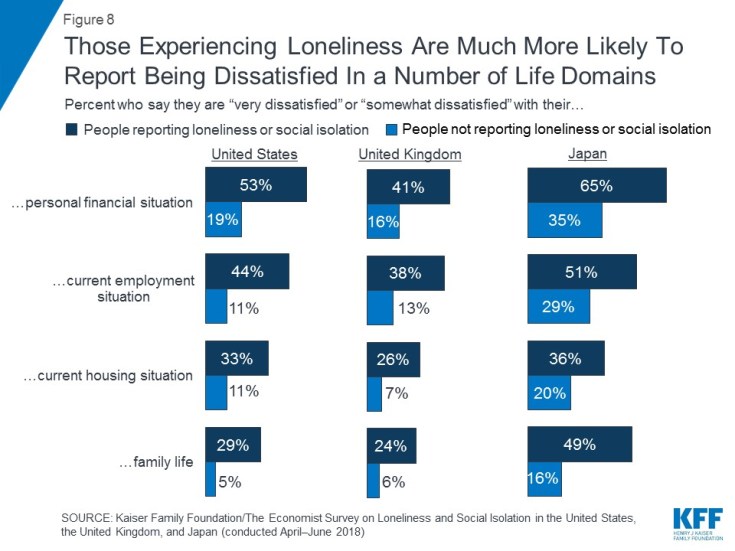 Figure 8: Those Experiencing Loneliness Are Much More Likely To Report Being Dissatisfied In a Number of Life Domains

Across countries, people experiencing loneliness are much more likely than others to say they have “just a few” or “no” people nearby they can rely on for help or support. 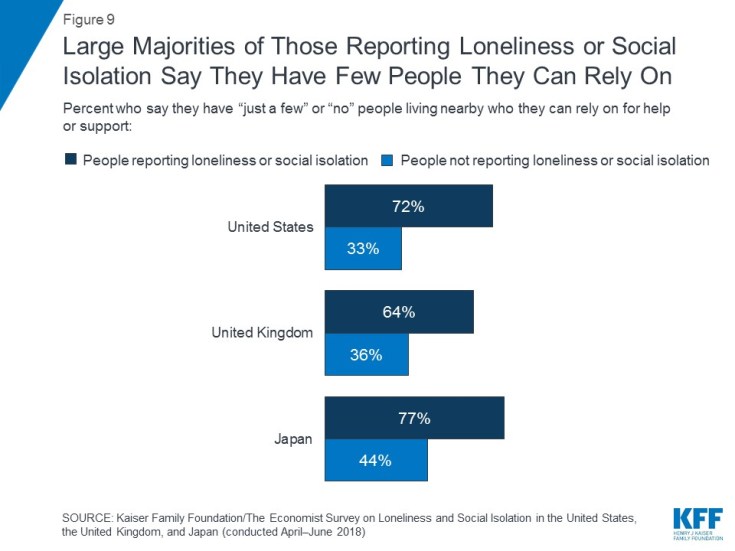 Figure 9: Large Majorities of Those Reporting Loneliness or Social Isolation Say They Have Few People They Can Rely On

Specifically when it comes to the number of confidants people have with whom they can discuss personal matters, those who report feelings of loneliness and social isolation report having fewer confidants than others. For example, in the U.K., 11 percent of adults who report feeling lonely or socially isolated say they have no one with whom they can discuss things that are personally important to them and another 33 percent say they have one or two confidants, compared with 1 and 13 percent for others in the U.K. 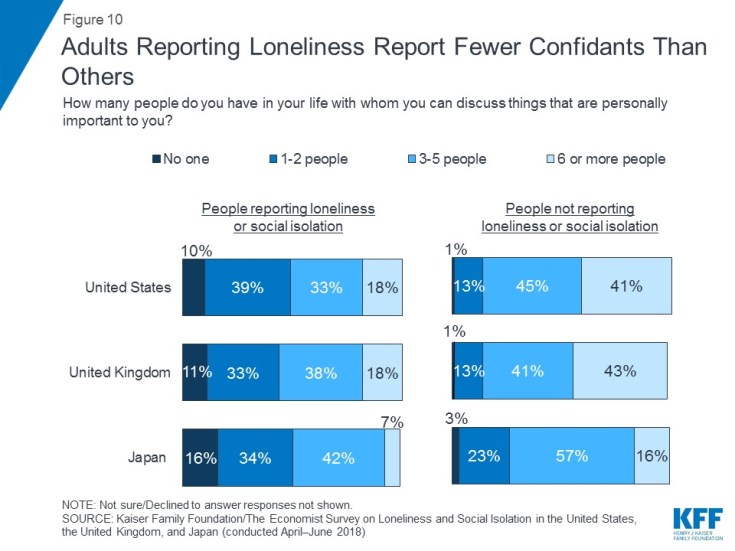 And, more generally, across the three countries, those reporting loneliness are more likely to be dissatisfied with the number of meaningful connections they have with neighbors, family members and friends.

Figure 11: Those Reporting Loneliness Express Dissatisfaction with the Number of Meaningful Personal Connections They Have

While some experiencing loneliness may be dissatisfied with the number of meaningful connections they have or have few confidants, many (roughly half or more) in the U.S. and the U.K. report talking to family or friends at least a few times a week either in person or over the phone. In Japan, it appears to be much less common to talk with family members frequently and roughly a fifth of those experiencing loneliness say they are in contact with family members in person or over the phone at least a few times a week. In each country, those who are lonely generally report communicating with friends and family less frequently than those who don’t report loneliness.

There are a number of different ways people may cope with loneliness, some more positive than others. Across countries, the most commonly reported coping mechanisms were distracting oneself with television, or computer or video games and reliving memories from the past, with about seven in ten or more saying they almost always or sometimes do these things when they feel lonely. Majorities report talking to a friend or relative, browsing the internet or social media sites or exercising. On the more negative side, across countries, four in ten say they overeat at least sometimes when feeling lonely, a third or more say they at least sometimes smoke cigarettes or use other tobacco products when feeling lonely, and two in ten say they at least sometimes abuse alcohol or drugs. 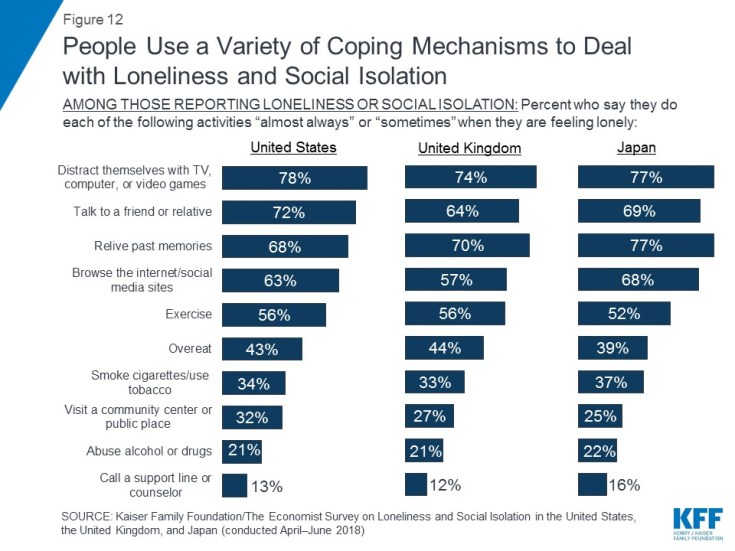 Figure 12: People Use a Variety of Coping Mechanisms to Deal with Loneliness and Social Isolation

Across countries, majorities say they have talked to someone about their feelings of loneliness, but still others say they haven’t talked to anyone about it. Most commonly, they report talking to a close friend or family member, but some report talking to a doctor or other health professional, a mental health professional, or a religious or spiritual advisor. 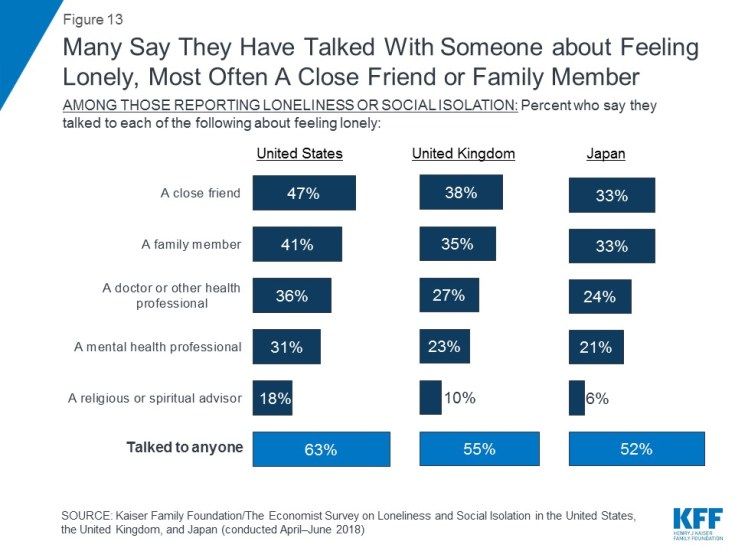 Figure 13: Many Say They Have Talked with Someone about Feeling Lonely, Most Often A Close Friend or Family Member

Introduction Section 2: The Public’s Perceptions of Loneliness and Social Isolation