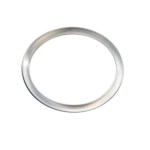 The vaginal ring is a hormonal contraceptive method in the form of a small, flexible ring that is inserted vaginally by a woman once every three weeks, and then removed and discarded for the remaining week each month. Currently, the NuvaRing is the only FDA-approved vaginal ring. The NuvaRing functions by releasing estrogen and progestin, the same hormones in the combination birth control pill. The NuvaRing is effective for three weeks, and has a typical use failure rate of 9%, meaning the percentage of women who experience an unintended pregnancy within the first year of using the contraceptive method. One NuvaRing (which lasts for 30-days) costs between $15 to $80 per month.

Birth control patches are applied topically and stick directly on the skin, releasing estrogen and progestin into the bloodstream. A new patch is applied once a week for three weeks, followed by one patch-free week. The patch may be less effective for overweight women, and though the typical use failure rate is 9%, it may be higher for women whose weight is at or over 198 pounds.1

Three patches (a 30-day supply) costs about $15 to $80. Until recently, OrthoEvra was the only patch available. The generic patch, Xulane, became available in April,2014. Since we started this study, Janssen Pharmaceuticals, the manufacturer of the OrthoEvra patch has discontinued production of the patch. Going forward, the generic alternative will be the only patch available.

The birth control injection is a shot administered typically in the arm by a clinician in a clinic or out-patient setting once every three months. The shot releases the hormone DMPA, a progestin, to prevent pregnancy. The typical use failure rate for the injection is 6%. The brand-name Depo-Provera is an intramuscular injection, while Depo-subQ Provera 104 is a newer, brand-name subcutaneous injection. The formulation for the Depo subQ Provera 104 injection provides slower and more sustained absorption of the progestin than intramuscular Depo-Provera. This enables a lower dose of progestin (104 mg versus 400 mg) and reduces peak blood levels by half, but with the same duration of effect as conventional intramuscular Depo-Provera. In addition to the lower dose, subcutaneous administration can be less painful than intramuscular injection. There is a generic equivalent for Depo-Provera, but not Depo-subQ Provera 104. One injection lasts for three months and costs $35 to $100 (excluding office exam fees).

A contraceptive implant is a thin, plastic hormone- releasing rod that is inserted under the skin of a woman’s arm by a health care provider. Implanon and Nexplanon, the brand name implants, are each effective for three years and work by releasing progestin into the body. Nexplanon is newer than Implanon and is designed to be visible through x-ray, CT scan, ultrasound scans, or MRI, and has a different applicator. Both implants are long-acting reversible contraceptives and have the lowest typical use failure rate of all FDA-approved contraceptives at .05%. After use, implants must be removed by a provider in a clinic or outpatient setting. Implants cost $400 to $800 (excluding exam fees).

Along with implants, intrauterine devices (IUDs) fall under the category of long-acting reversible contraceptives (LARCs). IUDs are plastic T-shaped contraceptives that are inserted into the uterus by a health care provider. There are two types of IUDs available in the United States, hormonal and copper. Currently, there are two hormonal IUD’s on the market – Mirena and Skyla – and a third hormonal IUD Liletta was approved by the FDA in February 2015. While both Mirena and Skyla release progestin, Mirena releases slightly more progestin per day into the body, is slightly larger, and is effective for up to five years compared to Skyla, which is effective for up to three years. The typical use failure rate for Mirena is .2%, and .9% for Skyla.

The copper IUD is non-hormonal and goes by the brand name ParaGard. It prevents pregnancy by preventing sperm from reaching and fertilizing the egg, and possibly by preventing the egg from attaching in the uterus. It is effective for up to 10 years, has a typical use failure rate of .8% and can be used as emergency contraception up to five days after unprotected sex or contraceptive failure. All IUD’s must be removed by a health care provider in a clinic or outpatient setting. IUDs cost between $500 and $1,000 (excluding exam fees).

IUDs are typically inserted in a physician’s office or other outpatient setting. One carrier noted that IUDs can be expensive for doctors to purchase and stock in their offices. Doctors who do not stock IUDs can obtain them “on demand” from a specialty pharmacy, but this may require that women come back to the provider for a second visit.

Emergency contraception (EC) is used to prevent pregnancy after unprotected sex or contraceptive failure. There are several methods of EC that are available in the U.S. including progestin-based pills, ulipristal acetate, and copper IUDs. Unlike the copper IUD, EC pills are not intended for use as a regular contraceptive method.

Ulipristal acetate, marketed as ella, was approved by the FDA in 2010 for sale and use in the U.S. Ella is a single-dose pill that is effective in preventing pregnancy up to five days after unprotected intercourse, giving women a longer timeframe to prevent unintended pregnancy than Plan B. Unlike progestin-based EC, a prescription is required for ella.

Recent studies have raised questions about the effectiveness of EC pills in preventing unintended pregnancy in overweight and obese women. While these studies do not conclusively establish specific weight or body mass index (BMI) thresholds for progestin-based EC pills or ella, it is suggested that women with BMI thresholds greater than 25 take ella rather than a progestin-based formulation.2 However, the effectiveness of ella appears to diminish at BMI thresholds above 35.3

Regardless of the setting in which it is performed, sterilization is performed by a clinician and requires ancillary services and follow-up care. There are different procedures to achieve sterilization. Surgical sterilization closes the fallopian tubes by being cut, tied, or sealed. This stops the eggs from going down to the uterus where they can be fertilized. The surgery can be done a number of ways: laparoscopic, hysteroscopic, and mini laparotomy. Essure is the first non-surgical method of sterilizing women. A thin tube is used to thread a tiny spring-like device through the vagina and uterus into each fallopian tube. The device works by causing scar tissue to form around the coil. This blocks the fallopian tubes and stops the egg and sperm from joining. Coverage of this sterilization was more complicated to ascertain than other methods.