Effective November 3, 2019, the proclamation would suspend entry of immigrants unless they can prove they will be covered by approved health insurance within 30 days of entry into the U.S. or that they have financial resources to pay for reasonably foreseeable medical costs.

Approved health coverage. Under the proclamation, approved health insurance would include employer-sponsored and other private coverage, including unsubsidized coverage through the ACA Marketplaces, short-term plans, traveler plans, or catastrophic plans. Subsidized Marketplace coverage and Medicaid coverage for adults would not count as approved coverage. State or local programs and other programs, like Ryan White, are also not included as approved coverage in the proclamation.

Individuals subject to the proclamation will need to establish that they meet its requirements to the satisfaction of a consular officer before an immigrant visa is issued. The proclamation indicates that the Secretary of State may establish standards and procedures for these determinations.

An earlier regulation from the Trump administration made changes to public charge policies that will make it harder for immigrants to adjust to lawful permanent resident status or get a green card if they are low-income, sick, or likely to enroll in Medicaid. It is likely that the confusion and chilling effect surrounding the regulation will lead to declines in Medicaid and CHIP coverage among immigrant families beyond those directly affected by the changes and increase the uninsured rate among immigrant families.

Noncitizens are more likely to be uninsured than citizens, but citizens account for the majority of the total uninsured. Noncitizens, including lawfully present and undocumented immigrants, are significantly more likely to be uninsured than citizens, reflecting limited eligibility for coverage options and enrollment barriers. As of 2017, among the total nonelderly population, 23% of estimated lawfully present immigrants and more than four in ten (45%) estimated undocumented immigrants were uninsured compared to fewer than one in ten (8%) citizens (Figure 1). Despite the higher uninsured rate among noncitizens, citizens still accounted for three-quarters of the total 27.4 million uninsured. 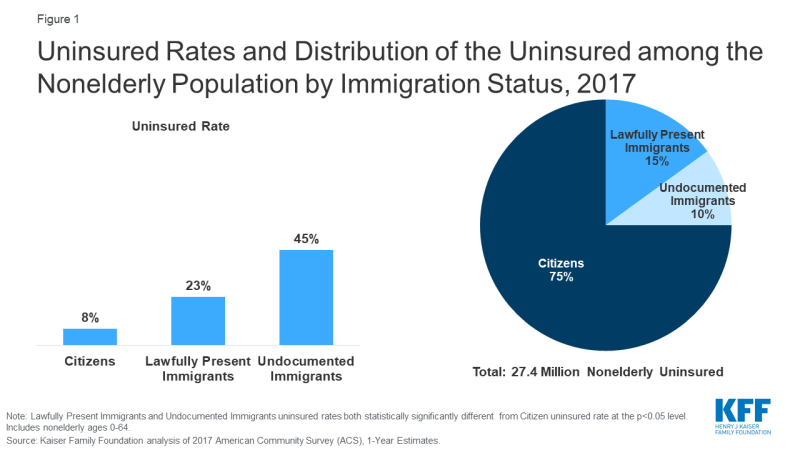 Figure 1: Uninsured Rates and Distribution of the Uninsured among the Nonelderly Population by Immigration Status, 2017 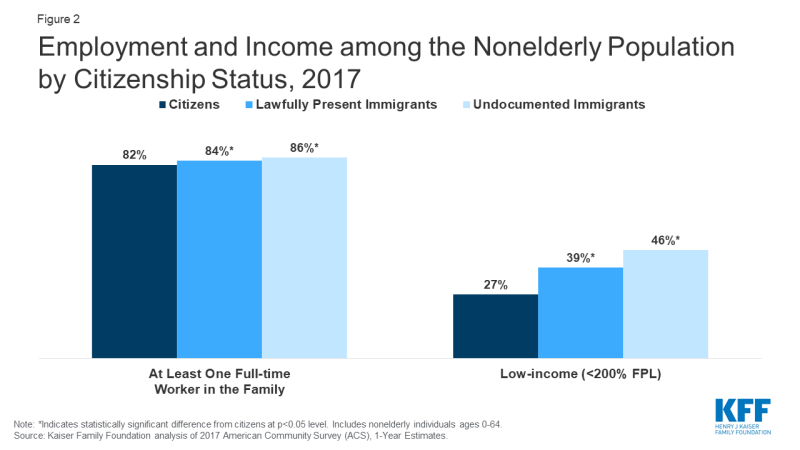 Figure 2: Employment and Income among the Nonelderly Population by Citizenship Status, 2017

Research shows immigrants tend to be younger and healthier and to use less health care than U.S born individuals. Data show that immigrants spend less on health care, compared to their U.S. born counterparts, and make larger out-of-pocket health care payments compared to nonimmigrants.4 Immigrants have lower spending, in part, because they use less care due to their low coverage rates and limited access to care.5 They also tend to be younger and healthier than nonimmigrants, although this health difference decreases over time as immigrants spend longer in the United States.6

Though uninsured people are less likely to access care than those with coverage, when they do seek care they are typically billed for these services. Most uninsured people do not receive health services for free or at reduced charge, and many are asked to pay in full up front before they receive care.7 As a result, when uninsured people use care, they are at risk of incurring medical debt. Like other uninsured individuals, many immigrants without coverage can obtain low-cost care through community health centers. Moreover, under federal law, hospitals are required to screen and stabilize every patient who seeks emergency care.