This fact sheet draws on data from “Health and Health Coverage in the South: A Data Update” to highlight findings for South Carolina. The findings show the current status of health and health coverage in the state and the potential coverage gains that may be achieved through the ACA. 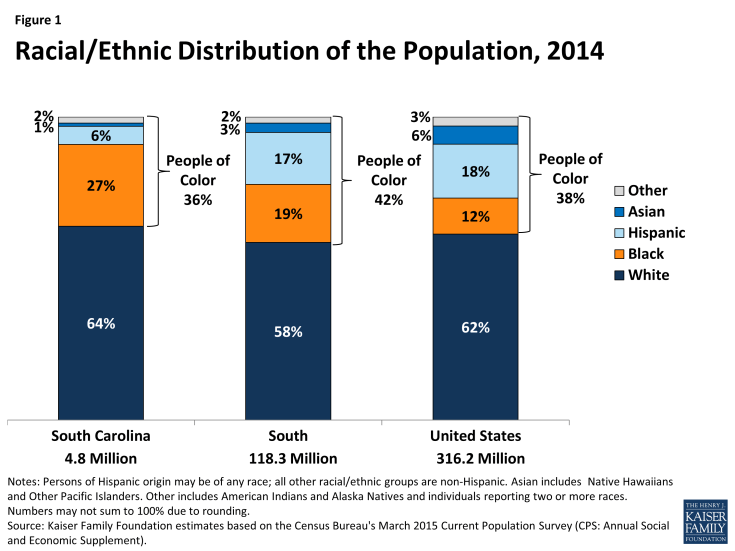 Figure 1: Racial/Ethnic Distribution of the Population, 2014

Nearly one in five (17%) South Carolinians is poor. The poverty rate in South Carolina is consistent with the Southern region and slightly higher than the overall rate for the U.S. (17% vs. 15%) (Figure 2). 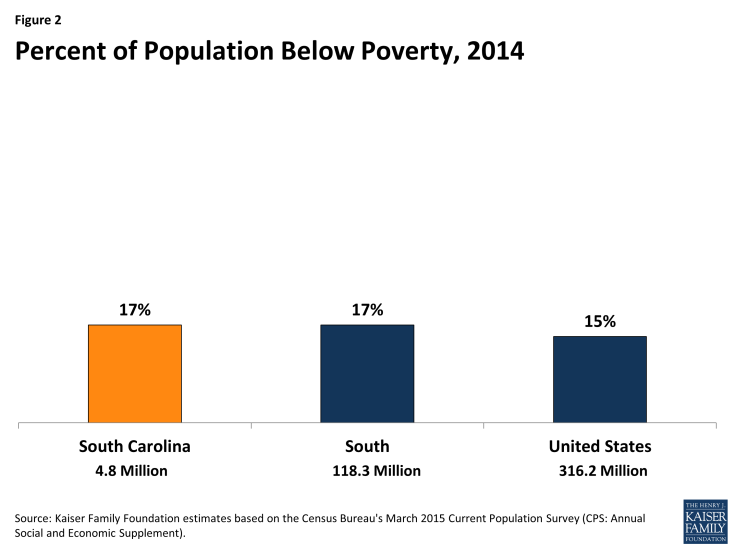 Figure 2: Percent of Population Below Poverty, 2014

There are significant health needs among South Carolinians. In South Carolina, one in five (20%) adults reports fair or poor health status, over one in ten (12%) adults have been told by a doctor they have diabetes, and two-thirds (67%) of adults are overweight or obese (Figure 3). South Carolina also has high infant mortality and cancer death rates compared to rates for the United States (Figure 4). 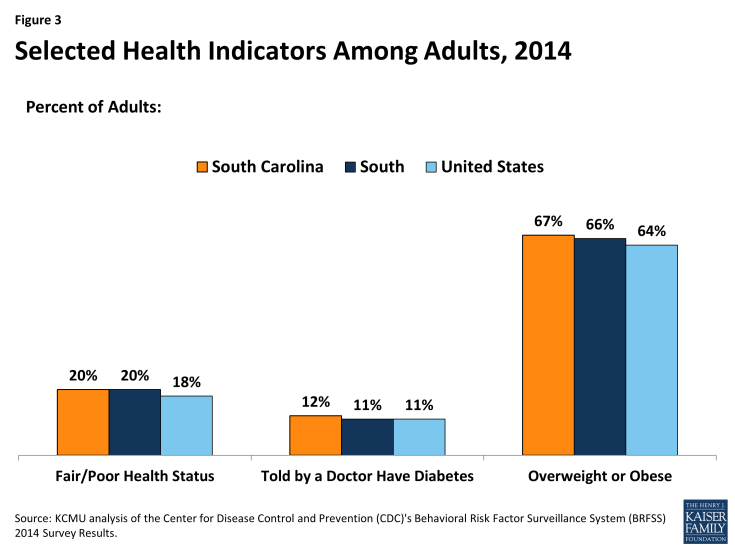 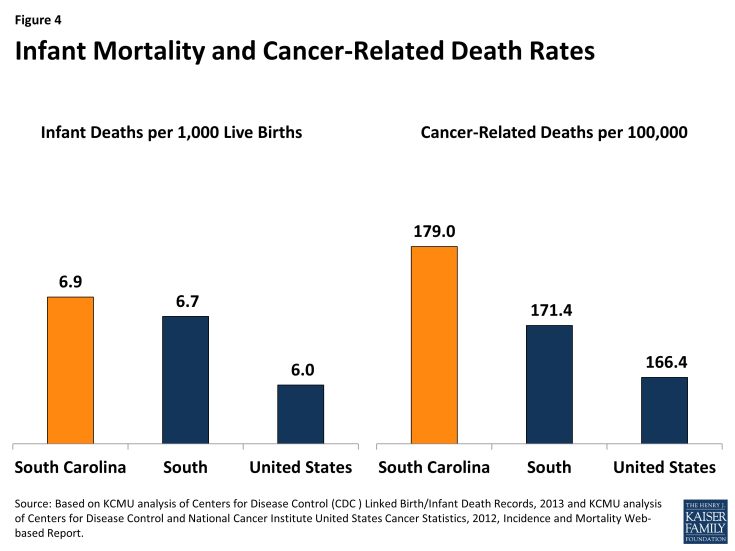 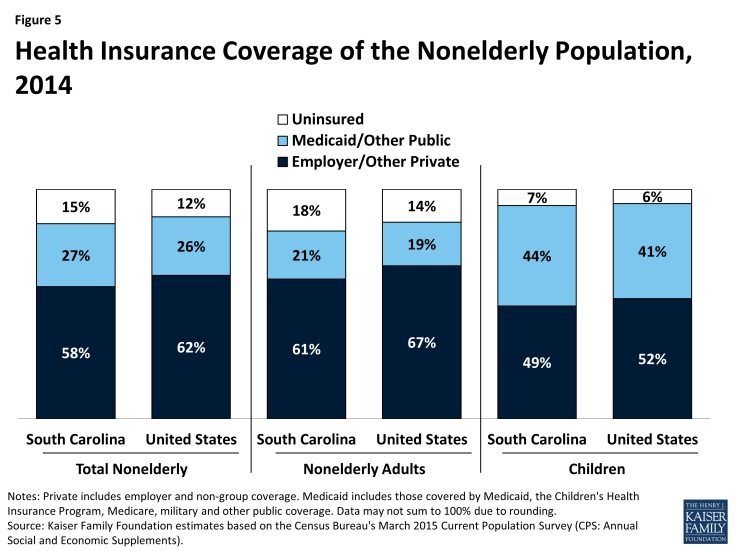 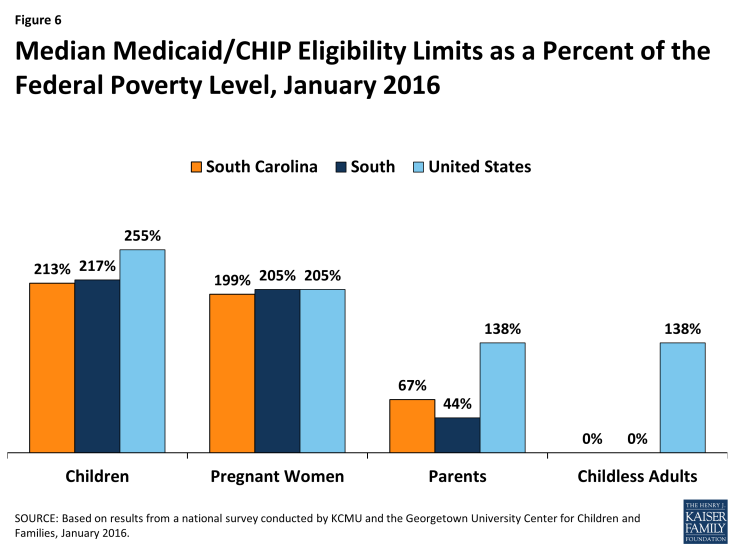 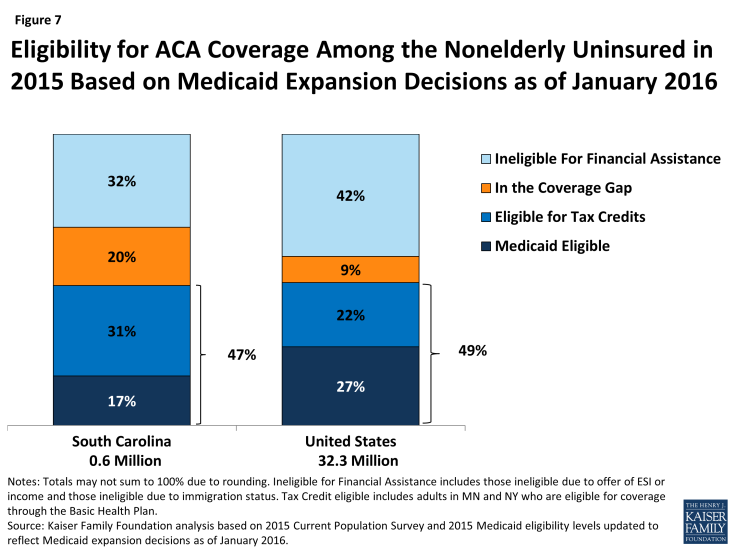 Figure 7: Eligibility for ACA Coverage Among the Nonelderly Uninsured in 2015 Based on Medicaid Expansion Decisions as of January 2016 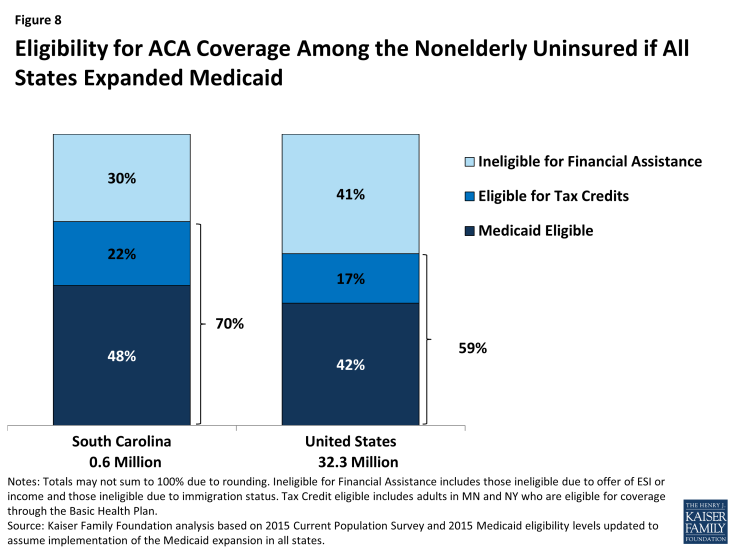 Figure 8: Eligibility for ACA Coverage Among the Nonelderly Uninsured if All States Expanded Medicaid