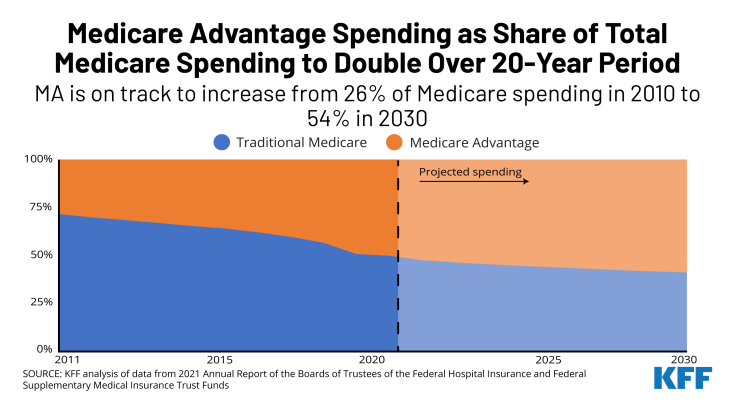 Payments to Medicare Advantage plans as a share of total Medicare spending on Part A and Part B services have increased from 26% in 2010 to 45% in 2020, and are expected to rise to 54% in 2030, accounting for more than half of Medicare Part A and B spending by 2024.

The higher spending also contributes to Medicare’s solvency and affordability challenges, including the projected depletion of the Hospital Insurance Trust Fund in 2026, and rising Part B premiums for all Medicare beneficiaries, including those in traditional Medicare.