Medicare, the federal health program that provides health care and coverage to 54 million seniors and younger adults with permanent disabilities, is in the midst of an unprecedented slowdown in spending growth.  A new issue brief from the Kaiser Family Foundation, How Much of the Medicare Spending Slowdown Can be Explained? Insights and Analysis from 2014, examines the factors that help explain why Medicare is on track to spend an estimated $580 billion in 2014, instead of the $706 billion forecast by the Congressional Budget Office in 2009.  Medicare accounts for 14 percent of the federal budget and 20 percent of national health care expenditures. 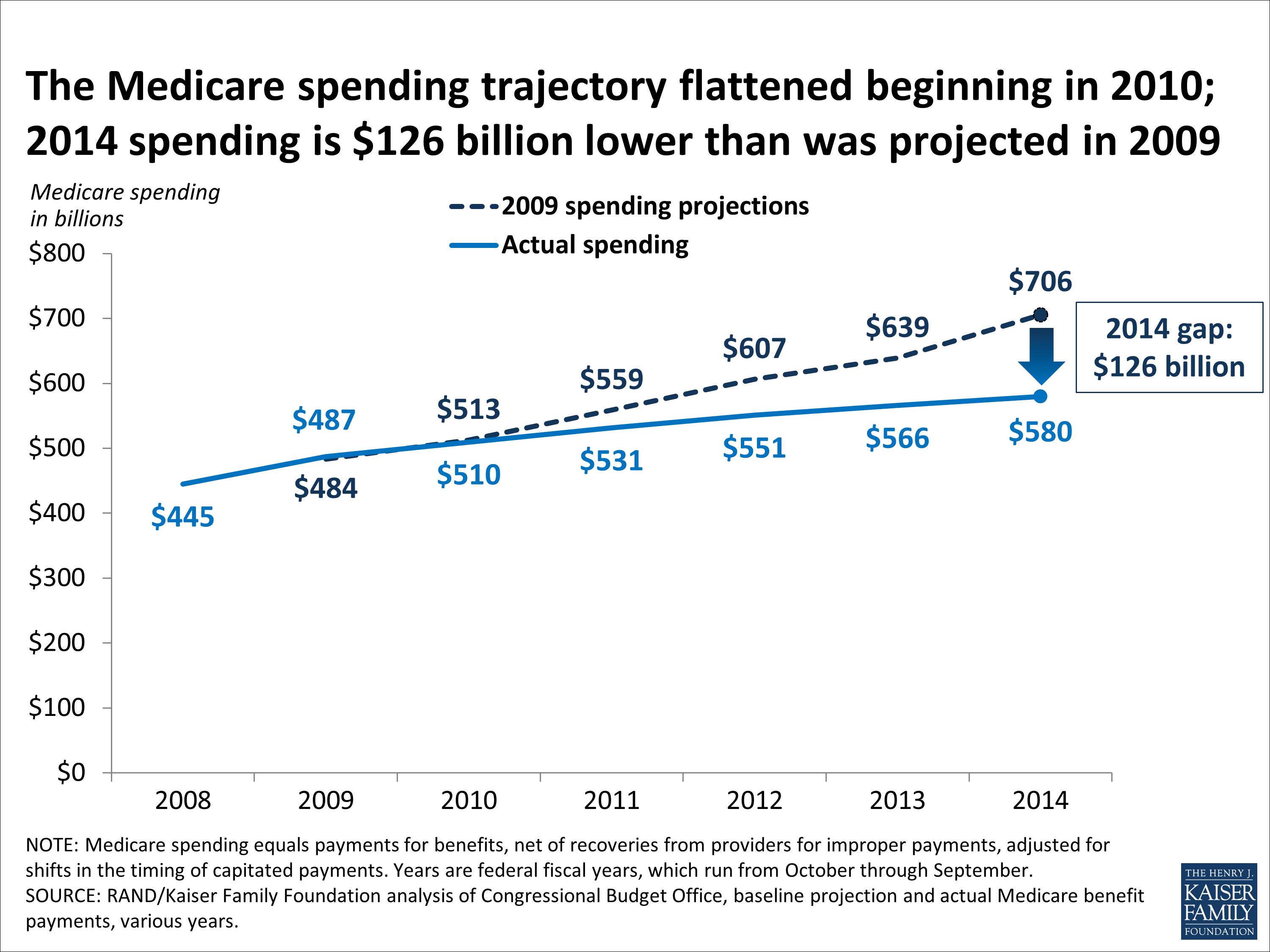 The study synthesizes information from a variety of sources, and presents new analysis to assess the extent to which lower-than-projected Medicare spending in 2014 can be explained by deliberate policy and program changes, unexpected trends, and other factors.  The analysis finds that about half of the gap between projected and actual Medicare spending in 2014 is explained by reductions in payments to providers and plans included in the Affordable Care Act of 2010 and the Budget Control Act of 2011.  Other explanatory factors include the unanticipated slowdown in Medicare prescription drug spending caused by lower drug prices and other policy changes.  Yet what accounts for more than one-third of the net $126 billion gap between projected and actual spending for 2014 remains unclear.  The study reviews a number of factors that could potentially explain the spending slowdown in 2014 for which empirical evidence is not yet available.  The study was authored by researchers at RAND Corporation and the Kaiser Family Foundation.