On February 2, 2015, the Office of Management and Budget released President Obama’s budget for fiscal year (FY) 2016, which includes provisions related to Medicare. The President’s budget proposal would use federal savings and revenues to reduce the deficit, replace sequestration of Medicare and other federal programs for 2016 through 2025, and pay for new spending priorities. 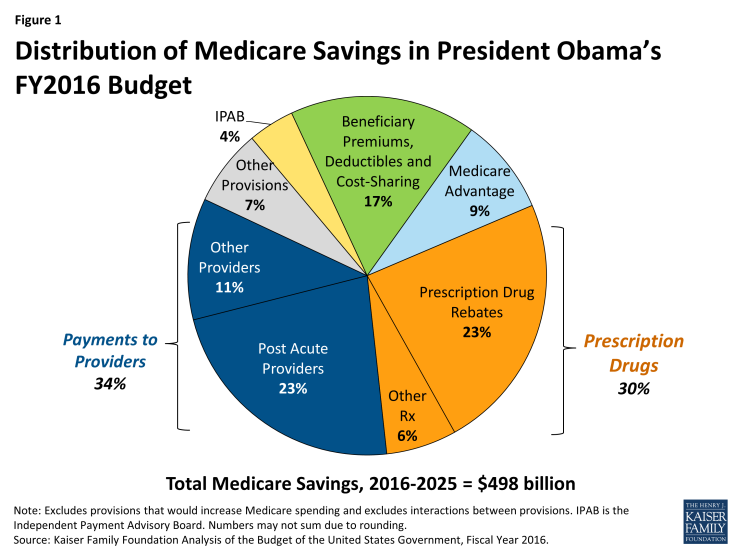 Many of the proposals in the President’s FY2016 budget were included in the FY2015 budget; new provisions are denoted with asterisks. Total budget estimates reflect the net 10-year budget effects of these proposals, FY2016-2025; for proposals implemented after 2016, the effects are for fewer than 10 years.

Summary of Medicare Provisions in the President’s Budget

Medicare Payments to Other Providers