During the Medicare open enrollment period from October 15 to December 7 each year, beneficiaries can enroll in a plan that provides Part D drug coverage, either a stand-alone prescription drug plan (PDP) as a supplement to traditional Medicare, or a Medicare Advantage prescription drug plan (MA-PD), which covers all Medicare benefits, including drugs. This issue brief provides an overview of the 2019 PDP landscape, the largest segment of the Medicare Part D marketplace, with 20.6 million enrollees in 2018.

Current stand-alone #Medicare drug plan enrollees are projected to see a modest two percent increase in monthly premiums if they remain in their current plan for 2019, with an average premium of $41.21 per month, up from $40.57 this year. 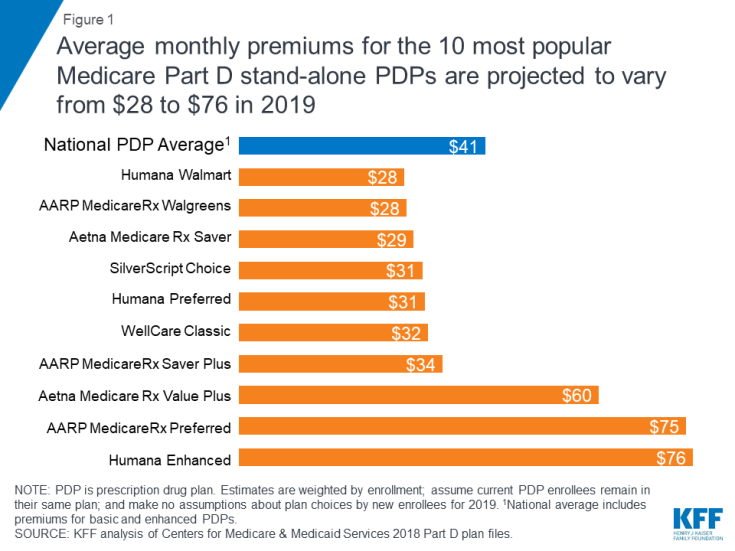 Figure 1: Average monthly premiums for the 10 most popular Medicare Part D stand-alone PDPs are projected to vary from $28 to $76 in 2019

A larger number of Part D plans will be offered in 2019 than in recent years. 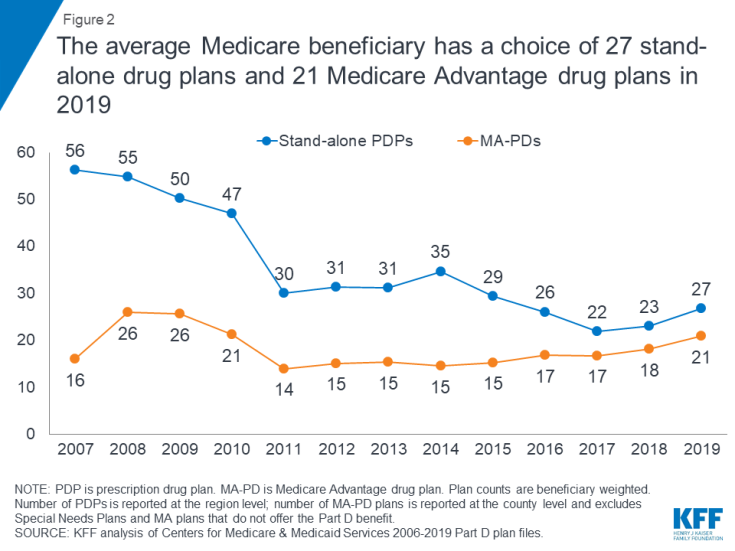 Figure 2: The average Medicare beneficiary has a choice of 27 stand-alone drug plans and 21 Medicare Advantage drug plans in 2019 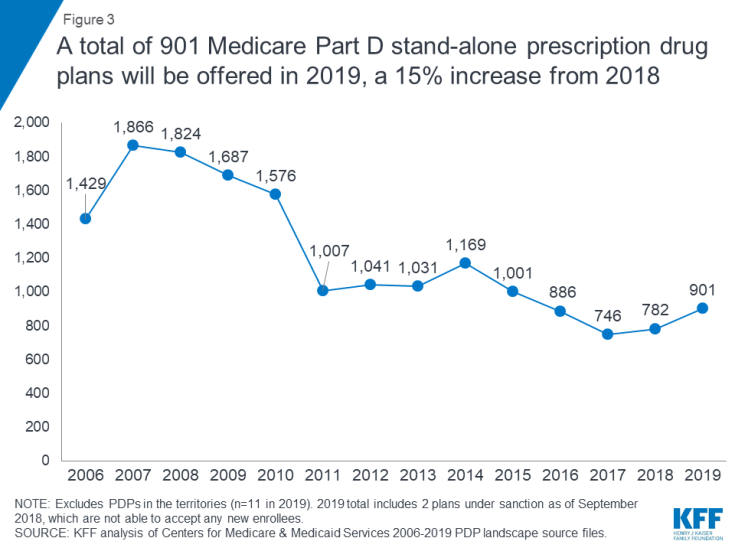 This increase is likely due to the elimination of the “meaningful difference” requirement for enhanced benefit PDPs offered by the same organization in the same region. Eliminating this requirement means that PDP sponsors no longer have to demonstrate that their enhanced PDPs offered in the same region are meaningfully different in terms of enrollee out-of-pocket costs. In 2019, 61% of PDPs (553 plans) will offer enhanced Part D benefits—an increase from 2018 when 54% of PDPs (421 plans) offered enhanced benefits.

The national average monthly PDP premium is expected to increase for the fourth year in a row, but only modestly for 2019. 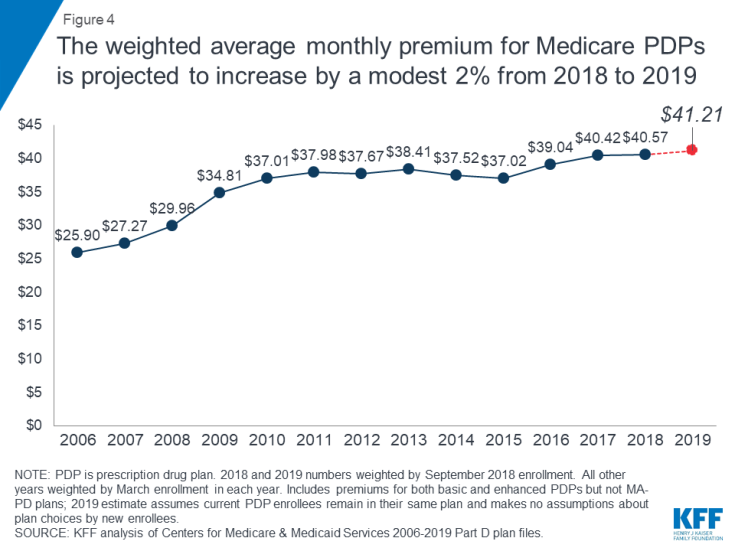 Figure 4: The weighted average monthly premium for Medicare PDPs is projected to increase by a modest 2% from 2018 to 2019

PDP premiums will continue to vary widely across plans in 2019, as in previous years.

Changes to premiums from 2018 to 2019, averaged across regions and weighted by September 2018 enrollment, also vary widely across some of the most popular PDPs, as do the absolute amounts of monthly premiums for 2019. 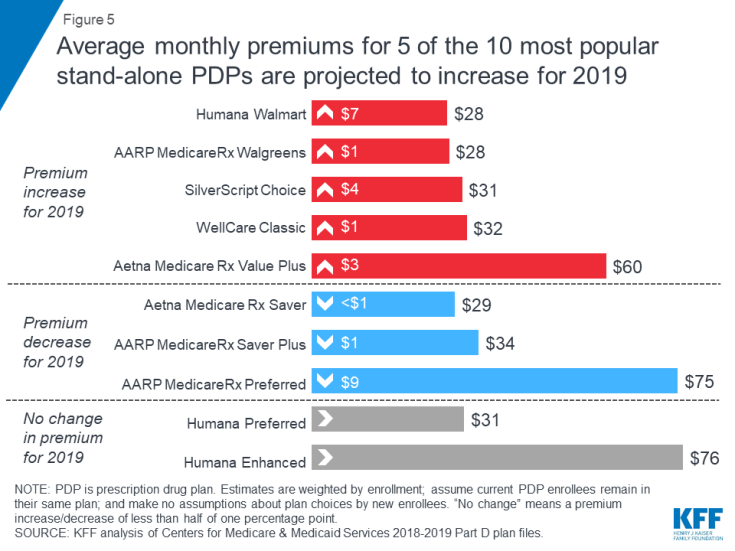 Figure 5: Average monthly premiums for 5 of the 10 most popular stand-alone PDPs are projected to increase for 2019

Average PDP monthly premiums for 2019 will vary across the 34 PDP regions.

In 2019, all PDPs will offer an alternative benefit design, different from the defined standard benefit, which has a $415 deductible (an increase from $405 in 2018) and 25 percent coinsurance for all covered drugs between the deductible and the initial coverage limit. Part D plans must offer either the defined standard benefit or an alternative equal in value (“actuarially equivalent”), which is the basic Part D benefit, and can also provide enhanced benefits. Plans with enhanced benefits can have a lower (or no) deductible, reduced cost sharing, and/or a higher initial coverage limit than under the standard benefit design.

In 2019, virtually all PDPs will have a benefit design with five tiers for covered generic and brand-name drugs and cost sharing other than the standard 25 percent. As of 2019, Part D enrollees will no longer be exposed to a coverage gap, sometimes called the “donut hole”, when they fill their brand-name medications. Under changes made by the Bipartisan Budget Act of 2018, Part D enrollees’ out-of-pocket costs for brand-name drugs between the initial coverage limit and the catastrophic coverage threshold (the coverage gap phase) will decline from 35 percent of total costs in 2018 to 25 percent in 2019—rather than in 2020—while plans’ share of costs for brands will decrease to 5 percent and the manufacturer discount will increase from 50 percent to 70 percent. Enrollees will pay 37 percent of the cost for generic drugs in the gap and plans will pay 63 percent.

In 2019, 215 plans will be premium-free benchmark plans—that is, PDPs available for no monthly premium to beneficiaries receiving the Low-Income Subsidy (LIS). This total is one less than in 2018 and the lowest number of benchmark plans since Part D started in 2006 (Figure 6, Table 1). 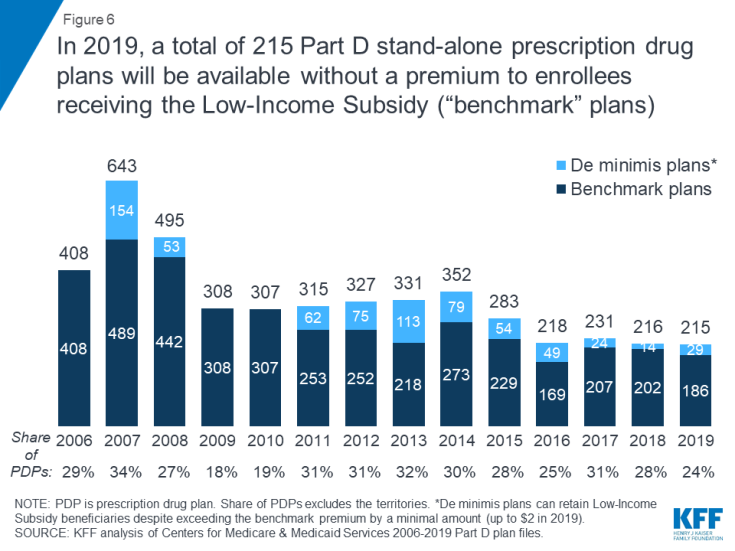 Figure 6: In 2019, a total of 215 Part D stand-alone prescription drug plans will be available without a premium to enrollees receiving the Low-Income Subsidy (“benchmark” plans) 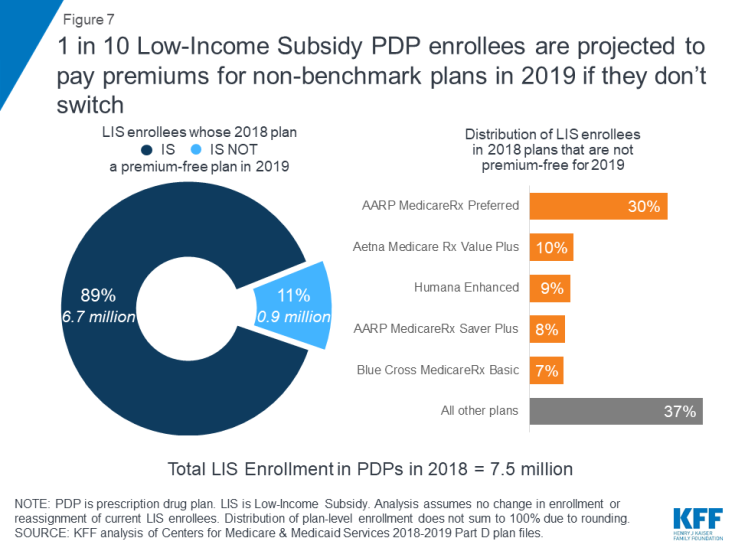 Figure 7: 1 in 10 Low-Income Subsidy PDP enrollees are projected to pay premiums for non-benchmark plans in 2019 if they don’t switch

Our analysis of the Medicare Part D stand-alone drug plan landscape for 2019 shows an increase in plan availability for 2019, along with a modest increase in the average monthly PDP premium. Medicare beneficiaries face more than two dozen PDP choices during this year’s open enrollment period. Some Part D enrollees who choose to stay in their current plans may see lower premiums and lower cost sharing for their drugs, but others will face higher premiums, deductibles, and cost sharing if they remain in their current plans. As in prior years, all Part D enrollees could benefit from the opportunity to compare plans during open enrollment, since plans vary in numerous ways that can have a significant effect on an enrollee’s out-of-pocket spending.