As states continue to implement various aspects of the Affordable Care Act (ACA), developing and expanding home and community-based alternatives to institutional care remains a priority for many state Medicaid programs. 2013 marked the first time that home and community-based services (HCBS) accounted for a majority (51%) of national Medicaid long-term services and supports (LTSS) spending, increasing from 18 percent in 1995.1 The share of Medicaid LTSS spending devoted to HCBS has continued to rise, reaching 53 percent in 2014.0F2 At the same time, state Medicaid programs are operating at a time when state revenues are slowing, forcing more moderate spending growth and, as of 2016, continue to face the competing priorities of implementing the ACA’s streamlined eligibility and enrollment processes, determining whether to adopt the ACA’s Medicaid expansion, and pursuing a variety of delivery and payment system reforms.

This report summarizes the key national trends to emerge from the latest (2013) participant and expenditure data for the three main Medicaid HCBS programs: (1) the mandatory home health services state plan benefit, (2) the optional personal care services state plan benefit, and (3) optional § 1915 (c) HCBS waivers. It also briefly discusses the provision of Medicaid HCBS through § 1115 demonstration waivers and highlights findings from a 2015 survey of Medicaid HCBS participant eligibility, enrollment, and provider reimbursement policies, including those related to the U.S. Department of Labor (DOL) direct care worker rules and the Centers for Medicare and Medicaid Services’ (CMS) home and community-based settings rule. States also may provide HCBS through various options offered by the ACA, which are outside the scope of this report. 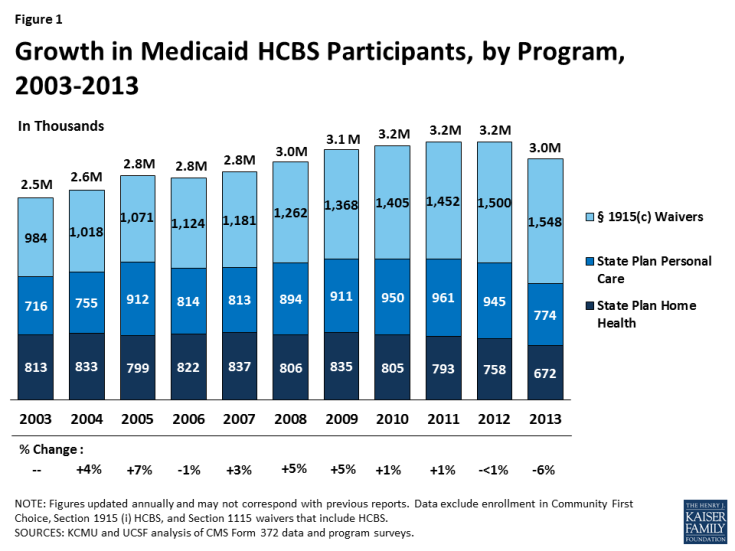 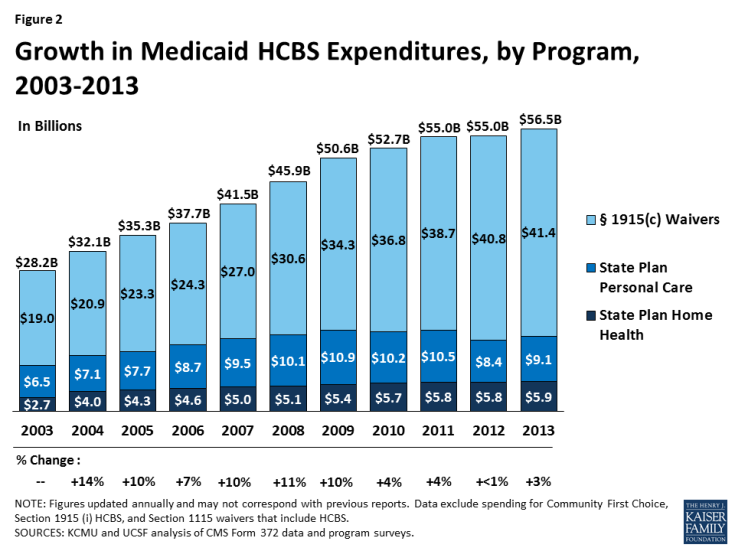 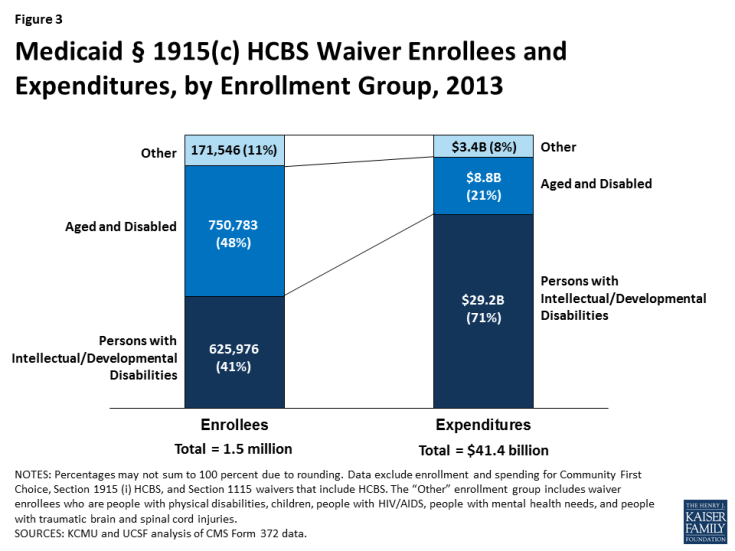 Over the past three decades, the increase in access to community-based alternatives to institutional care has resulted in some rebalancing of national Medicaid LTSS dollars, but the size and scope of Medicaid HCBS programs vary across states. Section 1915 (c) waivers account for the majority (73%) of spending on LTSS provided in community settings. In the coming years, states will be challenged to continue to expand access to high quality, person-centered HCBS in a cost-effective manner, and it will remain important to monitor states’ adoption of state plan options and other initiatives to expand Medicaid HCBS, differences in services and spending, and the impact of cost control policies on access and quality.