Majority of Those Losing Coverage Would Be People Already Working or Exempt, Due To Administrative Challenges

As a number of states pursue Medicaid waivers to require certain beneficiaries to work in order to receive benefits, the House Budget Committee passed a budget resolution this month calling for the enactment of Medicaid work requirements in all states, a goal also advanced in proposed legislation in the Senate by Sen. John Kennedy of Louisiana.

Although details are scant at this point, a new analysis from the Kaiser Family Foundation provides illustrative scenarios of potential Medicaid coverage reductions if all states had work requirements similar to those already approved by the Centers for Medicare and Medicaid Services for Kentucky, Indiana, Arkansas and New Hampshire, and sought by several other states. It finds that a majority of people who would lose Medicaid coverage are likely to be working or able to qualify for an exemption; they would lose coverage due to administrative difficulty reporting their status. Between 1.4 million and 4 million adults could lose Medicaid coverage nationally, the analysis finds. 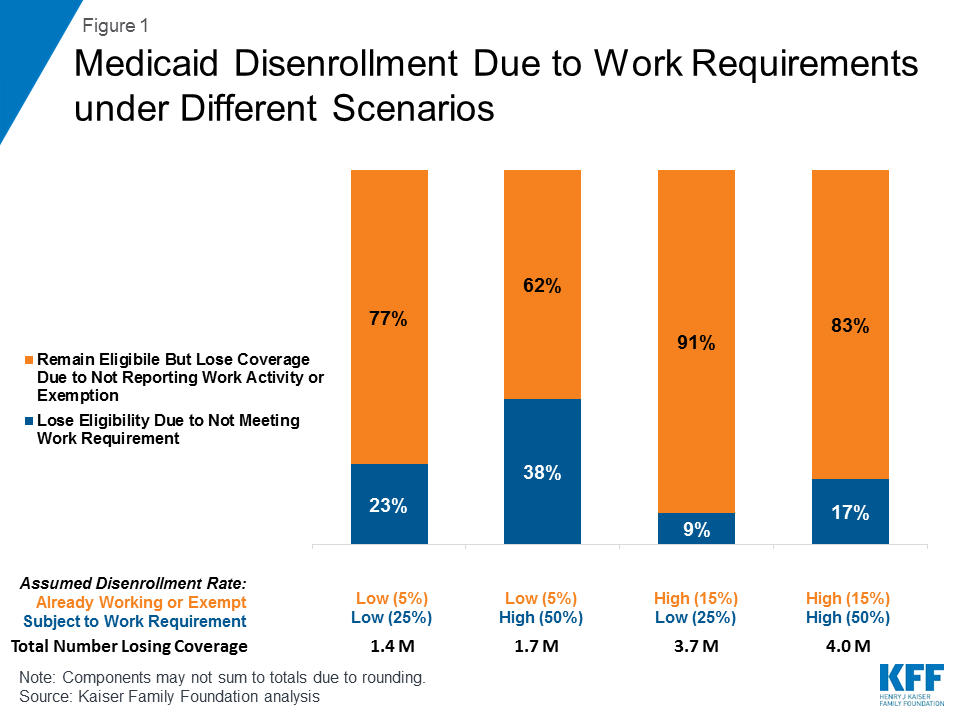