Spending and Utilization of EpiPen within Medicaid

EpiPen is a brand-name epinephrine auto-injector product, used in the event of a severe allergic reaction. It is a reliable, easy-to-use medical device that delivers a life-saving drug. In 2007, Mylan acquired EpiPen from Merck. At the time, the product had a list price of $94. Since then, Mylan has steadily increased EpiPen’s price, listing the product at $608 in summer 2016.1 The price increases have led to public debate, particularly among people who pay the full or a sizeable share of the full list price. However, the effect of EpiPen’s high list price goes beyond individual consumers. Medicare spending before rebates on EpiPen has grown substantially over the 2007-2014 period outpacing the growth in the number of Part D EpiPen users.2

Covering over 70 million people, a large portion of which is children, Medicaid is also a major provider of EpiPen and has been impacted by its increasing price. In this Data Note, we examine utilization, spending before rebates, and spending per prescription of EpiPen and other epinephrine auto-injectors before rebates in the Medicaid program. This analysis does not take into account drug rebates, as that data is proprietary. 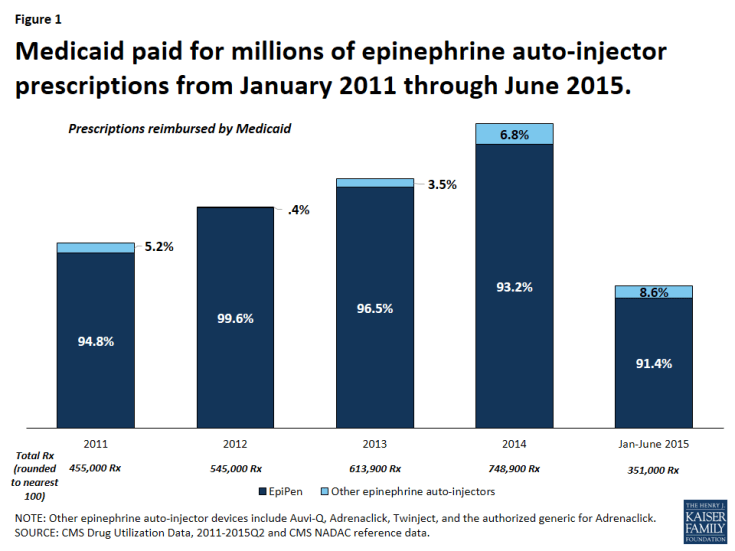 Figure 1: Medicaid paid for millions of epinephrine auto-injector prescriptions from January 2011 through June 2015. 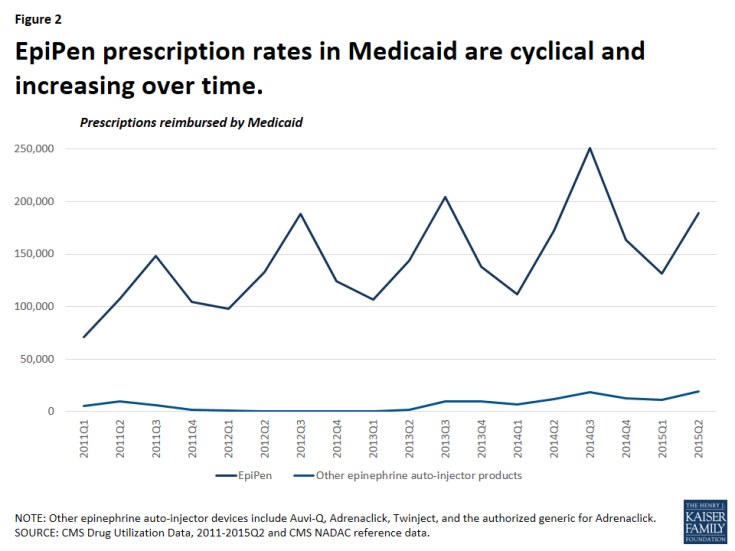 Figure 2: EpiPen prescription rates in Medicaid are cyclical and increasing over time.

Medicaid spending before rebates per EpiPen prescription has increased over 200% in four years. 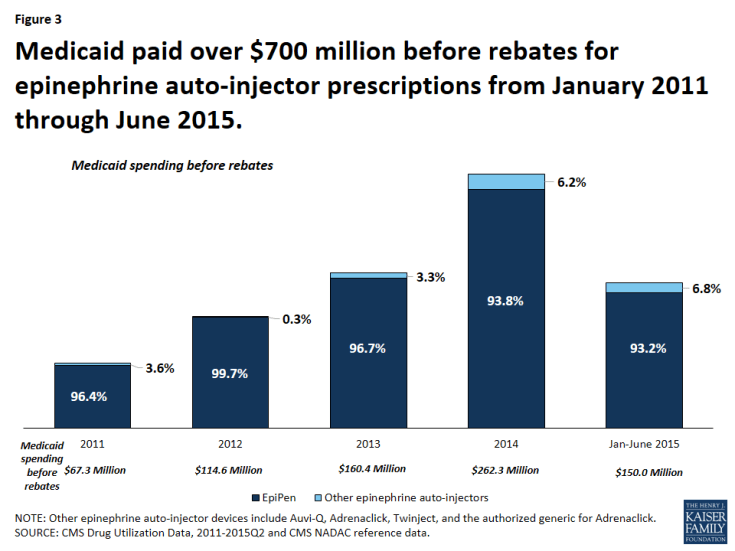 Figure 3: Medicaid paid over $700 million before rebates for epinephrine auto-injector prescriptions from January 2011 through June 2015.

Much attention is being given to the EpiPen price increases. However, over the January 2011 through June 2015 period, Medicaid spending before rebates on EpiPen prescriptions has not always been higher than other competitors in the field.  In fact, from the second quarter of 2013 through the second quarter of 2015, Medicaid paid comparable amounts before rebates per prescription for Auvi-Q (Figure 4). Because rebates are proprietary, we are unable to account for their impact on overall Medicaid spending or on spending per prescription. 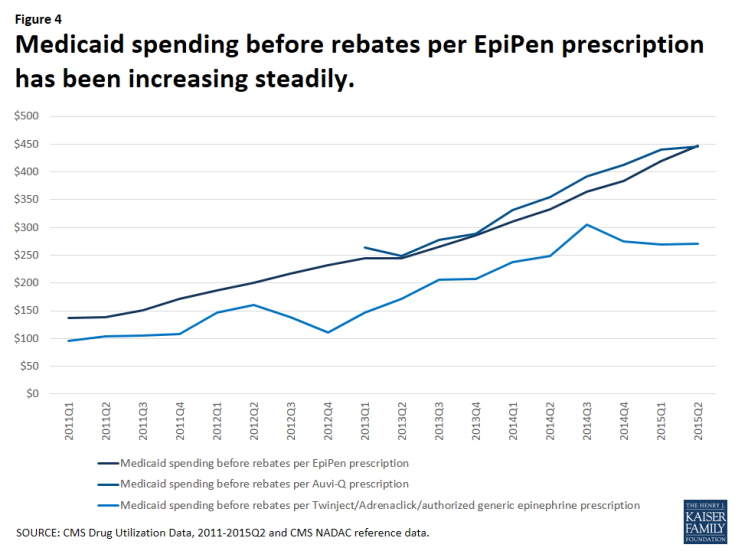 Figure 4: Medicaid spending before rebates per EpiPen prescription has been increasing steadily.

Reports have recently surfaced that Mylan has been paying rebates to the states as if  EpiPen were a generic product and in an October 5th letter to Senator Ron Wyden, ranking member of the Senate Finance Committee, CMS confirmed this.10 All manufacturers are required to enter into a rebate agreement with the Secretary of HHS to secure Medicaid reimbursement. Rebates for brand drugs are larger than rebates for generic drugs. Additionally, rebates for brand drugs take into account when brand drug prices increase faster than inflation, but rebates for generic drugs do not.11 Thus, although we can see that Medicaid spending per prescription between Auvi-Q and EpiPen was comparable before rebates, we do not know how rebates have affected this.

Medicaid provides coverage for a diverse population, a large share of whom are children, many of whom require epinephrine. However, as the number of prescriptions for the product, as well as the spending per prescription has been rising in recent years, overall spending on the product has been ballooning. To the extent that Medicaid can control its outpatient prescription drug spending, it is able to do so in large part through the Medicaid Drug Rebate Program. Additionally, state Medicaid programs are better able to acquire supplemental rebates when there is competition in the drug class.12 As policy makers discuss the effect of high EpiPen prices, this analysis shows that Medicaid is a major provider of the drug, and that the Medicaid program is bearing the high cost of the product.

In this analysis, we used CMS State Utilization Data from 2011 through 2015 quarter 2, the most recent period for which data for all states are available. We downloaded this data from the CMS website in February 2016. In its letter to Senator Ron Wyden, CMS published annual spending and spending per prescription for EpiPen and other epinephrine auto-injector products from 2011 through the end of 2015. However, CMS has not yet made public all of the raw data files underlying these calculations in the second half of 2015. Our analysis largely aligns with the CMS analysis. We identified all epinephrine auto-injectors on the market by compiling a list from the final and draft NADAC weekly reference data and CMS Drug Product data. We estimated data by averaging the surrounding quarters in certain states for given quarters that through this and previous analysis13 we had determined unreliable.