Note: The latest information and analysis about this case can be found here.

On March 28, 2019, the D.C. federal district court set aside the Health and Human Services (HHS) Secretary’s approval of Medicaid waivers with work and reporting requirements and other eligibility and enrollment restrictions in Kentucky and Arkansas. This was the second time the court ruled on Kentucky’s waiver, after finding that the Secretary’s initial approval was similarly flawed, and the first time the court considered Arkansas’s waiver. Kentucky’s waiver was the first of its kind to be approved, and Arkansas was the first to implement a waiver with work and reporting requirements. 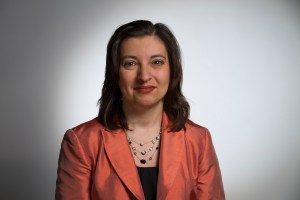 The court’s decisions not only affect the Kentucky and Arkansas Medicaid programs and enrollees but also are being watched by other states. While these cases play out in the courts, HHS has approved similar work requirement waivers in seven other states, while six states’ requests are pending as of April 1. The Trump Administration also proposed a legislative change to condition Medicaid on work and reporting requirements in all states in its budget for fiscal year 2020. For context as this all develops, we asked MaryBeth Musumeci, Associate Director at the Program on Medicaid and the Uninsured, three questions about the implications of the decisions.

1. What was the rationale behind the court’s decisions?

Musumeci: The court decided that the HHS Secretary’s Kentucky and Arkansas waiver approvals were outside the scope of his Section 1115 demonstration authority, and it set both waivers aside because the Secretary failed to adequately analyze their impact on Medicaid’s primary objective: providing affordable health insurance coverage to low income people. The court acknowledged that Congress granted the Secretary discretion to approve waivers for experimental purposes that he determines will advance Medicaid program objectives. But, the court underscored that this “discretion is not boundless.” The Administrative Procedures Act – which governs agency decision-making — requires a reasoned basis for the Secretary’s decision, grounded in evidence in the administrative record. The administrative record includes the evidence before the Secretary when deciding whether to approve the waiver, such as the state’s waiver application and public comments.

In its waiver application, Kentucky projected that the equivalent of 95,000 people would lose coverage. Public commenters supplied estimates that coverage loss would likely be even greater. There was disagreement about the exact number, but the court concluded that this evidence showed that expected coverage loss was “undoubtedly substantial.” The Secretary argued that some people might move from Medicaid to private insurance, but the court’s decision notes he did not cite supporting evidence.

HHS also argued that coverage loss under the waiver should be weighed against the potential coverage loss if Kentucky were to discontinue the entire Medicaid expansion. Notably, the court rejected that argument, instead saying that the “relevant baseline” is whether or not the waiver would promote coverage compared to the state’s implementation of Medicaid expansion as set out by Congress in the Affordable Care Act. The court also found that, while it was not unreasonable for HHS to take fiscal sustainability into account as a program objective when evaluating the waiver, the Secretary cited no evidence that the waiver would save Kentucky money.

Similar to its Kentucky decision, the court found that the Secretary’s Arkansas waiver approval could not stand because he neither offered his own coverage loss estimate nor grappled with comments in the administrative record that projected substantial disenrollment. The court questioned whether HHS would remedy the errors identified by the court if HHS were to now re-consider and re-approve Arkansas’s waiver, given that the court also found that HHS did not remedy similar errors when re-approving Kentucky’s wavier after the court’s initial decision last year. The court also recounted some of the Arkansas plaintiffs’ stories, including one man who thought he complied with the work reporting requirement but lost coverage and consequently was unable to afford his prescriptions, missed work due to health problems after skipping medication, and then lost his job.

2. What happens next in Kentucky and Arkansas?

Musumeci:  The court vacated both waivers. This means that none of the Kentucky waiver provisions can go forward unless — or until — HHS issues a re-approval that passes legal muster or prevails on appeal. In addition to the work and reporting requirements, the Kentucky waiver included other provisions, such as premiums, lock-out periods, elimination of retroactive coverage, and virtual rewards dollars to access vision and dental benefits. Kentucky had planned to implement some provisions in April and the work and reporting requirement as soon as July.

Unlike Kentucky, Arkansas’s waiver implementation began last summer, with over 18,000 people losing coverage in 2018. Arkansas enrollees lose coverage for the rest of the calendar year after failing to meet work and reporting requirements in any three months. The count of non-compliance months reset in January, with the first 2019 coverage losses scheduled for April 1st. The court’s decision means that those disenrollments will not take effect, and waiver implementation, including work and reporting requirements and restriction of retroactive coverage, will be stopped unless or until HHS issues an approval that passes legal muster or prevails on appeal.

3. What do the decisions mean for HHS, Kentucky, Arkansas, and other states that want to condition Medicaid coverage on work and reporting requirements?

Musumeci: HHS, Kentucky, and Arkansas can appeal, so the recent developments are likely not the last word on the scope of the Secretary’s waiver authority. The court evaluated the Secretary’s approval of each state’s waiver individually. This means that, technically, other states can move forward with approved waivers, despite Kentucky and Arkansas implementation being stopped.

However, recently, a lawsuit raising similar challenges to New Hampshire’s work and reporting requirement waiver was filed in the same court that decided the Kentucky and Arkansas cases. New Hampshire’s implementation began in March, with initial coverage losses expected in August. Similar lawsuits could follow challenging the Secretary’s waiver approvals elsewhere. Additionally, states pursuing similar requirements may reconsider given the recent decisions. Last week, a state legislative committee in Iowa decided not to proceed with a Medicaid work requirement bill, and an Idaho proposal was paused after the court decisions were issued but may be modified. However, there is nothing to stop states from adopting programs to support Medicaid enrollees’ ability to work without the threat of coverage loss. Montana has a voluntary work supports program, Maine rejected a work requirement waiver in favor of a similar program, and Kansas has pending Medicaid expansion legislation that includes a voluntary work referral.