To date, Kentucky has had one of the most successful ACA implementation experiences among states. Beginning in 2014, the state expanded Medicaid to low-income adults and built its own State-Based Marketplace, kynect. Research points to gains in coverage and reductions in the uninsured, increases in access and health care utilization and positive fiscal impact as a result of the Medicaid expansion.

Governor Bevin, elected in December 2015, ran on a platform to dismantle kynect and to end the Medicaid expansion. However, post-election, the Governor said he would seek a waiver to make changes to the Medicaid expansion. On June 1, Kentucky received approval from the Centers for Medicare and Medicaid Services (CMS) to move forward with plans to transition from kynect to healthcare.gov. On June 22, 2016, Governor Bevin released his proposed Section 1115 demonstration waiver proposal called Kentucky HEALTH (Helping to Engage and Achieve Long Term Health) as an alternative to the current Medicaid expansion.

The proposed Medicaid waiver, modeled largely after the waiver program in Indiana (HIP 2.0), would modify the state’s existing Medicaid expansion and make changes that would affect new enrollees as well as traditional Medicaid enrollees. CMS has indicated it may not approve additional waivers similar to Indiana in advance of an evaluation of Indiana’s program. Kentucky’s proposed waiver includes many provisions similar to those in Indiana and additional provisions not approved in other states, such as employment requirements, and graduated premiums based on length of time on the program. Governor Bevin said in a press conference when he released the waiver proposal for state comment that if the waiver is not approved he would end the expansion. This brief examines what has happened to coverage, access and utilization and the economic impact of the Medicaid expansion in Kentucky and the implications for changes going forward.   A summary of the proposed waiver can be found here.

What Happened to Coverage?

Since implementing the ACA, Kentucky’s uninsured rate for the nonelderly fell from 18.8% in 2013 to 6.8% in 2015, one of the largest reductions in the country.1  The reduction is largely attributable to changes in Medicaid eligibility and gains in Medicaid coverage.  Before the implementation of the expansion, eligibility for parents was at 57% FPL ($11,491 for a family of 3 in 2016) and there was no coverage for adults without dependent children.2 Under the ACA Medicaid expansion, eligibility for adults was expanded up to 138% of poverty ($16,394 for an individual or $27,821 for a family of 3 in 2016).  (Figure 1) 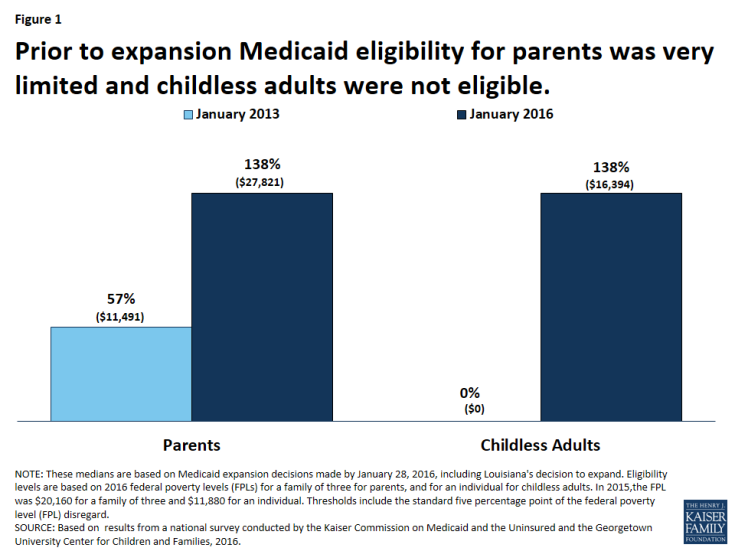 Figure 1: Prior to expansion Medicaid eligibility for parents was very limited and childless adults were not eligible.

CMS data show that Medicaid enrollment in Kentucky from pre-ACA to January 2016 increased by 95% (the highest growth across all states).3 Other data show that of the 1.3 million Medicaid enrollees as of December 2015, 439,000 (or one-third) are “new enrollees” and qualify for 100% federal matching funds (Figure 2).4  Without the expansion, the large majority (more than eight in ten) of these new enrollees would have been uninsured and without a coverage pathway because their income is below poverty. 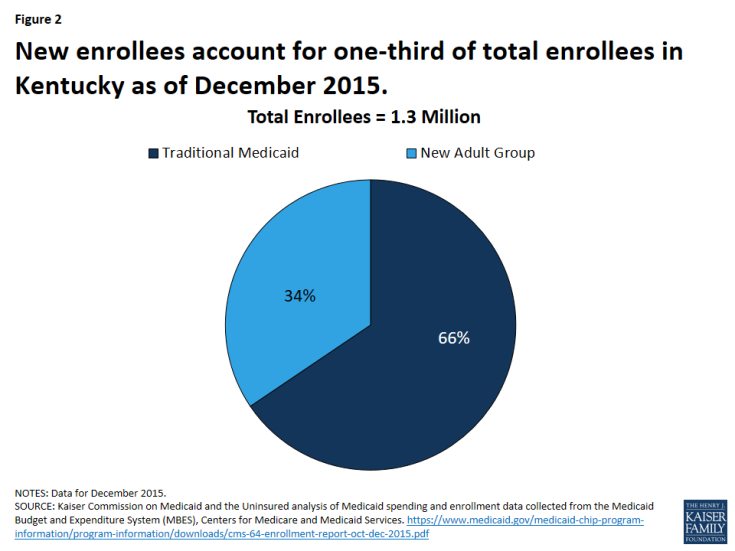 Figure 2: New enrollees account for one-third of total enrollees in Kentucky as of December 2015.

Research shows that the expansion in Kentucky has helped to increase access and utilization of health care services in a state with historically poor health status indicators. For example, one study shows that compared to Texas, Medicaid expansion in Kentucky was associated with significant reductions in skipping medications because of cost as well as decreases in trouble paying medical bills among low-income adults between Nov.-Dec. 2013 and Nov.-Dec. 2014.5  Another study shows that by the end of 2014, low-income Kentuckians experienced a 16 percentage point (40%) reduction in unmet medical need because of cost relative to the pre-expansion (2006-2013) period.6 Finally, another study shows that more than 300 new behavioral health providers enrolled in Kentucky Medicaid and at least 13,000 individuals with a substance use disorder received related treatment services during the first year of expansion.7

What Are the Economic Implications?

Studies point to fiscal gains associated with the Medicaid expansion. For example, one study shows state savings were realized by transitioning individuals accessing Medicaid services through pre-ACA eligibility categories to the new eligibility group (with initial 100% enhanced federal funding).8 In addition, another study shows that the expansion was estimated to have a positive cumulative fiscal impact of $819.6 million by SFY 2021.9 The same study shows that Medicaid expansion created more than 12,000 jobs in Kentucky in SFY 2014, including 5,400 health care and social service jobs. Expansion is projected to create more than 40,000 jobs in Kentucky through SFY 2021 with an average salary of about $41,000.10 Finally, Kentucky hospitals experienced a reduction of $1.15 billion in uncompensated care charges when comparing the first three quarters of CY 2013 to the same period in CY 2014.11

Kentucky has had a successful implementation of the ACA Medicaid expansion to date. Robust enrollment has resulted in significant coverage gains and reductions in the uninsured as well as increases in access to care and financial protections for families.  Other studies point to net fiscal benefit from the expansion including increases in jobs, and reductions in uncompensated care for hospitals. A Kaiser Family Foundation survey of the views of Kentucky residents completed just after the Governor’s election in 2015 found that nearly three in four (72%) Kentuckians said they would prefer to keep the state’s Medicaid program as it is rather than scale it back it to cover fewer people.  About two-thirds (67%) felt that the Medicaid program is working well for most low-income people in the state; this share rises to 84% among adults who are actually covered by Medicaid.12 Ending or altering the expansion as proposed in the recent demonstration waiver proposal could jeopardize coverage, access and fiscal gains achieved under the expansion to date.