Medicaid is jointly financed by states and the federal government. Provider taxes are an integral source of Medicaid financing governed by long-standing regulations. All but one state (Alaska) reported a provider tax in FY 2016 (Figure 1).  Under current regulations, states may not use provider tax revenues for the state share of Medicaid spending unless the tax meets three requirements: must be broad-based, uniformly imposed, and cannot hold providers harmless from the burden of the tax. Federal regulations create a safe harbor from the hold-harmless test for taxes where collections are 6.0 percent or less of net patient revenues.1 However, federal health reform legislation under consideration in the Senate as of June 2017 would phase down the maximum federally allowable safe harbor limit under the “hold-harmless” rule, beginning in fiscal year (FY) 2021, to 5.0 percent of net patient revenues by FY 2025. 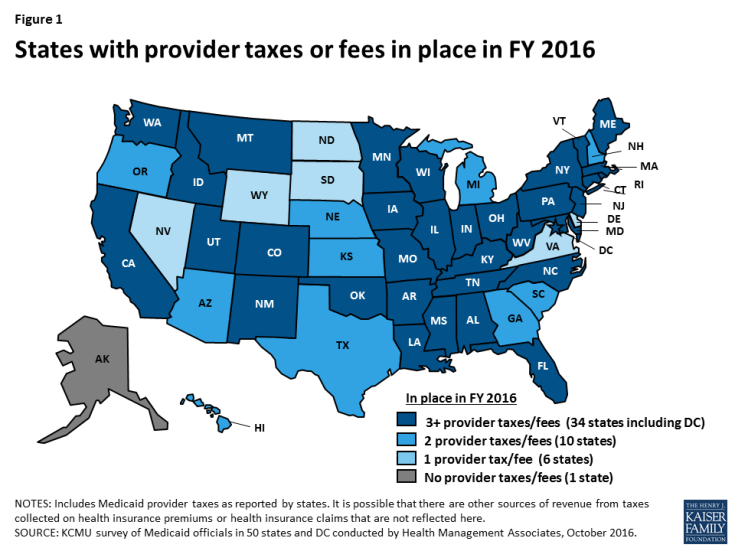 Figure 1: States with provider taxes or fees in place in FY 2016

This would restrict states’ ability to come up with the state share to finance Medicaid and could therefore shift additional costs to states. If states were not able to find additional funds to replace provider tax funding with other state sources, limits on provider taxes could result in program cuts with implications for Medicaid providers and beneficiaries. Since states use provider taxes differently, limits would have different effects across states. This fact sheet briefly highlights the role of provider taxes in states and the possible impact of limiting the use of these taxes. Data is based on findings from the 50-state Medicaid budget survey conducted in July 2016 by the Kaiser Commission on Medicaid and the Uninsured and Health Management Associates.

HOW IS THE MEDICAID PROGRAM FINANCED?

States and the federal government share in the financing of the Medicaid program. Under federal Medicaid law, the federal government pays between 50 and 74 percent of all the costs of providing services to beneficiaries under the program. These matching rates (FMAPs) vary across states based on the state’s per capita income in comparison to the national average (i.e., states with lower per capita income have higher matching rates). The remaining share of program funding comes from state and local sources. One of the ways states raise funds for their share of Medicaid spending is through provider taxes/fees. Eight states, of the 32 states (including DC) that have adopted the ACA Medicaid expansion, also indicated that they planned to use provider taxes/fees to fund the state share of the Medicaid expansion when the federal match dropped from 100% to 95% in January 2017.2

WHAT ROLE DO PROVIDER TAXES PLAY IN STATE FINANCING OF MEDICAID?

Provider taxes are imposed by states on health care services where the burden of the tax falls mostly on providers, such as a tax on inpatient hospital services or nursing facility beds. Provider taxes have become an integral source of financing for Medicaid. For FY 2016, all but one state (Alaska) reported having at least one Medicaid provider tax and two-thirds of states reported three or more provider taxes (Table 1, Figure 1).

In the past, states were able to use provider taxes and other state financing arrangements to enable states to receive higher effective federal matching rates than the statutory formula provides. However, legislation enacted in 1991 restricted the use of provider taxes to curb abusive practices. Under current regulations, states may not use provider tax revenues for the state share of Medicaid spending unless the tax meets three requirements: must be broad-based, uniformly imposed, and cannot hold providers harmless from the burden of the tax. Federal regulations create a safe harbor from the hold-harmless test for taxes where collections are 6.0 percent or less of net patient revenues.3

WHAT WOULD THE IMPACT OF LIMITING THE USE OF PROVIDER TAXES BE ON STATES? 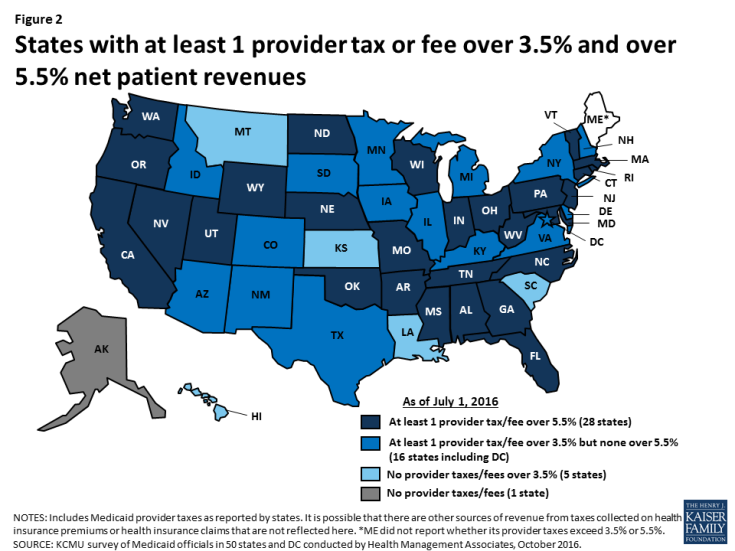 Figure 2: States with at least 1 provider tax or fee over 3.5% and over 5.5% net patient revenues

Limitations on provider taxes would have a more notable impact in those states that are heavily dependent on provider tax revenues to fund their state share of Medicaid spending. If provider taxes are limited, states would need to increase state funds to maintain current programs or make program cuts. Such changes in available financing could have negative implications for providers and beneficiaries under the current operation of the program as well as for the implementation of the ACA.