Abortion is a safe and common medical procedure for women in the United States. In 2015, over 90% of reported abortions occurred in the first trimester. The abortion rate has fallen; it fell 26% between 2006 and 2015 among women aged 15 to 44 years. While abortion services are regulated by the same laws and policies that govern other medical services, many states have enacted abortion-specific regulations that can limit women’s access to abortion services and jeopardize the quality of care. Twenty-seven states require women seeking abortion to wait 18 hours or more before obtaining an abortion, and several require women to be counseled on topics unsupported by medical consensus or evidence, such as incorrectly telling women that abortion raises their risk of breast cancer. More recently, many states have developed specific requirements for clinics and physicians who provide medication abortions, with 34 mandating that only a licensed physician dispense the abortion pill and 17 of those states requiring that the physician be physically present, blocking the use of telemedicine to expand abortion access. Over 20 states have laws that impose a jail sentence on physicians if they perform abortions past certain state-established gestational limits, many of which are more restrictive than the federal standard of viability.

The following chart series examines state policies related to abortion and their interaction with clinical practice. 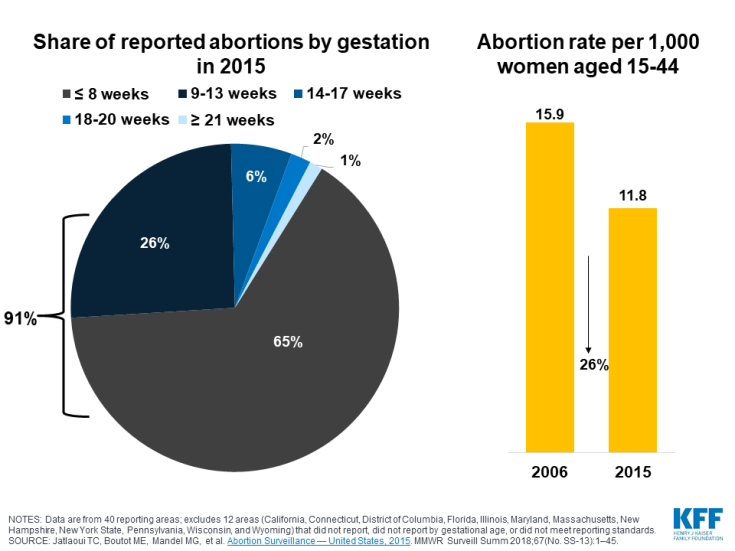 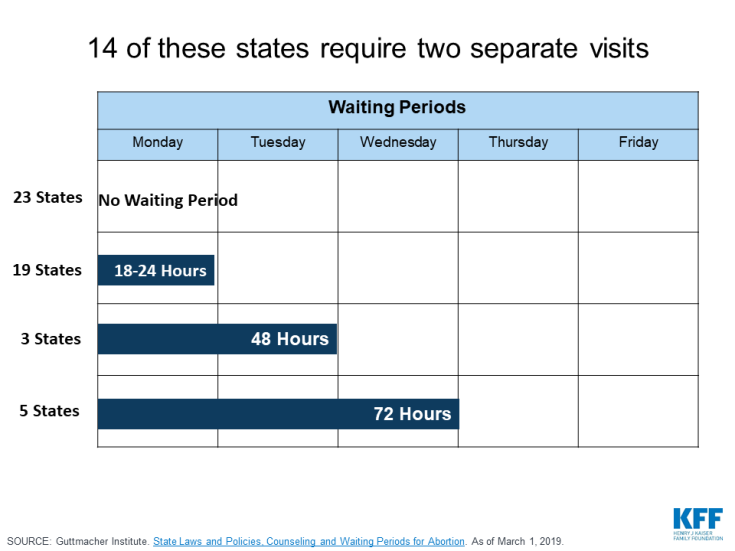 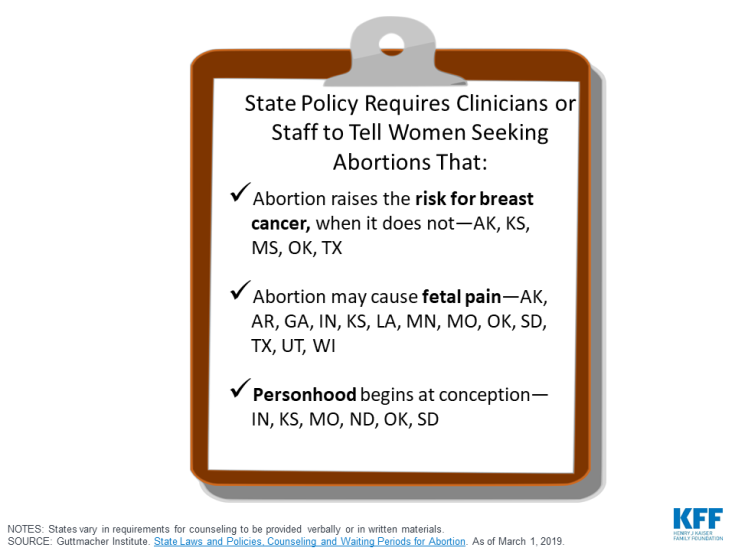 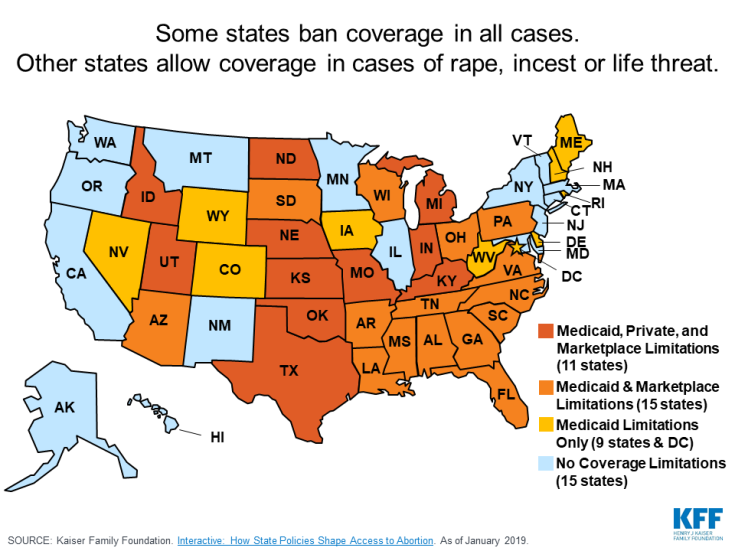 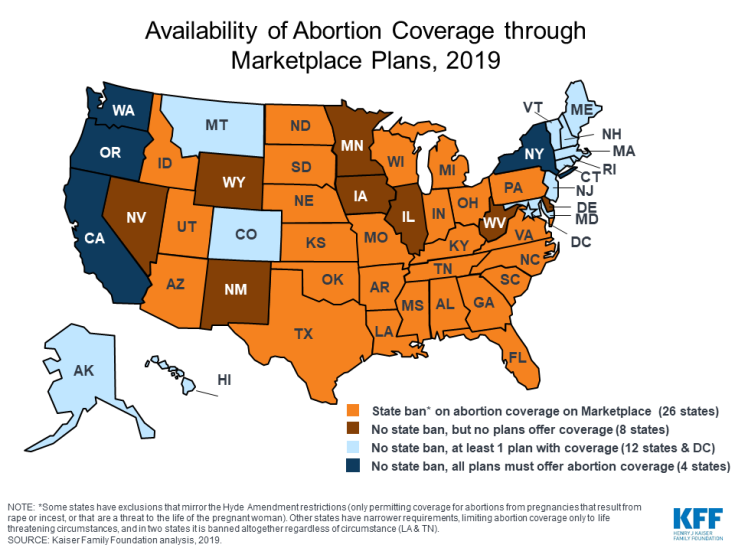 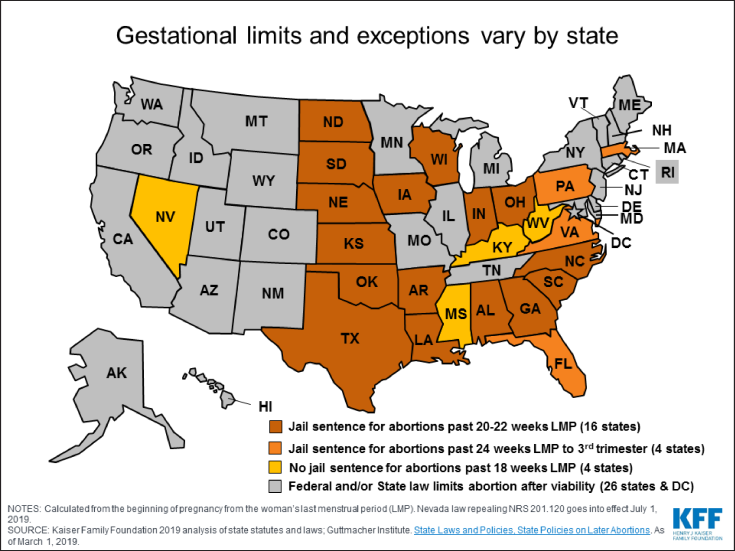 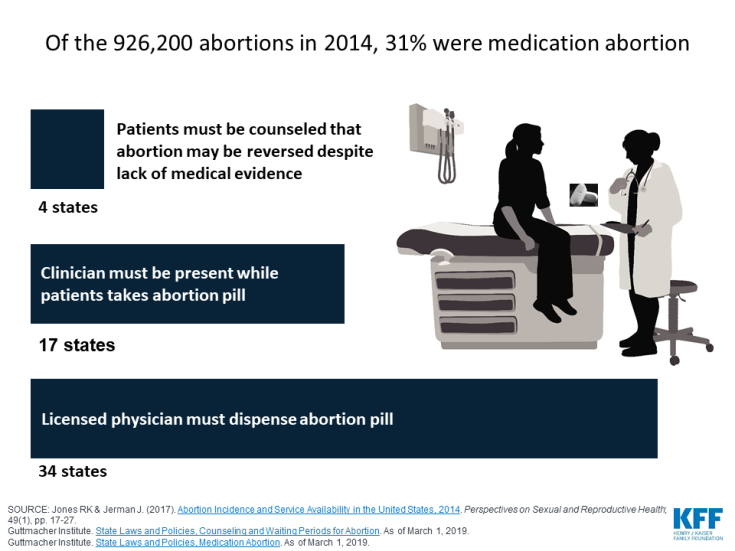 **This chart series is an update to the 2016 JAMA Infographic, Visualizing Health Policy: Intersection of State Abortion Policy and Clinical Practice