Prescription drugs play an important role in medical care for 60 million seniors and people with disabilities, and account for nearly $1 out of every $5 in Medicare spending. The majority of Medicare prescription drug spending—totaling $129 billion in 2016—is for drugs covered under the Part D prescription drug benefit, which is administered by private stand-alone drug plans and Medicare Advantage drug plans. Medicare Part B also covers drugs that are administered to patients in physician offices and other outpatient settings.

After a period of relatively slow growth, total and per capita Part D spending has increased more rapidly in the past few years mainly due to treatments for hepatitis C, and is projected to increase more rapidly in the next decade as more high-priced specialty drugs become available, according to the latest annual report of the Medicare Boards of Trustees.

Even with Medicare’s prescription drug coverage, beneficiaries can face substantial out-of-pocket costs, particularly if they use specialty drugs or multiple high-cost brand-name drugs. The following chart series examines trends in Medicare and beneficiary out-of-pocket spending on prescription drugs, and what the public thinks about different options for keeping drug costs down. 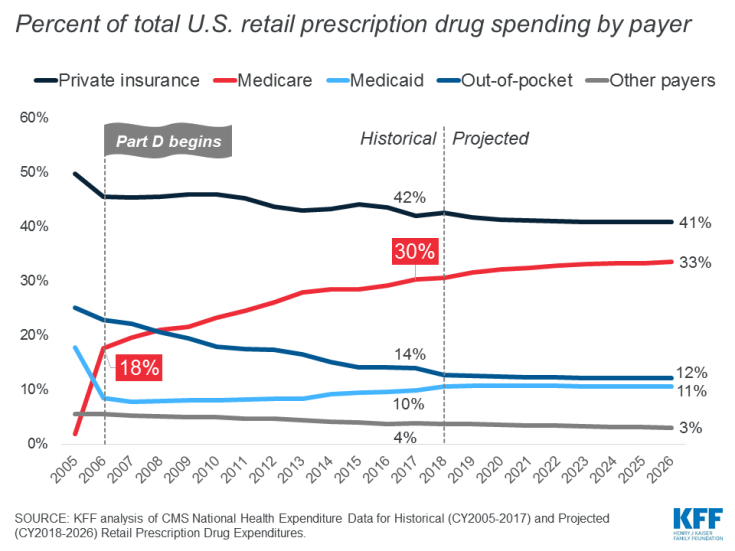 2. Prescription drugs covered under both Part B and Part D accounted for 19% of all Medicare spending in 2016. 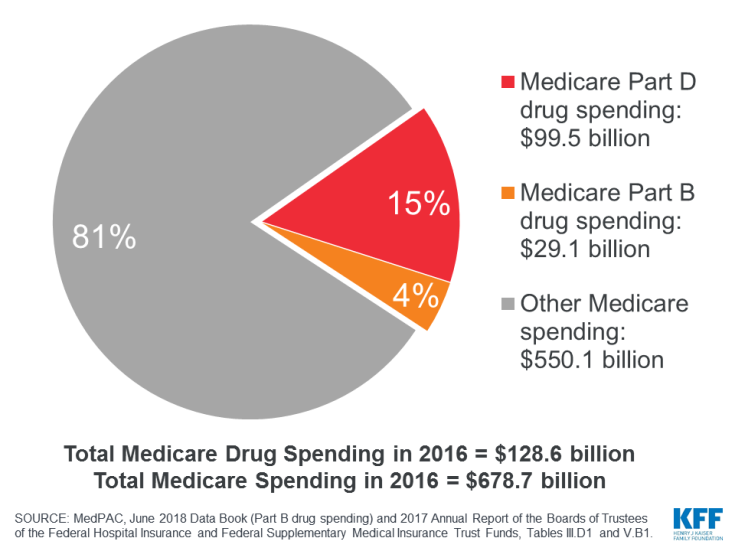 3. Ten drugs accounted for 17% of all Part D spending in 2016 (including both Medicare and out-of-pocket spending). 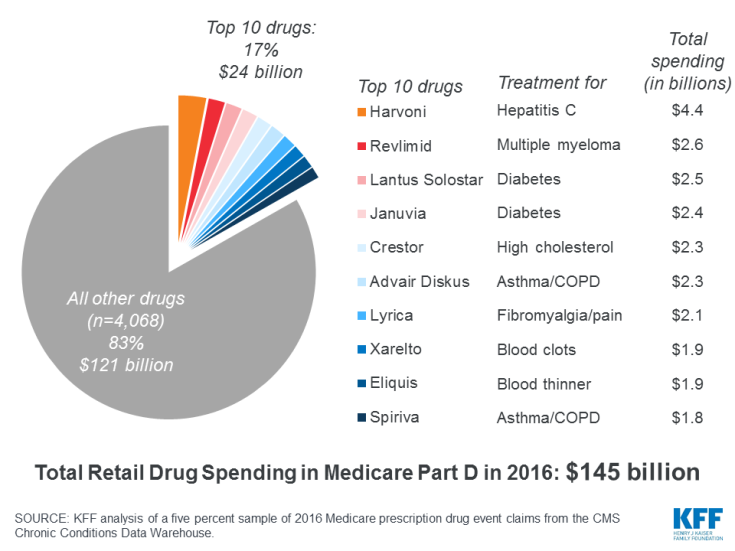 4. After a period of relatively slow growth, Medicare Part D spending per enrollee is projected to increase at a faster rate in the coming decade. 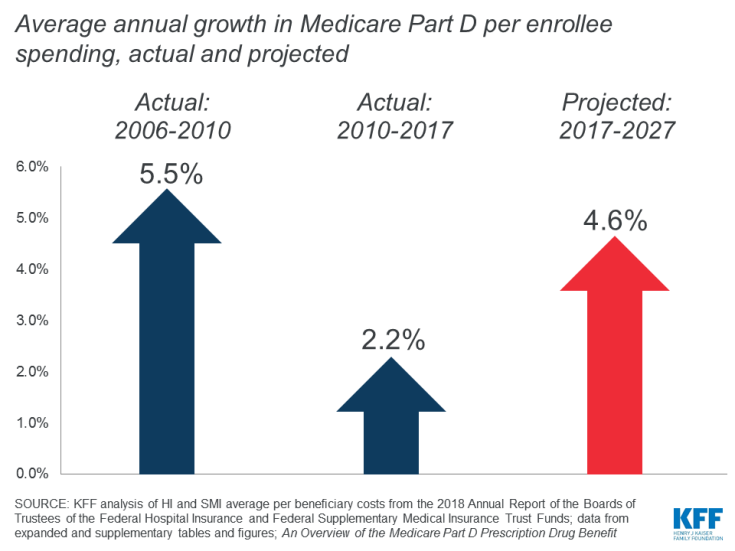 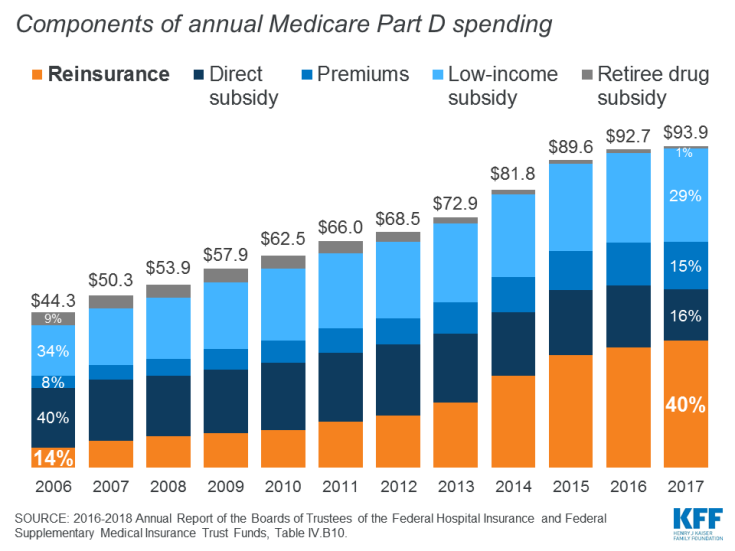 6. Prescription drugs accounted for $1 in every $5 that Medicare beneficiaries spent out-of-pocket on health care services in 2016, not including premiums. 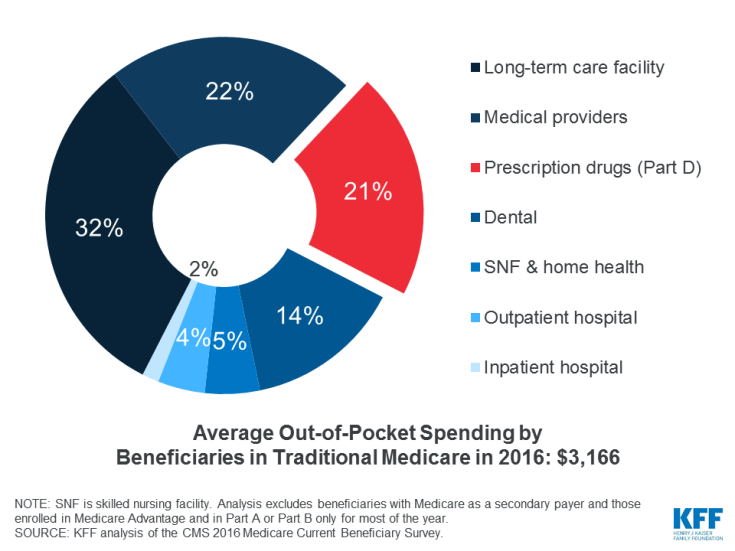 7. Medicare Part D enrollees who did not receive low-income subsidies spent about $500 out of pocket on their prescriptions in 2016, on average, but 1 million enrollees with spending above the catastrophic threshold spent nearly $3,200 out of pocket. 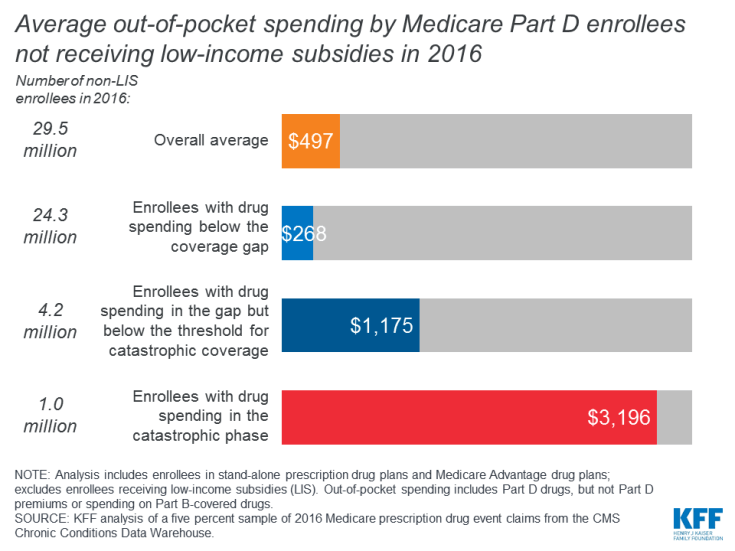 8. Average Part D enrollees’ out-of-pocket spending in the catastrophic phase dropped in 2011 due to the Affordable Care Act provision to phase out the coverage gap—but costs for this group are on the rise as total drug spending grows. 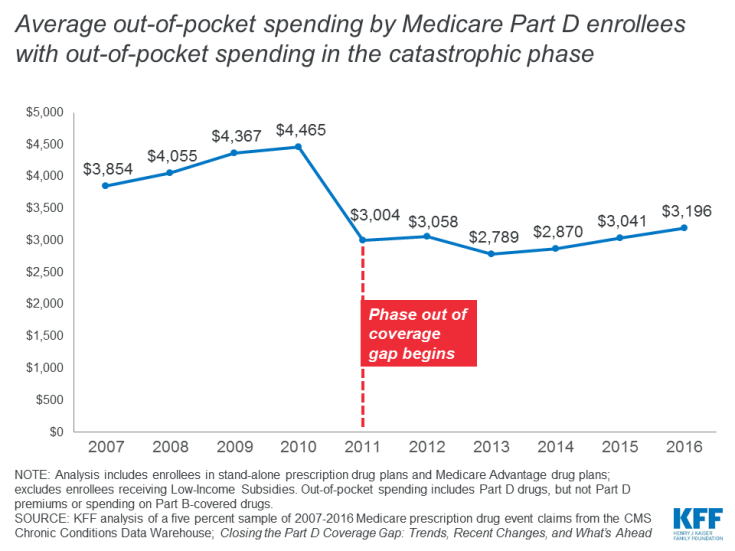 9. Medicare Part D enrollees can pay thousands of dollars out of pocket for specialty tier drugs, with the majority of costs for many specialty drugs occurring in the catastrophic phase of the benefit. 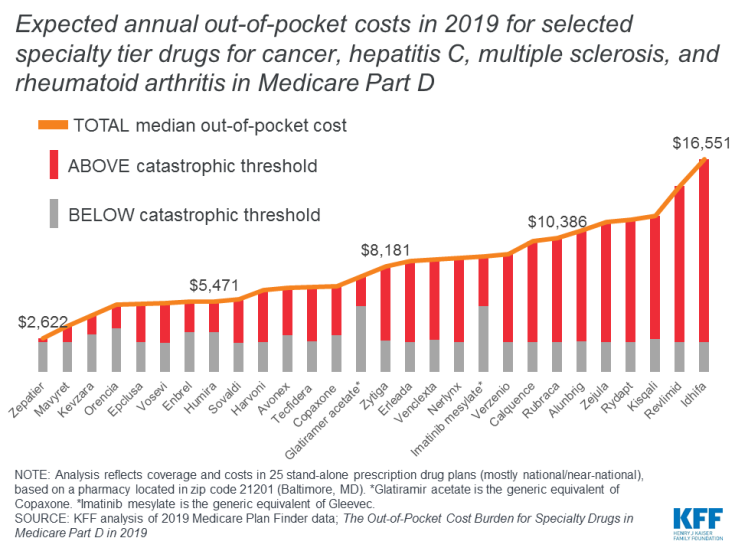 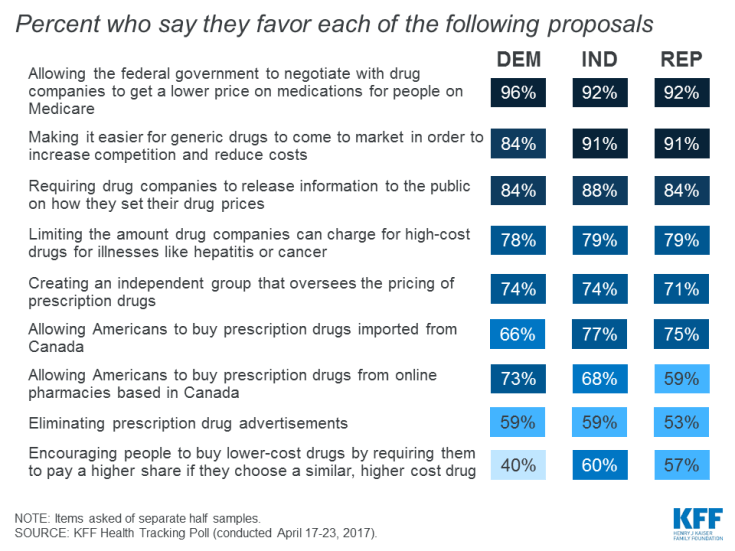