President Trump announced in his State of the Union speech on February 5th his administration’s plan to eliminate the HIV epidemic in the U.S. within ten years. This month’s survey explores the public’s confidence in this plan as well as more general attitudes and experiences with HIV/AIDS in the U.S.. KFF has been tracking the public’s attitudes towards the domestic HIV/AIDS epidemic for more than two decades.

The March 2019 KFF Health Tracking Poll finds half of the public (52 percent) saying “the U.S. is making progress” when it comes to the impact of HIV in the country today, compared to fewer who either say “the problem is about the same as it has been” (33 percent) or “the U.S. is losing ground” (8 percent). This is consistent across party identification, race/ethnicity, and whether individuals know someone currently living with HIV. 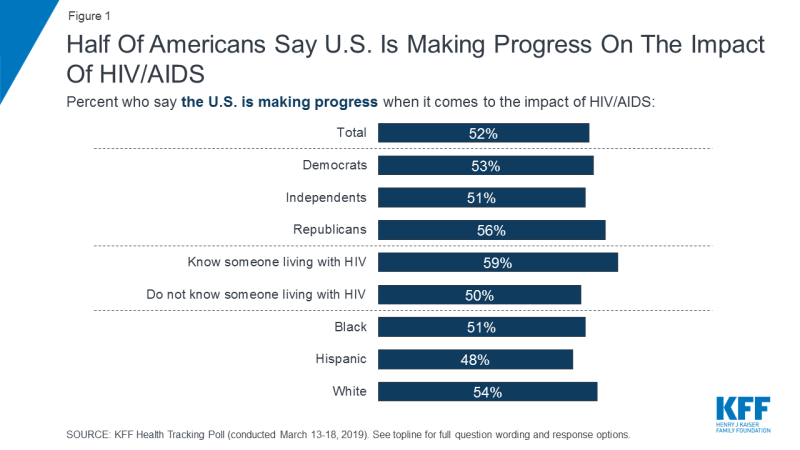 Figure 1: Half Of Americans Say U.S. Is Making Progress On The Impact Of HIV/AIDS 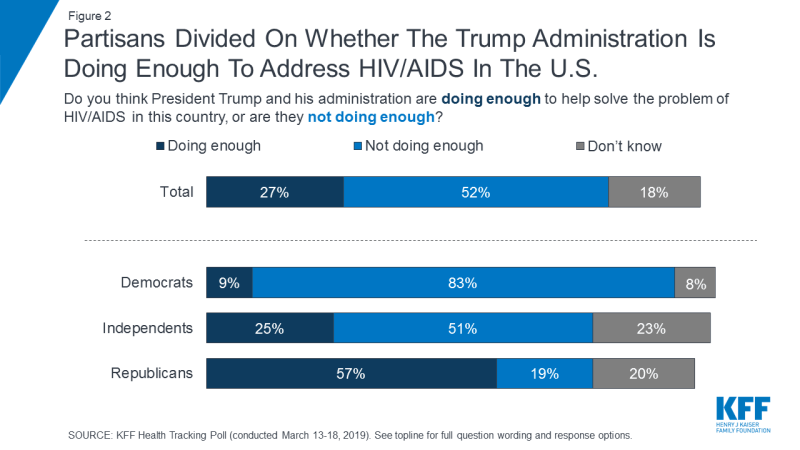 Figure 2: Partisans Divided On Whether The Trump Administration Is Doing Enough To Address HIV/AIDS In The U.S.

While there are partisan differences in perceptions of whether President Trump and his administration are doing enough to help solve the problem of HIV/AIDS in this country, majorities across partisanship are confident that the goal of reducing the number of new HIV infections in the U.S. to near zero by 2030 can be achieved. Six in ten Republicans and Democrats (59 percent) say they are either “very confident” or “somewhat confident” that the U.S. can achieve this goal. Independents are divided, with half saying they are confident (49 percent) that the U.S. can achieve this goal, while the other half say they are either “not too confident” (31 percent) or “not at all confident” (17 percent). 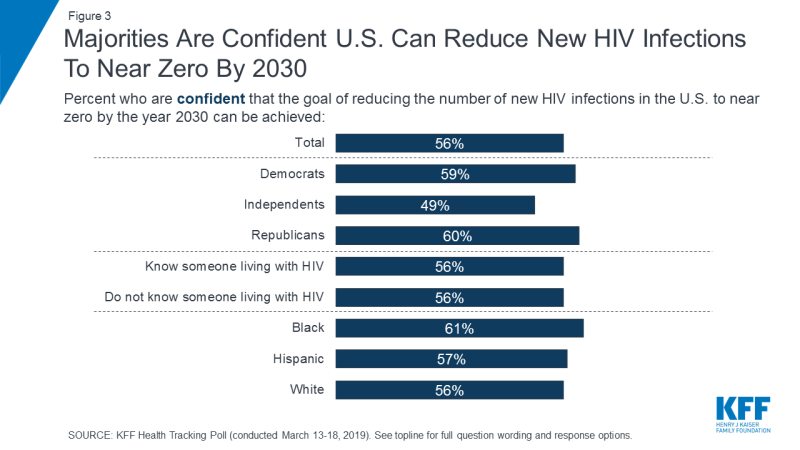 Figure 3: Majorities Are Confident U.S. Can Reduce New HIV Infections To Near Zero By 2030

Most Americans See HIV/AIDS As A Serious Problem Facing the U.S.

Eight in ten overall say the issue of HIV/AIDS is a serious issue in the U.S. today and nearly half (46 percent) say it is a serious concern for people they know. This is similar to the share who reported the same in 2011 (41 percent). 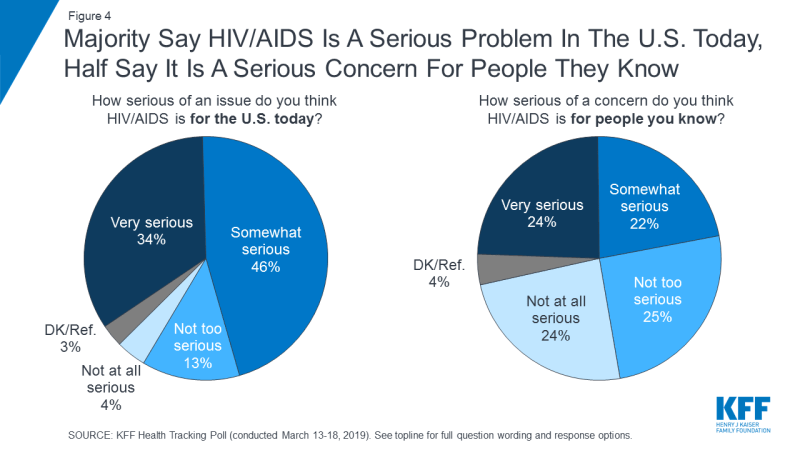 Figure 4: Majority Say HIV/AIDS Is A Serious Problem In The U.S. Today, Half Say It Is A Serious Concern For People They Know

How Americans Experience HIV/AIDS Differs By Race and Ethnicity

Two-thirds of black adults and nearly half of Hispanic adults (45 percent), populations that have been disproportionately affected by HIV, say HIV/AIDS is a “very serious” issue for the U.S. today. At least four in ten of both black adults (49 percent) and Hispanic adults (43 percent) also say HIV/AIDS is a “very serious” concern for people they know. These shares are larger than the share of white adults who say the same (26 percent and 16 percent, respectively). 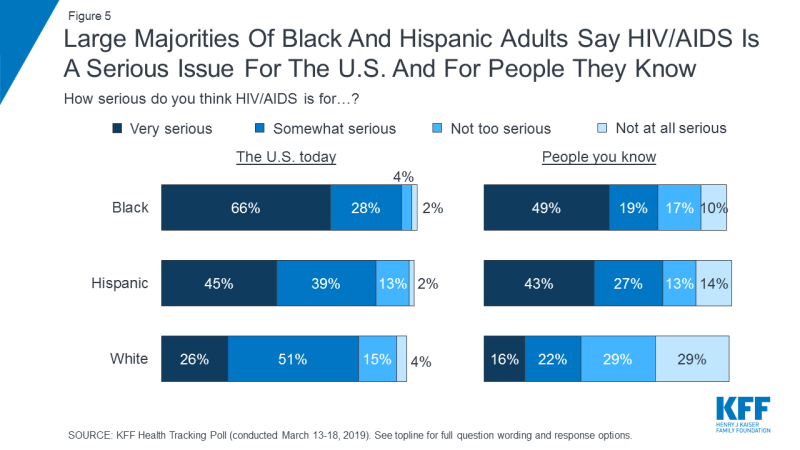 Figure 5: Large Majorities Of Black And Hispanic Adults Say HIV/AIDS Is A Serious Issue For The U.S. And For People They Know

These differences by race also extend to people’s own personal concerns with nearly four in ten black adults (41 percent) and half (51 percent) of Hispanic adults saying they are concerned about getting HIV compared to one in ten white adults (12 percent). 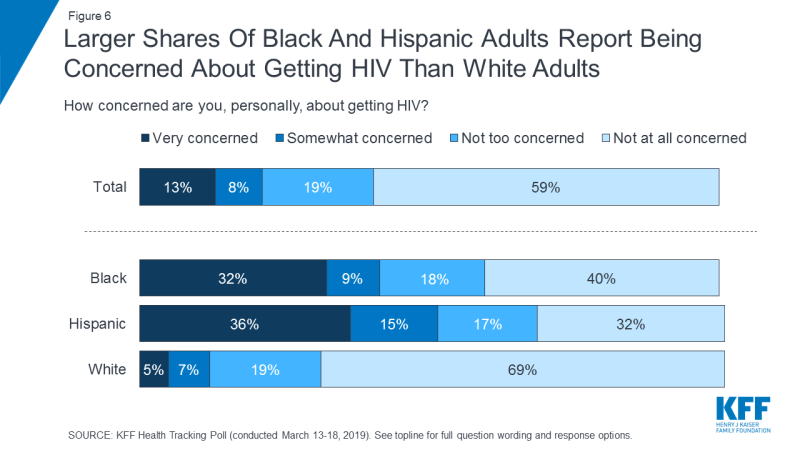 Figure 6: Larger Shares Of Black And Hispanic Adults Report Being Concerned About Getting HIV Than White Adults 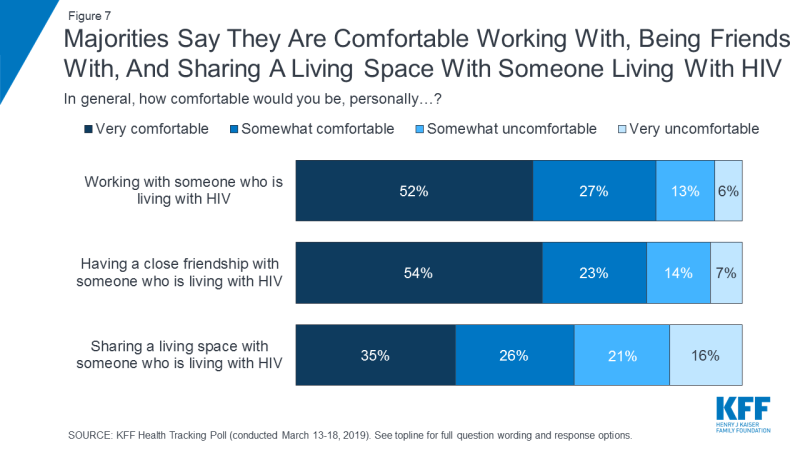 Figure 7: Majorities Say They Are Comfortable Working With, Being Friends With, And Sharing A Living Space With Someone Living With HIV 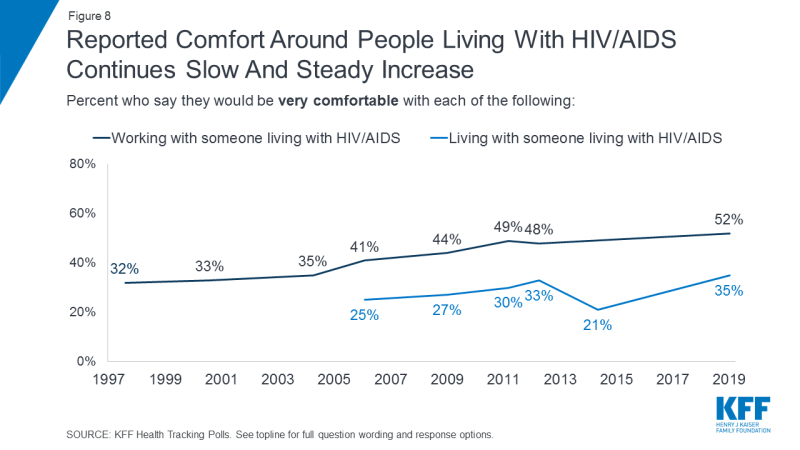 Increase in Awareness of PrEP, But Still Below 50% Overall 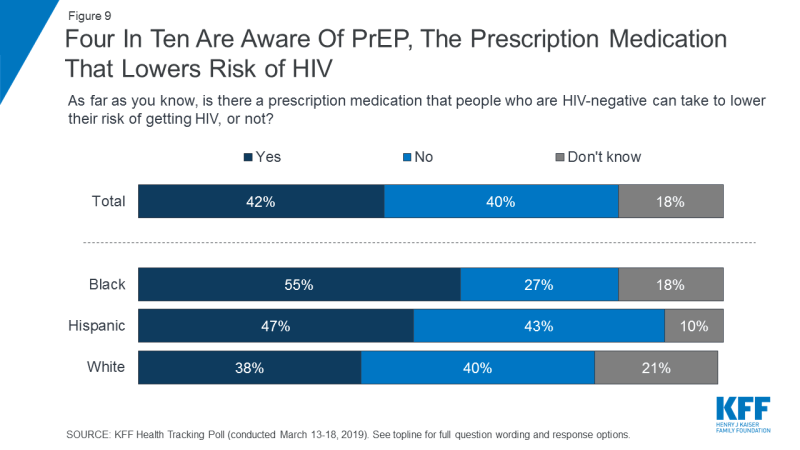 Figure 9: Four In Ten Are Aware Of PrEP, The Prescription Medication That Lowers Risk of HIV

Five years ago, 14 percent of the public knew about a prescription medication that people who are HIV-negative could take to lower their risk of becoming infected. The increase in awareness is consistent across most demographic groups but some populations’ awareness has increased at a more striking rate. For example, the share of black adults who know about this prescription medication has increased from 18 percent in 2014 to 55 percent in 2019. 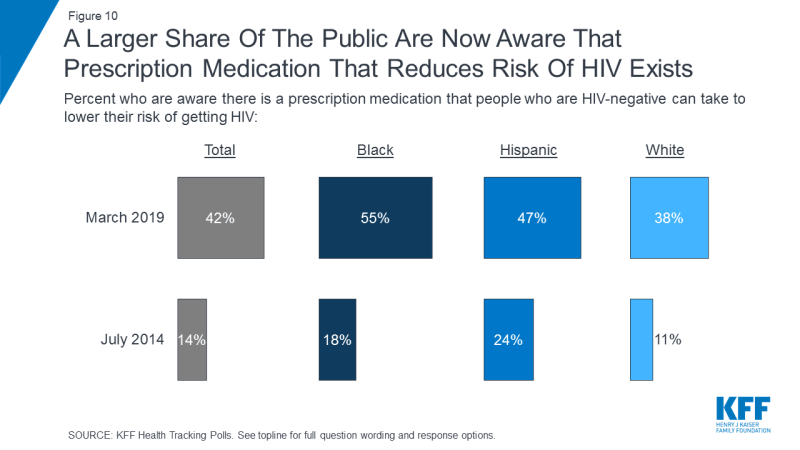 Figure 10: A Larger Share Of The Public Are Now Aware That Prescription Medication That Reduces Risk Of HIV Exists

Yet, few (13 percent) say they have heard either “a lot” or “a fair amount” about PrEP, or the brand name Truvada; including less than one-fifth of black adults (17 percent), Hispanic adults (16 percent), and white adults (11 percent). A 2018 CDC analysis that found only a small percentage of Americans who could benefit from PrEP have been prescribed it. 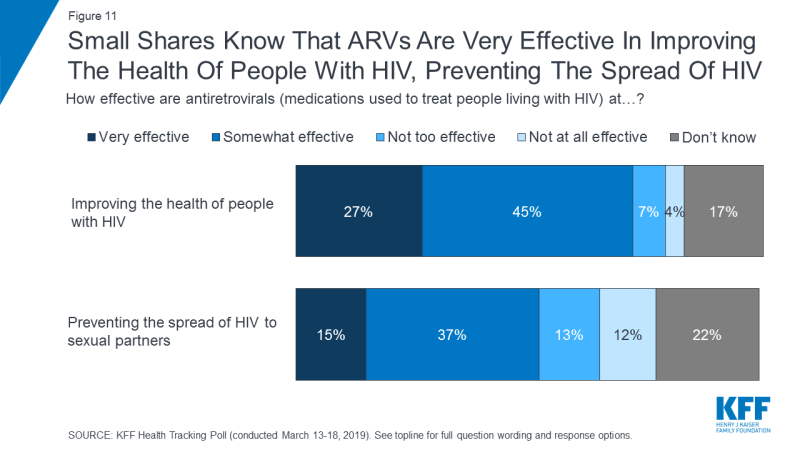 Figure 11: Small Shares Know That ARVs Are Very Effective In Improving The Health Of People With HIV, Preventing The Spread Of HIV

Research has found consistent use of antiretroviral therapy can reduce the amount of virus in the body to levels that are undetectable by standard lab test. When someone with HIV is undetectable, according to the CDC, there is effectively no risk of sexual transmission. Overall, about four in ten (39 percent) say they have heard the term “undetectable” before and know what it means, but the majority of people either say they haven’t heard the term before (52 percent) or they have heard it but they do not know what it means (8 percent). 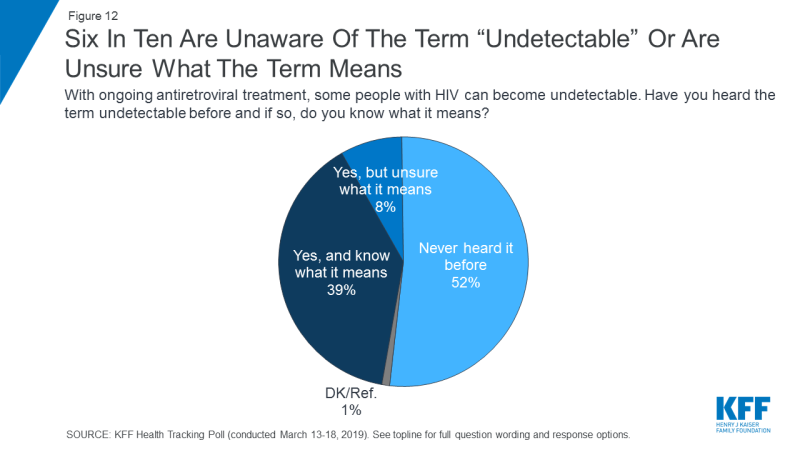 Figure 12: Six In Ten Are Unaware Of The Term “Undetectable” Or Are Unsure What The Term Means

In addition, less than half are aware the domestic HIV epidemic has had a greater impact on black Americans (41 percent) and Hispanic Americans (18 percent) than it has on white Americans. 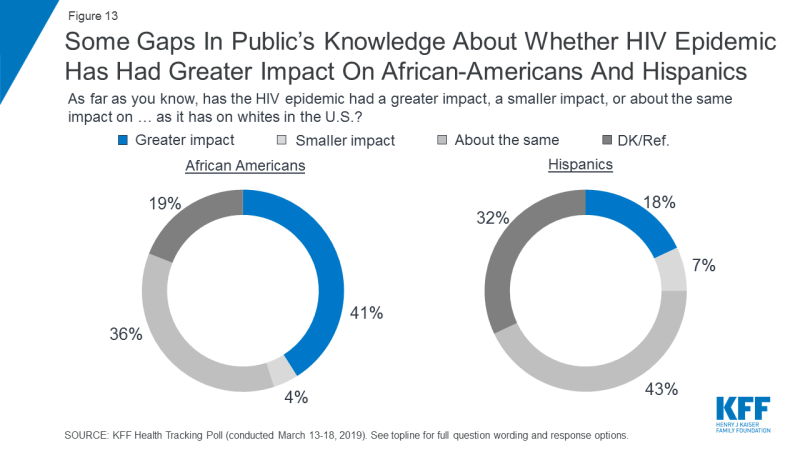 Figure 13: Some Gaps In Public’s Knowledge About Whether HIV Epidemic Has Had Greater Impact On African-Americans And Hispanics

On March 4, 2019, scientists publicly announced a second case of long-term remission in a patient with HIV. While technically not a “cure,” it has been described as such by some experts and in the mainstream media.3 When asked, two-thirds (67 percent) say there is currently no cure for HIV, while about one-fourth of the public (26 percent) say there is a cure for HIV.

Public Views of ACA and Medicare-for-all

Nine years since the passing of the Affordable Care Act (ACA), the public still holds largely partisan views over the health reform law and opinions have remained relatively unchanged for the past two years since the Republican efforts to repeal the law. Half of the public hold favorable opinions of the ACA, including eight in ten Democrats, nearly half of independents (45 percent), and about one-fifth of Republicans (17 percent). About four in ten (39 percent) of the public overall hold a negative opinion of the law including three-fourths of Republicans, four in ten independents (41 percent), and one in ten Democrats.

This partisan divide is also evident in the public’s support for a national health plan, or Medicare-for-all, in which all Americans would get their insurance from a single government plan. Majorities of Democrats and independents support a Medicare-for-all plan (78 percent and 54 percent, respectively), while most Republicans (71 percent) oppose such a proposal. 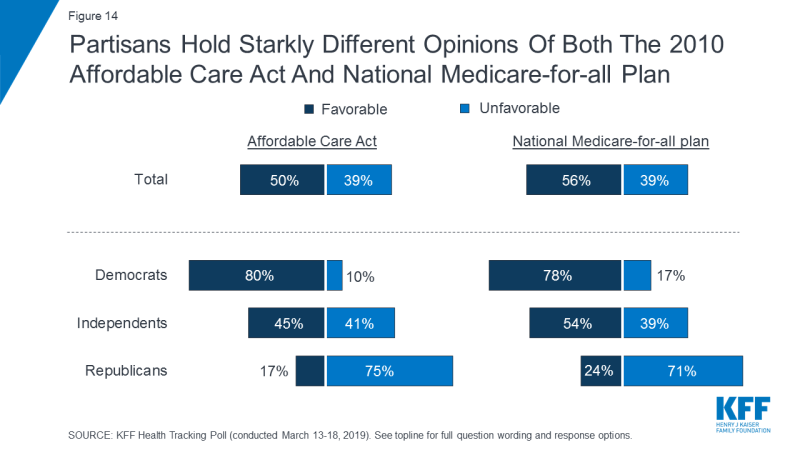 While Democrats are more likely than Republicans and independents to hold a favorable view of the ACA, Democrats are evenly divided in their views of whether they think Congress should focus on the ACA or on passing a national Medicare-for-all plan. When asked to choose, similar shares of Democrats say they would rather Democrats in Congress focus their efforts on “improving and protecting the ACA” (44 percent) as say they would rather Congress focus on “passing a national Medicare-for-all plan” (46 percent). The share who say they want Democrats in Congress to focus on “improving and protecting the ACA” has varied slightly in recent months. 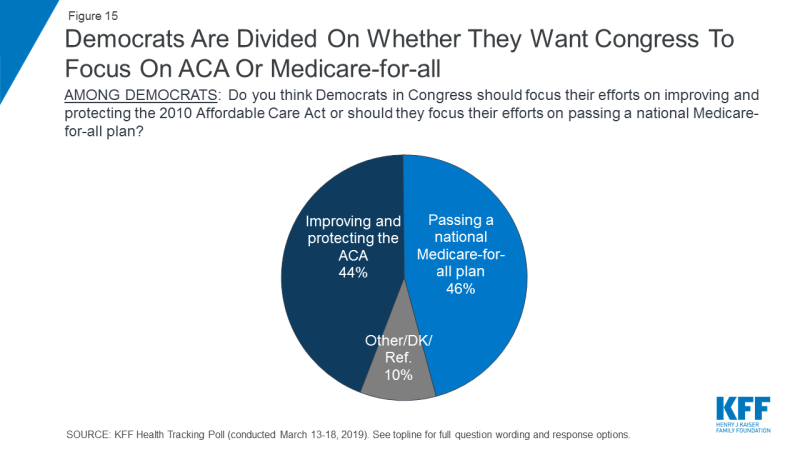 Figure 15: Democrats Are Divided On Whether They Want Congress To Focus On ACA Or Medicare-for-all

Why People Favor or Oppose Medicare-for-all?

When the mostly Democratic supporters are asked to say in their own words the main reason why they favor a Medicare-for-all plan, a plurality (40 percent) provide responses related to universal coverage, including nearly one in ten (7 percent) who explicitly say it is because they believe health care is a right. One in five (17 percent) say making health care more affordable and addressing high costs is the main reason they support a national health plan. The reasons offered echo the same themes emphasized by the plan’s proponents so far in the debate.

On the other side of the argument, nearly one in four opponents of a national Medicare-for-all plan (23 percent) cite concerns about government involvement in health care as the main reason for their opposition. Nearly one in eight (14 percent) offer that it is too expensive to implement as the main reason they oppose a national Medicare-for-all plan, which is the same as the share who say that they oppose it because it limits consumer choice (14 percent). 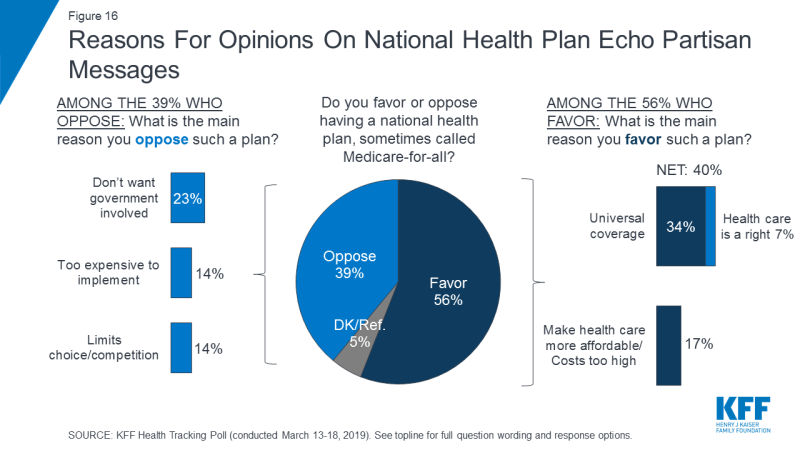 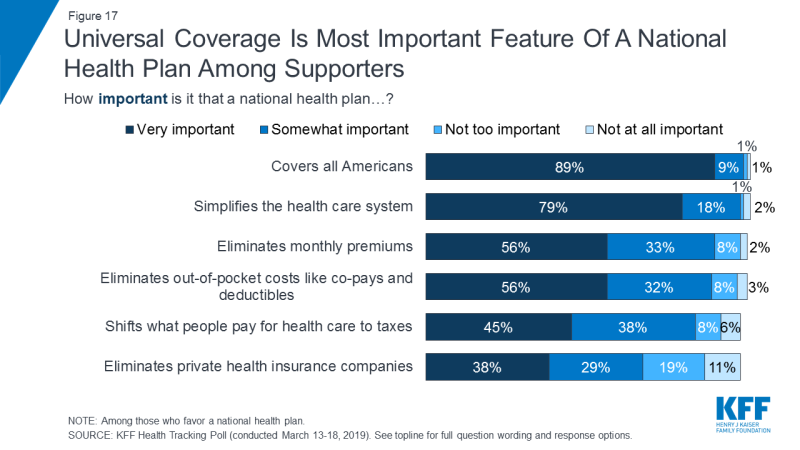 Figure 17: Universal Coverage Is Most Important Feature Of A National Health Plan Among Supporters