There has been a lot of discussion recently about Obamacare premium increases.

Donald Trump has weighed in–accusing the Obama administration of concealing big premium increases in the Affordable Care Act marketplaces and delaying them until after the election to influence the result. Here is a breakdown of how Mr. Trump’s assertion cannot be true:

Mr. Trump said on Aug. 10: “The big increase is now going to come on November 1. And they’re trying to delay it until after the election, because it is catastrophic. It is going to be an increase like never before. I’m hearing numbers that I don’t even want to say because the press will say, Oh, that’s terrible, he exaggerated. It’s not going to be an exaggeration. It’s going to be election-changing. And we can’t let those numbers be released on another date some time after the election, because it will show what a total disaster Obamacare is. So important.”

Consider, first, that we already have a good sense of what the 2017 premium increases will be. Proposed rates have been submitted; the Kaiser Family Foundation and others have analyzed them. As the graphic below shows, the average increase for the commonly selected benchmark “silver plan” in the major cities in states where full rate information is available is 9%. That’s a steeper increase than we have seen in recent years, but that may be because insurers are making a one-time adjustment to a variety of factors. The size of rate increases also varies considerably around the country. We will have to see the 2018 increases to determine whether it is a short-term correction or a longer-term problem. Most consumers–83%–receive subsidies and don’t pay the full increases. 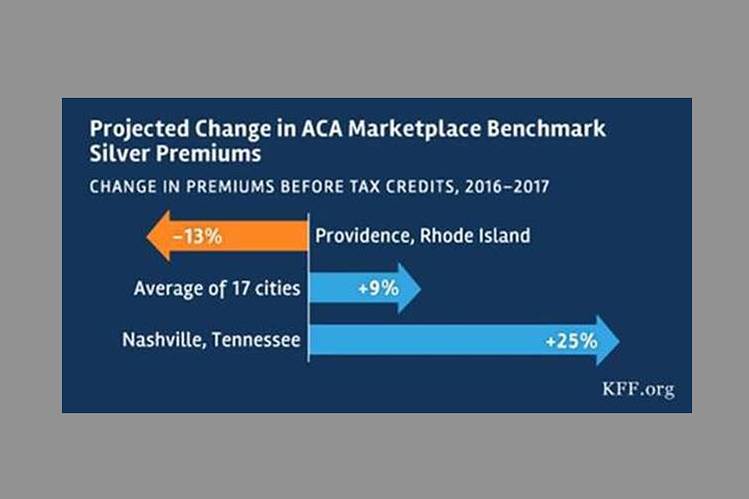 Recall also that rate increases are submitted by private insurers to state insurance departments. The Obama administration does not control the insurers or the state insurance regulators even if an insurer has a plan listed on the federal ACA marketplace through HealthCare.gov.

Finally, the next open-enrollment season for marketplace plans–the ones whose premium increases already are generally known–begins on Nov. 1. That’s a week before Election Day, Nov. 8. All premiums will be public at that point. So there is no possibility of concealing rates until after the election. The only thing that could change the timeline is a delay in open enrollment, and there is no reason to expect that.

In politics today–and this presidential election campaign in particular–facts, talking points, and wishful thinking have converged in speeches and statements. I do not pretend to know where the lines are drawn. Many people on the right and on the left have fact-based and principled criticisms of the Affordable Care Act that are not based on spin and exaggeration. But the Trump claim that the administration is concealing giant marketplace premium increases until after the election is a lot like the old claim that there were “death panels” in the ACA. It isn’t true. In this case it can’t be true. The question is how much the repeated assertions, even of falsehoods, will stick.