Women who Give Birth Incur Nearly $19,000 in Additional Health Costs, Including $2,854 More that They Pay Out of Pocket

Unlike other analyses that examine costs of specific pregnancy-related services, such as a vaginal or cesarean delivery, this new analysis compares three years of health care claims for reproductive-aged women who gave birth to claims for women who had not given birth. 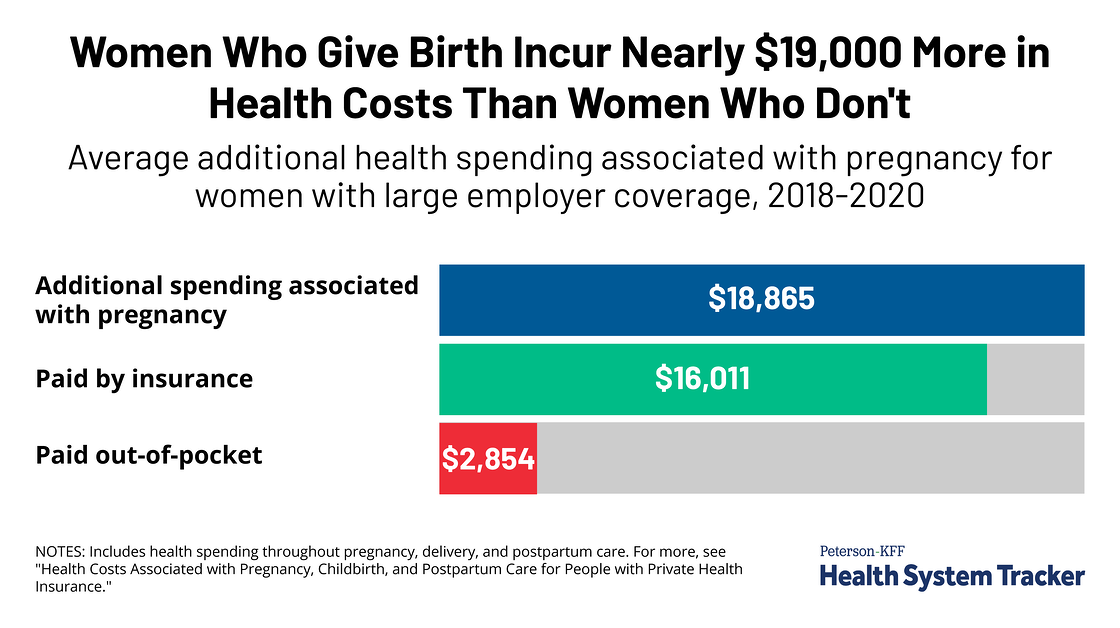 The analysis finds women who give birth incur an extra $18,865 in total health care spending over three years than other women. This includes an average of an additional $19,906 spent on inpatient and outpatient costs, which is partially offset by a $1,040 reduction in prescription drug spending. The lower drug costs likely reflect that pregnant women do not take birth control pills, which is one of the most common prescriptions for women of reproductive age, and that some other drugs are considered unsafe to take during pregnancy.

The analysis examines claims for women of reproductive age (15-49) from 2018 through 2020 in the IBM MarketScan Encounter Database, comparing total spending for women of similar ages who did and did not give birth. It does not include health spending for newborn babies. The analysis is available through the Peterson-KFF Health System Tracker, an online information hub dedicated to monitoring and assessing the performance of the U.S. health system.