Gas Prices Are the Public’s Top Financial Worry, But Unexpected Medical Bills Come in Second, Followed by Paying for Utilities and Food

Against the backdrop of public concern about inflation and rising gas prices, proposals to lower what people pay out-of-pocket for drugs tops the public’s list of health care priorities for Congress, a new KFF Health Tracking Poll finds.

Most (55%) of the public say inflation is the biggest problem facing the country. Fewer cite other issues such as the Russian invasion of Ukraine (18%), climate change (6%), the COVID-19 pandemic (6%), and crime (6%).

The economy, including inflation, also ranks as the top voting issue as people begin to think about this year’s midterm elections.

Partly reflecting these concerns about inflation and prices, the public’s “top health care priorities for Congress” focus on lowering what people pay for their health care. These include limiting price increases for prescription drugs to the inflation rate (61% say it is a top priority), capping out-of-pocket costs for insulin (53%), and placing a limit on how much seniors have to pay for health care (52%). Nearly half (48%) say that allowing the federal government to negotiate lower drug prices for Medicare beneficiaries is a top priority.

Less than half rank other issues as top health priorities, such as expanding coverage to people with low incomes in states that have not expanded their Medicaid programs (42%), increasing funding for mental health services (42%), and improving safety and quality in nursing homes (40%). Fewer rank more spending for COVID-19 (25%) and making permanent the financial help for people buying marketplace health coverage that was included in COVID-19 relief law (22%) as top priorities. 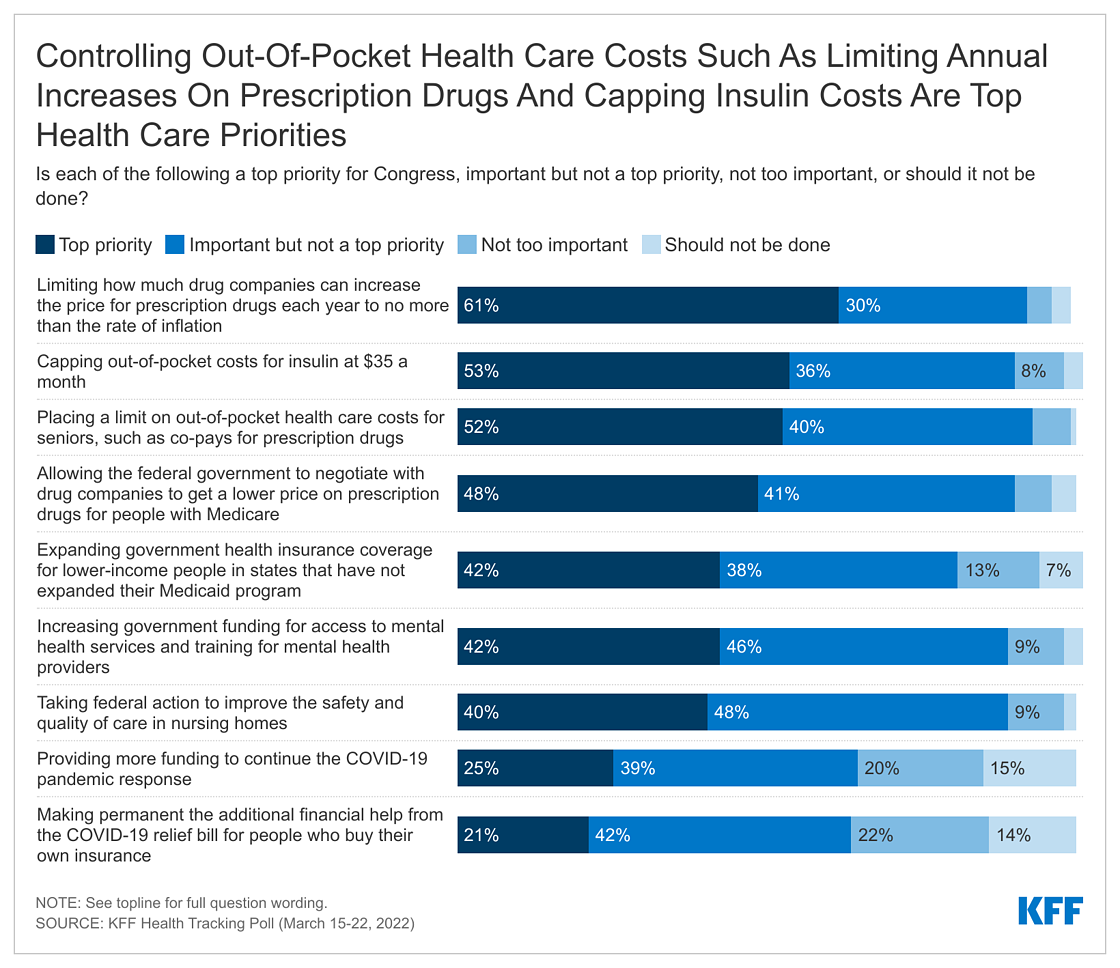 “The public’s priorities in health reflect deep concern about the prices of everything right now, including drug prices,” KFF President and CEO Drew Altman said. “That doesn’t mean other things that have long been popular do not have public support too; they do. It just means prices are the preeminent concern.”

The poll also finds other signs of how heavily inflation and health costs are weighing on Americans, with most of the public saying they are worried about being able to afford gasoline or other transportation costs (71%), unexpected medical bills (58%), or monthly utility bills (50%). The shares worried about paying for gas and utilities are up significantly since February 2020. 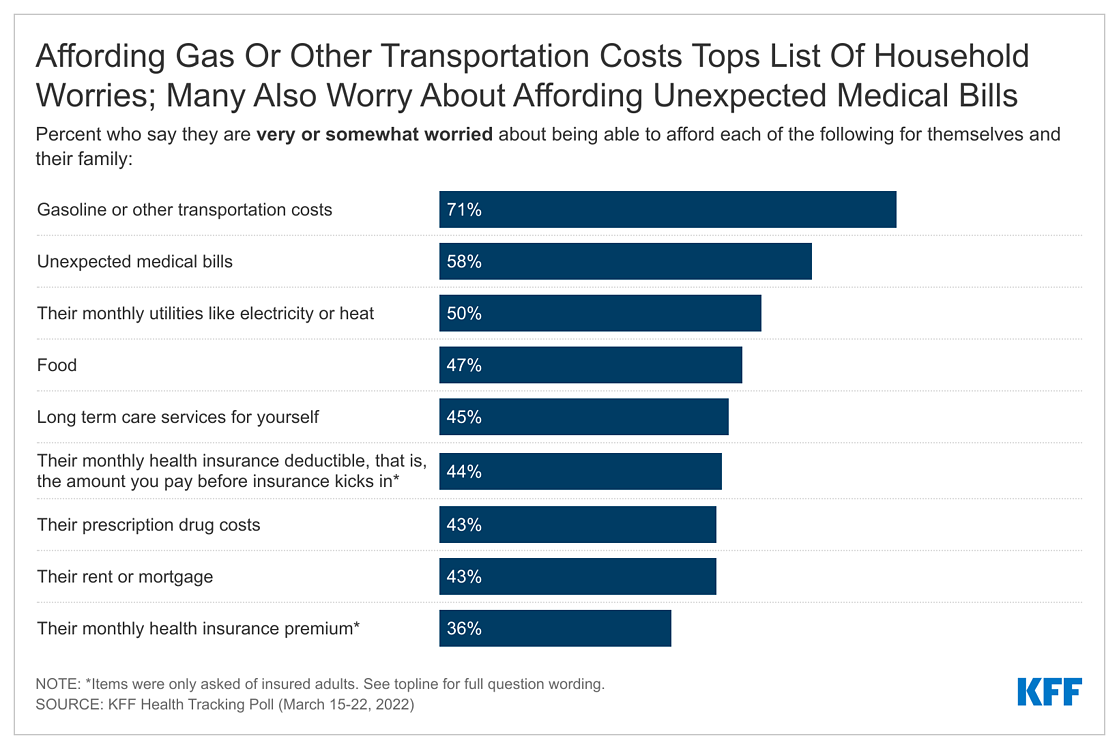 With many people worried about affording unexpected medical bills, the poll also finds most (56%) people with private insurance say they know nothing at all about a federal law that took effect in January that protects people from receiving unexpectedly large medical bills when they unknowingly receive out-of-network care. Fewer say they know “a lot” (3%), “some” (18%) or “a little” (22%) about the law.

As the Affordable Care Act Turns 12, Most People Continue to View the Law Favorably

Designed and analyzed by public opinion researchers at KFF, the KFF Health Tracking Poll was conducted from March 15-22 among a nationally representative sample of 1,243 adults. Interviews were conducted in English and Spanish online (974) and by telephone (269). The margin of sampling error is plus or minus 4 percentage points for the full sample. For results based on subgroups, the margin of sampling error may be higher.