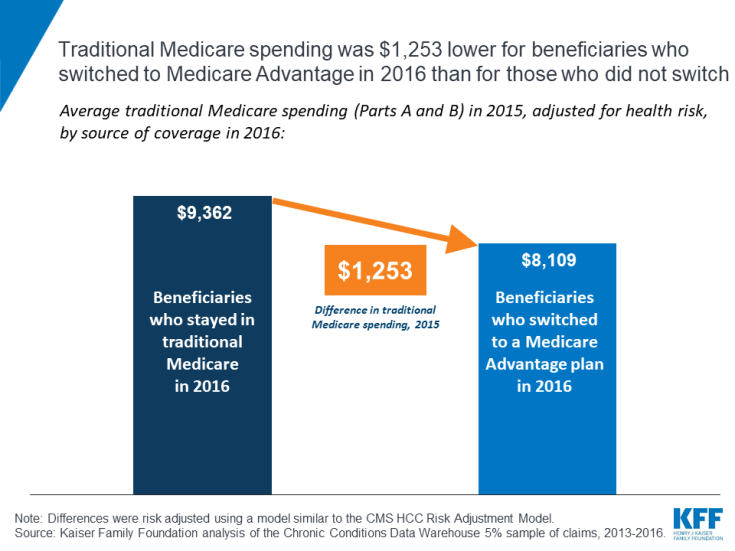 Setting payments to more accurately reflect expected costs would have major implications for Medicare spending, as Medicare Advantage plans cover 20 million people, about a third of all Medicare beneficiaries, and enrollment is expected to climb to over 30 million people within the next decade.