Wide Variation in How States Are Distributing COVID-19 Vaccine 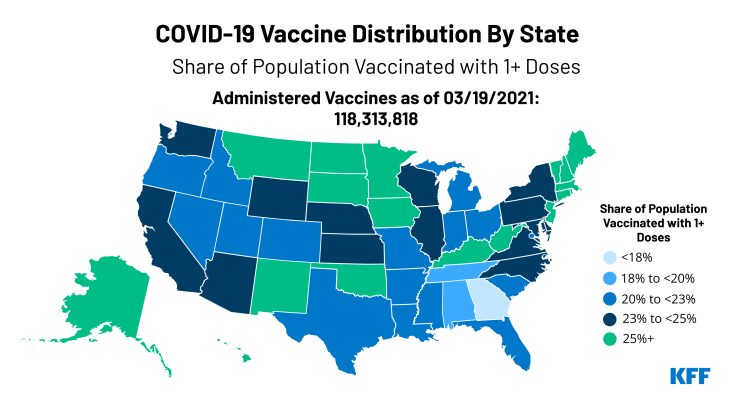 Vaccine distribution has quickened in recent months as states have expanded eligibility to larger segments of the population, but overall there is wide variation in which populations states are prioritizing for vaccination and how they are distributing their vaccine supply. As such, vaccine roll-out has progressed at different speeds in each state across the country. The map below shows the share of the population in each state with at least one dose administered as of March 19.