By mid-April, about a third (34%) of all COVID-19 deaths were in long-term care facilities, down from a peak of nearly half (49%) in June 2020 and 42 percent around the time that long-term care residents and staff began receiving vaccines in late December.

Similarly, average new weekly cases in long-term care facilities were just 1.6 per 100,000 state residents in April, also an all-time low, compared to a peak of 20.3 in December 2020 across the 39 states (38 states plus DC) for which trend data is available. 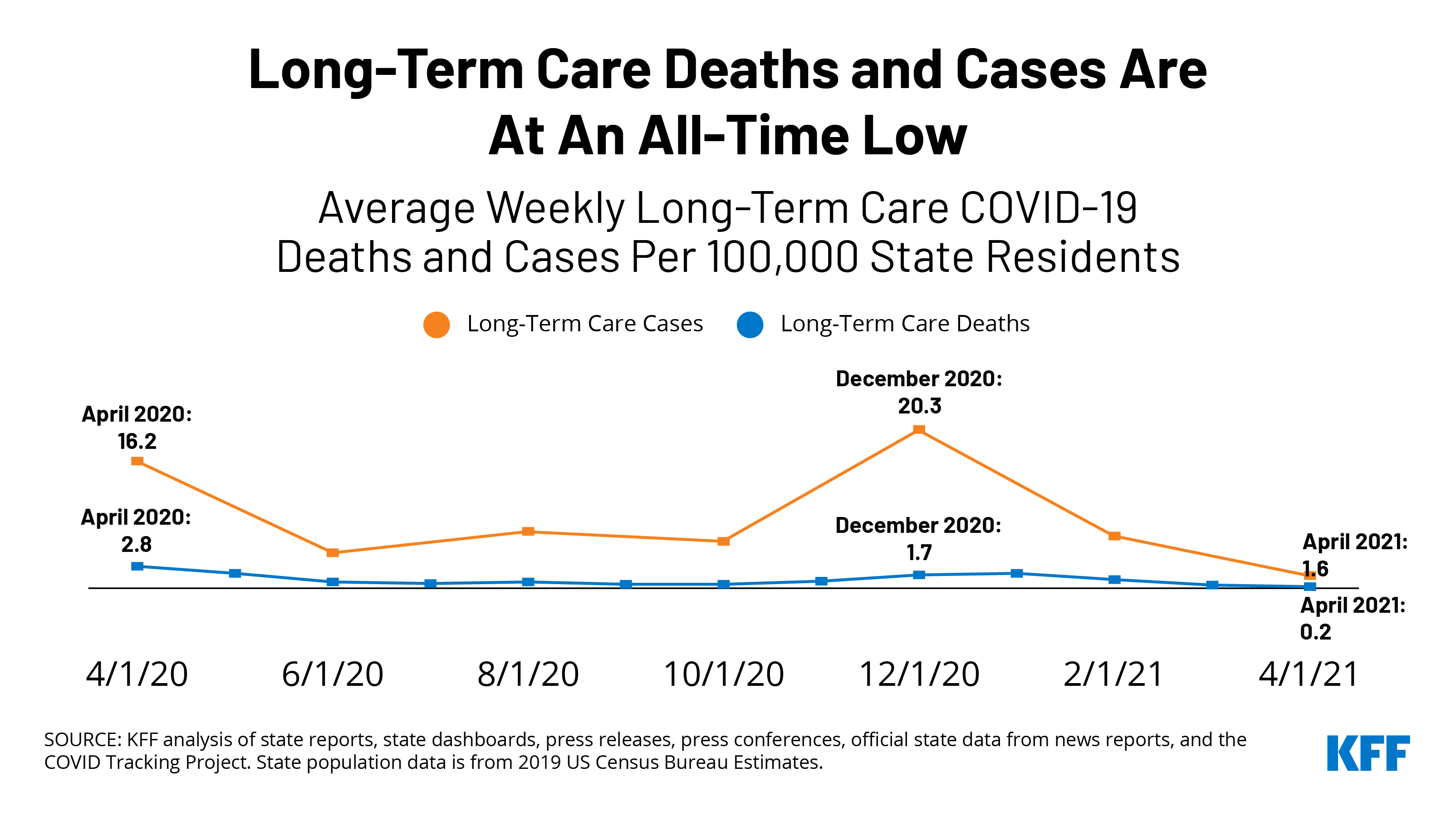 Not all the news is good. Eight states experienced a rise in COVID-19 cases in long-term care facilities between March and April 2021. The increases ranged from a 6 percent uptick in New Hampshire to a more than 150 percent jump in Connecticut and Michigan. Such increases may be reflective of increased COVID-19 cases and community spread in such states overall, often attributed to rising infections among younger people due to “pandemic fatigue.”

No states reported increases in both cases and deaths in long-term care settings between March and April, so it remains to be seen whether recent increases in cases in a few states will lead to increases in deaths.

For more data and analyses about COVID-19 and long-term care settings, visit kff.org.