Medicaid, the state and federal health coverage program for low-income people, finances family planning services for millions of women across the nation. National statistics, however, can mask important state-level Medicaid policy and utilization differences. Two new KFF state-level analyses have just been posted that provide up-to-date coverage policies and practices as well as new data on contraceptive provision under Medicaid.

Based on findings from a national survey of states on Medicaid family planning coverage policies for adults, this new report finds that while all states cover a broad range of contraceptive methods, many impose limitations like prior authorization or quantity limits. These are used to help states control spending but can affect beneficiaries’ ability to obtain their preferred method in a timely manner. In terms of other family planning services, while most states reported covering sexually transmitted infection (STI) testing and treatment, some require prior authorization for Pre-Exposure Prophylaxis (PrEP) to prevent HIV acquisition. Despite the growth in STI rates in many states, few reported covering Expedited Partner Therapy (EPT) which is endorsed by the Centers for Disease Control and Prevention (CDC) as an effective method to control the transmission of STIs.

Family Planning and Contraceptive Provision Among Females Enrolled in Medicaid

According to a new analysis using national Medicaid claims data, one in four female Medicaid enrollees of reproductive age was provided at least one contraceptive service in 2018. This range, however, varied considerably by state, from a low of 18% in Arkansas and Arizona to a high of 34% in Wisconsin. The most common method provided to enrollees was oral contraception, followed by injectable contraception (DMPA), then IUDs. The new analysis also highlights notable regional and age differences by type of method. Women in the South had the lowest provision of oral contraceptives and the highest annual sterilization rates. Not surprisingly, a higher share of women ages 30-49 relied on sterilization and IUDs compared to younger women ages 15-29 who tended to rely on other hormonal methods. 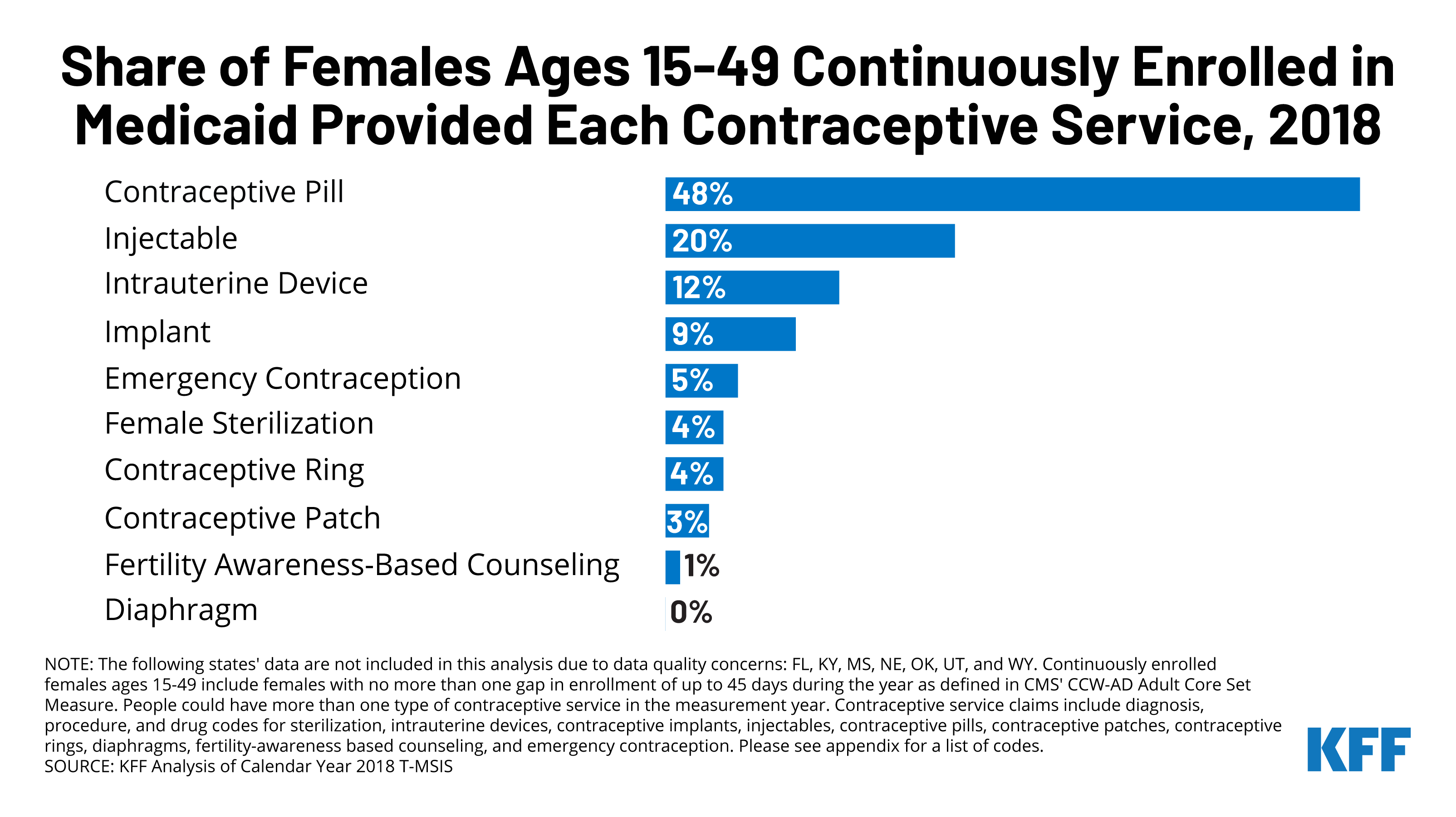