Leading up to the 50th Anniversary of the Now-Overturned Roe, New KFF Brief Presents an Analysis of Current Legal Challenges to State Abortion Bans

As the nation marks the 50th anniversary of the Supreme Court of the United States landmark Roe v. Wade decision, which the Supreme Court overturned, 14 states have active litigation challenging state abortion bans and restrictions. A new KFF brief explains how individuals and organizations suing to block the bans are framing their legal challenges based on different state constitutional protections and state laws now that the battleground over abortion rights rests with states.

In time, these challenges will reach each state’s highest court, ultimately deciding the constitutionality of state-level abortion bans determining whether abortion will be available in the state. 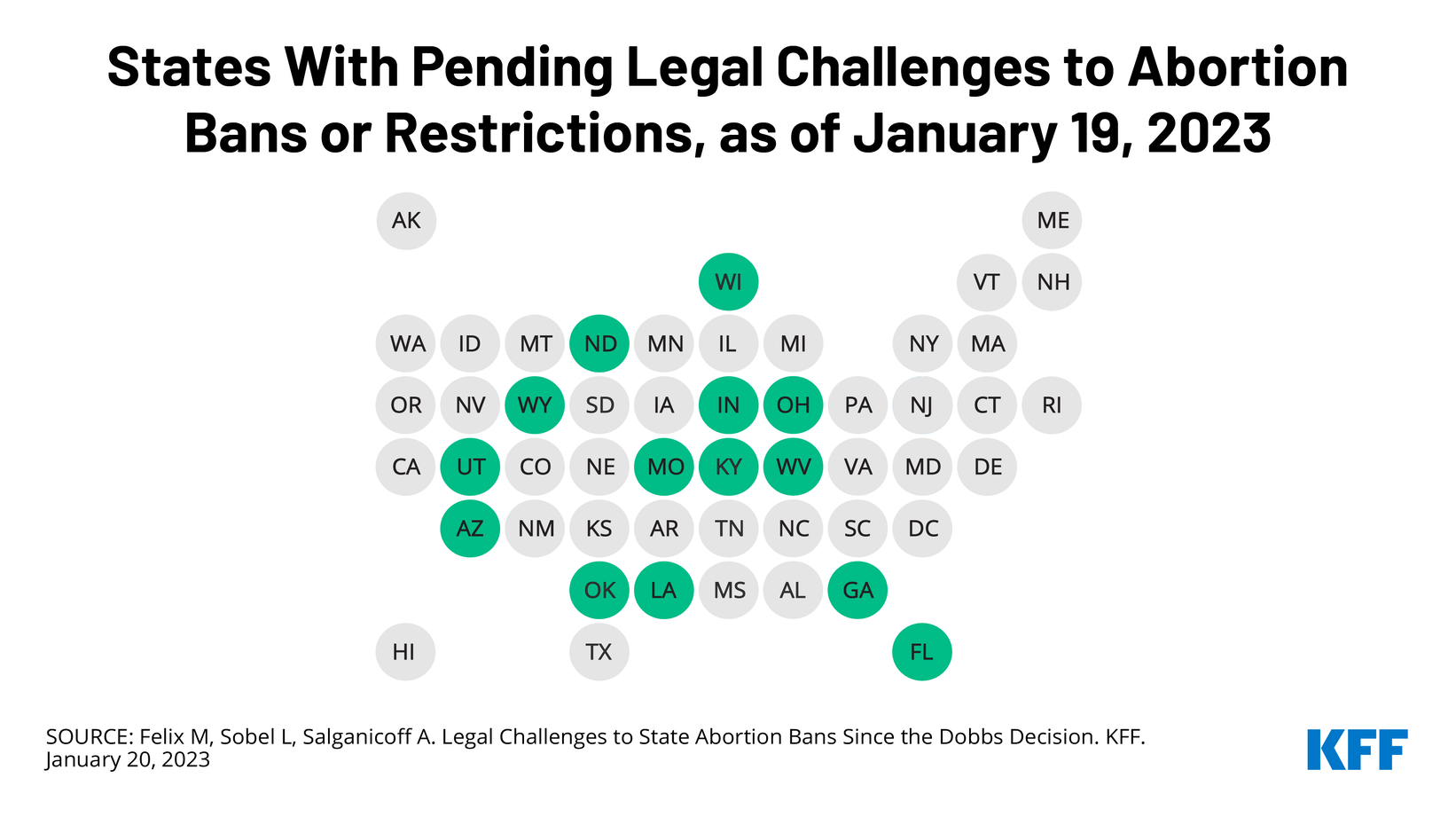 Review the brief “Legal Challenges to State Abortion Bans Since the Dobbs Decision” to learn more.