KFF Poll: Most Americans Are Unaware of How Common STIs Are Among Adults and That Rates Are Rising

A new KFF poll examines the public’s knowledge and attitudes about sexually transmitted infections (STIs) and finds that while knowledge about how STIs are transmitted is high, large majorities are unaware of how common STIs are among adults in the U.S.

About one-third of adults (36%) know that STIs have become “more common” over the past ten years — similar to the share who say they “don’t know enough to say” (38%). In addition, few (13%) know that over half of the people in the U.S. will get an STI sometime during their lifetime. 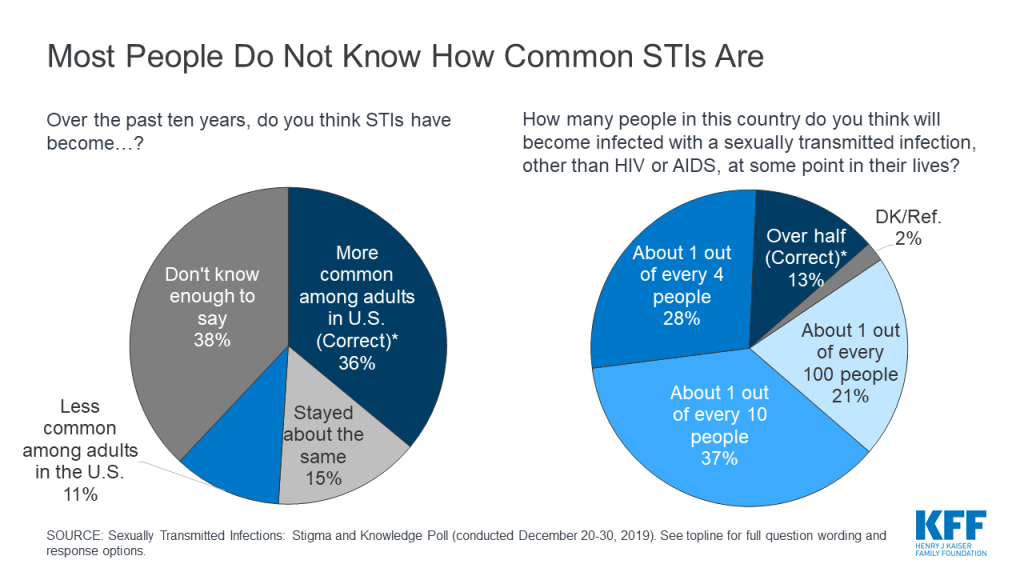 Knowledge about treatment is mixed, but knowledge about transmission is high. About half of the public know certain common STIs are curable with medications. Slightly more than half of adults know gonorrhea and chlamydia are curable (56% and 54%, respectively), and genital herpes is not curable (59%). Fewer are aware that syphilis is curable (45%).  In contrast, a large share of the public is aware that STIs are often asymptomatic, yet transmissible. 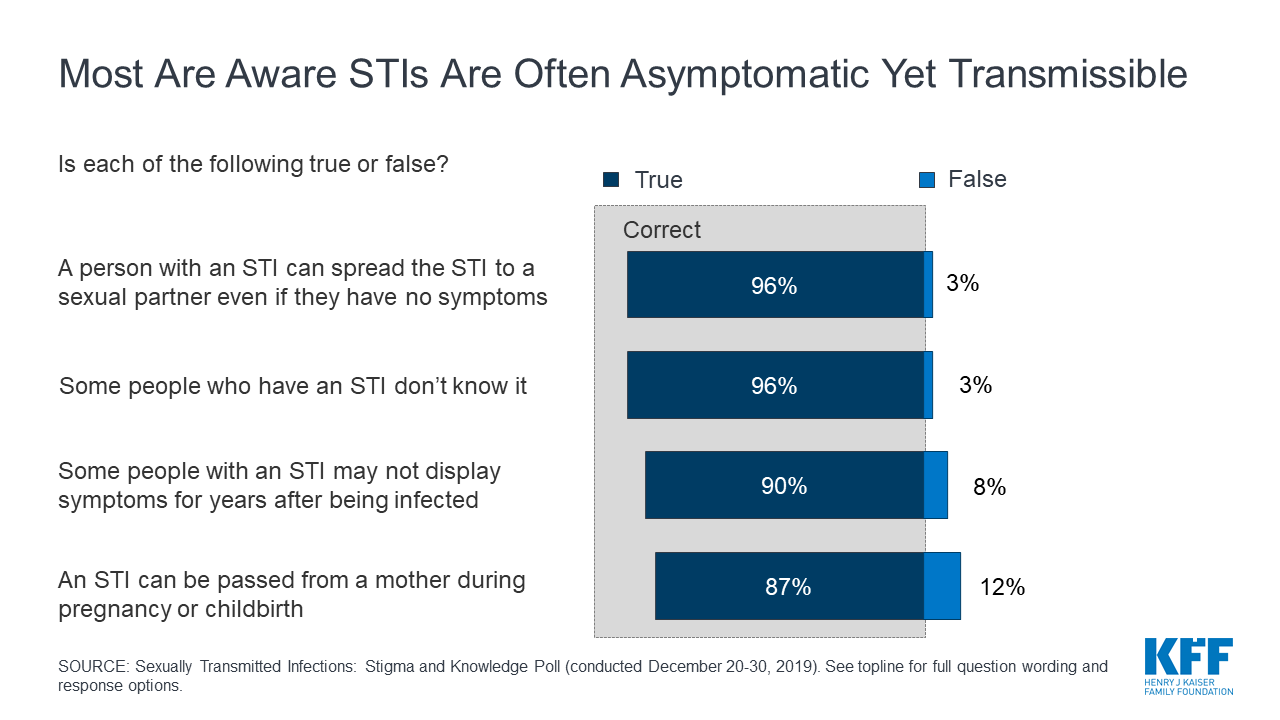 In addition to these poll findings, KFF has an updated fact sheet about STIs that includes an overview of STIs and reviews how STI prevention and treatment services are financed in the United States.

Designed and analyzed by public opinion researchers at KFF, the poll was conducted December 20-30, 2019 among a nationally representative probability-based sample of 1,215 adults including an oversample of 351 women, 18-49 years old. Interviews were conducted in English and Spanish online (1,100) and on the phone (115). The margin of sampling error is plus or minus 3 percentage points for the full sample and 6 percentage points for women, 18-49. See topline for margin of sampling error for other subgroups.