New KFF Poll Finds Significant Knowledge Gap About Abortion Among the Public; Despite Shifting Abortion Policy Landscape, Reproductive Health Issues Are Not a Top Priority for Democrats in 2020.

The latest KFF poll finds most Americans (67%) think recent state-level abortion restrictions are designed to make access to abortion more difficult, rather than protect women’s health and safety. These state-level abortion restrictions have become more common in the last several years – with lawmakers arguing that these laws are intended to protect women’s health and safety. 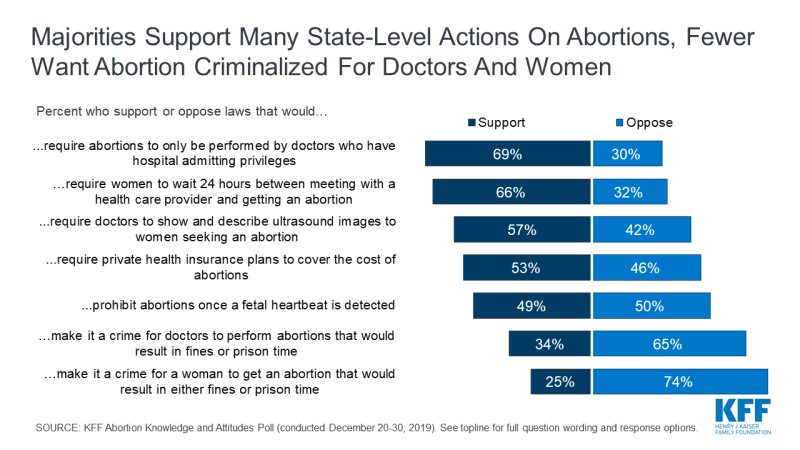 Despite knowing that these state actions are intended to reduce access to abortion, the poll also found that many support some of these regulations, including laws that require abortion providers to have admitting privileges at nearby hospitals (69%) and laws that prohibit abortions once cardiac activity is detected (49%). 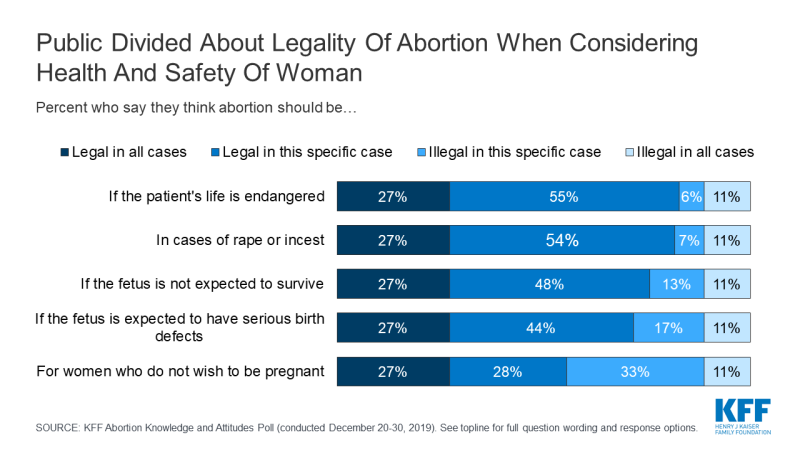 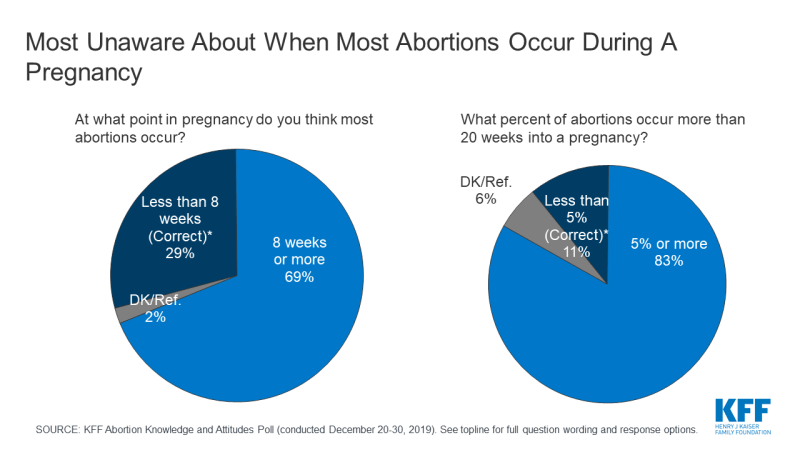 In addition, only about one-fifth of adults (21%) and one-third of women between the ages of 18 and 49 (36%) have ever heard of Mifepristone, or a medication abortion.

Despite an increase in state-level abortion regulations and ongoing court cases regarding reproductive health care, these issues do not appear to be a priority in the 2020 election for most voters – even among Democrats. Health care generally is the top issue that Democrats want to hear discussed by the 2020 presidential candidates, with one-third calling it the most important issue. Only six percent of Democrats cite reproductive health issues, including birth control and abortion, as their chief concern.

Designed and analyzed by public opinion researchers at KFF, the poll was conducted December 20-30, 2019 among a nationally representative probability-based sample of 1,215 adults including an oversample of 351 women, 18-49 years old. Interviews were conducted in English and Spanish online (1,100) and on the phone (115). The margin of sampling error is plus or minus 3 percentage points for the full sample and 6 percentage points for women, 18-49. See topline for margin of sampling error for other subgroups.