Despite Efforts to Prevent Out-of-Pocket Costs for Rape Kits and Services by the Violence Against Women Act, Some Women Still Face Charges

In the United States, more than one in three women experience sexual violence in their lifetime. Despite the intent of Violence Against Women Act (VAWA) to protect survivors from out-of-pocket spending stemming from rape kit collection services also known as a medical forensic exam (MFE), many women face health care bills because they seek those critical services.

A new KFF analysis of a sample of private insurance claims from large employers finds that two-thirds (66%) of insured women who received a rape kit after a sexual assault faced out-of-pocket charges for these services, spending an average of $347 out of pocket. 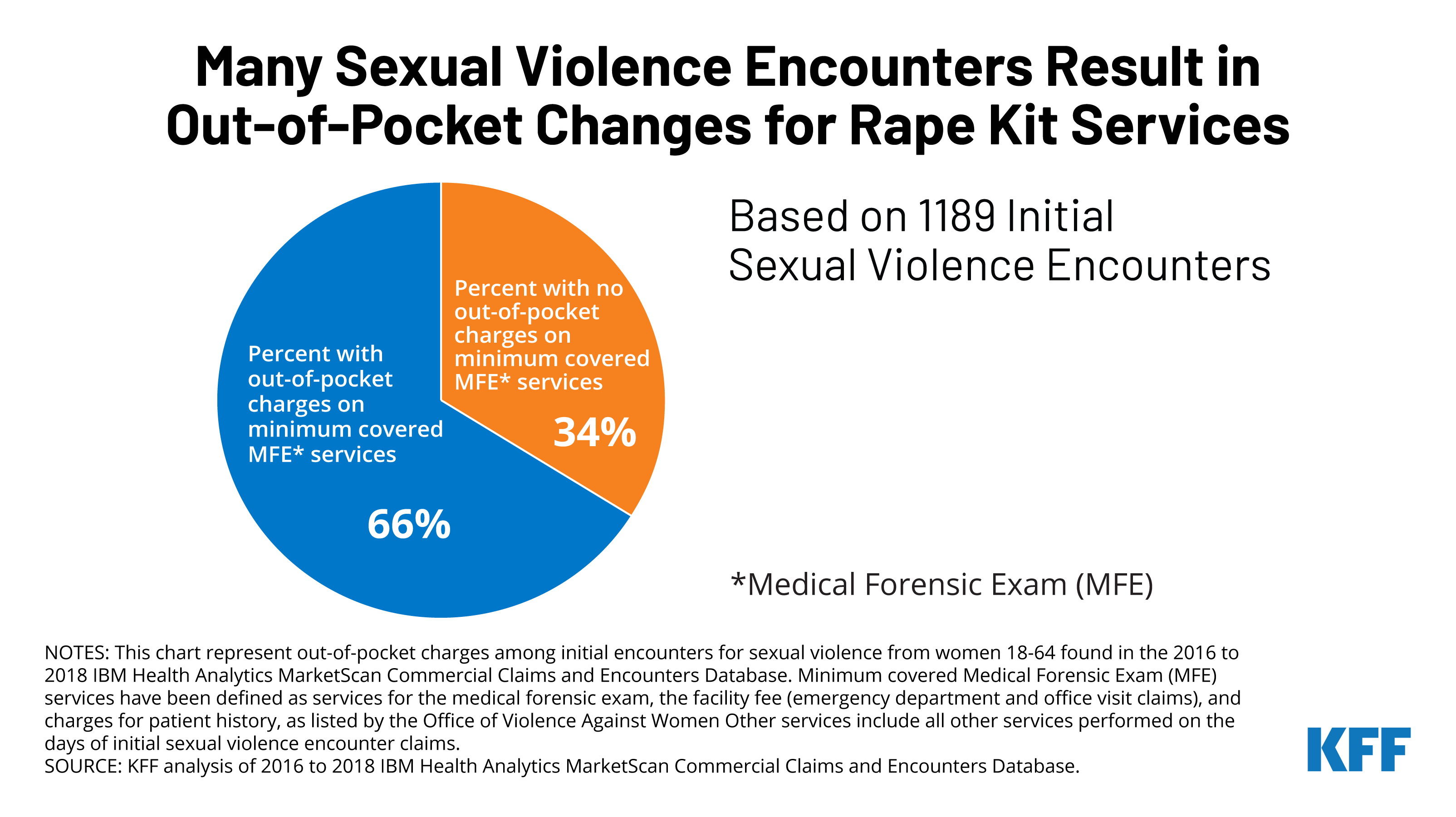 This new analysis also reviews the federal and state policies that contribute to the gaps in coverage for these women, despite the intention of the VAWA to make no-cost rape kits accessible to all survivors.

President Biden recently signed the newly reauthorized VAWA, which does not specifically address the issue of out-of-pocket charges that many face for minimum covered services of the MFE. The reauthorization could help strengthen and expand the availability of health care services for victims, including better oversight and transparency regarding programming for survivors of sexual assault and a new public website with information about the availability of forensic nurse examiners.