Three reports examining how health issues are handled by the Latino-oriented media today and how Latinos use the media as an information source on health issues. The three new studies were released at the National Association of Hispanic Journalists (NAHJ) conference. The studies are also available separately: A National and…

Testimony: The Status of Health and Health Care Disparities in the United States

On March 8, 2017, Kaiser Family Foundation Director of the Disparities Policy Project Samantha Artiga testified before the House Subcommittee on Labor, Health and Human Services, Education and Related Agencies. She presented on the status of health and health care disparities in the United States. 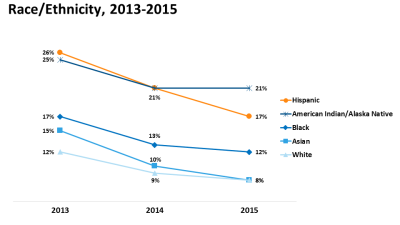 What is at Stake for Health and Health Care Disparities under ACA Repeal?