In this column for The Wall Street Journal’s Think Tank, Drew Altman explains why prescription drug spending may be a larger share of health spending than most people think, depending on how you look at it.

In his latest column for The Wall Street Journal‘s Think Tank, Drew Altman explains why prescription drug spending may be a larger share of health spending than most people think, depending on how you look at it. All previous columns by Drew Altman are online.

In his latest column for The Wall Street Journal’s Think Tank, Drew Altman discusses a new Blue Cross Blue Shield Association report on “extreme price variation” in health care services and the limits of consumer information as a solution to the problem. All previous columns by Drew Altman are available… 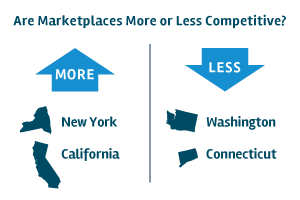 A new KFF analysis examines how new federal rules on price transparency for health services may affect patient decision-making and market pricing. As of January 1, 2021, the United States Department of Health and Human Services requires that hospitals publish payer-negotiated rates for common services on their websites. A second… 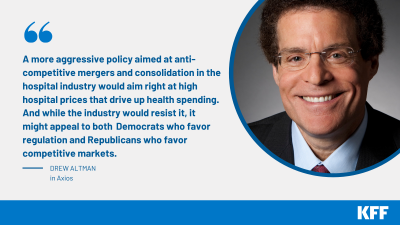