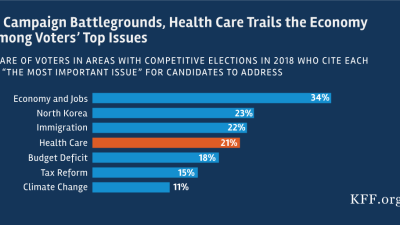 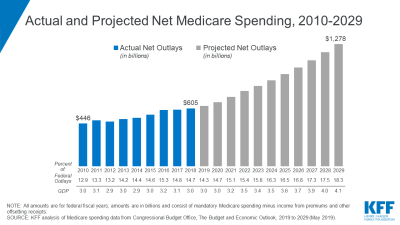 This issue brief examines the latest facts about Medicare spending and financing, including the most recent historical and projected Medicare spending data from the Centers for Medicare and Medicaid Services Office of the Actuary, the 2019 annual report of the Boards of Medicare Trustees, and the 2019 Medicare baseline and projections from the Congressional Budget Office. It discusses historical and projected spending trends, program financing, Medicare’s financial condition, and the future outlook. 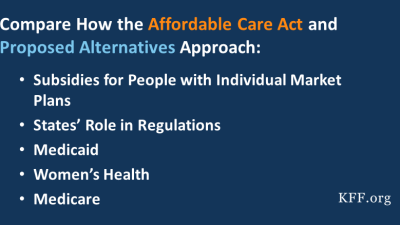 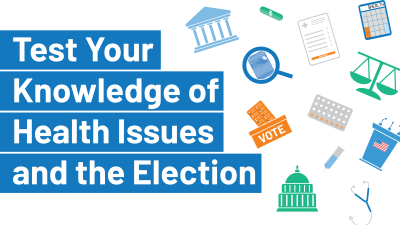 KFF Articles in the Journal Generations: Medicare at 50

Published in a special Summer 2015 edition of the journal Generations on Medicare’s 50th anniversary, these six articles by KFF staff reflect on Medicare’s history, evolution and future, including a look at lessons and challenges, the Medicare and Medicaid partnership, coverage, the role of private plans, Medicare’s role for women, and the public opinion about the program.