Getting Connected: Can the ACA Improve Access to Health Care in Rural Communities?

Residents of rural communities face unique health care challenges, including fewer health care providers, higher rates of chronic disease, and lower adoption rates of health information technology. This October 13 briefing, cosponsored by the Alliance for Health Reform and the United Health Foundation, looked at the many provisions in the…

Health Affairs Article: Medicaid Expansion Under Health Reform May Increase Service Use and Improve Access For Low-Income Adults With Diabetes

This analysis finds that Medicaid’s role in financing diabetes care will grow when many low-income uninsured people with diabetes become eligible for Medicaid as the program expansions under the Affordable Care Act in 2014. Adult Medicaid beneficiaries with diabetes had annual per person health expenditures more than three times higher… 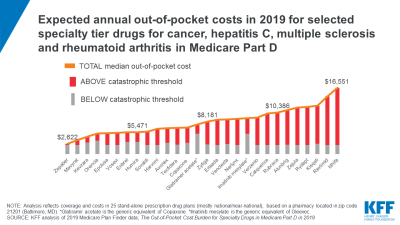 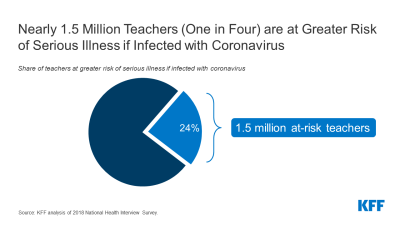 About 1.5 Million Teachers are at Higher Risk of Serious Illness From COVID-19

As local, state and federal official debate when and how to reopen schools across the nation, a new KFF analysis estimates nearly 1.5 million teachers have health conditions that put them at higher risk of serious illness if they were to contract COVID-19. This represents nearly one in four (24%)…

This brief provides key information about the new option for state Medicaid programs to provide “health home” services for enrollees with chronic conditions. The option, established under the new health reform law, took effect on Jan. 1, 2011. Health homes are designed to facilitate access to and coordination of the…

In this column for The Wall Street Journal’s Think Tank, Drew Altman explains how a recent Bureau of Economic Analysis report makes the nation’s health care spending more tangible by breaking it down by disease.