In September 2017, hurricanes Maria and Irma struck Puerto Rico and the U.S. Virgin Islands (USVI), causing immediate widespread destruction and precipitating lingering infrastructure and health problems. In the year since the hurricanes hit, recovery of the health care system has been slow. Community health centers are an important part of the health care system and while most are fully operational, significant challenges remain.

In the wake of the hurricanes, researchers at the Geiger Gibson Program in Community Health Policy at George Washington University’s (GW’s) Milken Institute School of Public Health have been chronicling the recovery experiences of health centers in both Puerto Rico and the USVI. A report issued in early 2018 found that, a few months after the hurricanes, 65% of health centers required building repairs and nearly half (48%) needed repair or replacement of their internet and phone service.1 Health centers cited difficulties in recruiting and retaining physicians, pharmacy staff, mental health staff, and substance use disorder staff. Health centers reported that the loss of employees’ homes, transportation problems, and increased demand for care in community settings were among the top three challenges facing their staff.

This brief presents findings from the most recent Geiger Gibson/KFF survey of community health centers in Puerto Rico and USVI one year after the hurricanes. It describes the current state of health center recovery and examines shifts in need and capacity, which have potential longer-term implications.

A recent analysis increased Puerto Rico’s death toll from hurricane Maria. A study commissioned by Puerto Rico’s Governor reported that the disaster was associated with 2,975 excess deaths in the six months following the hurricane.9 This number far exceeds the official death toll of 64 reported in the immediate aftermath of the storm. The analysis, conducted by scientists at GW’s Milken Institute School of Public Health in collaboration with the University of Puerto Rico’s Graduate School of Public Health, also found that death rates were far more elevated in the poorest municipalities. While the study focuses on near-term mortality impact, its findings underscore systemic challenges and suggest that the 2017 hurricane events will carry major longer-term health consequences. 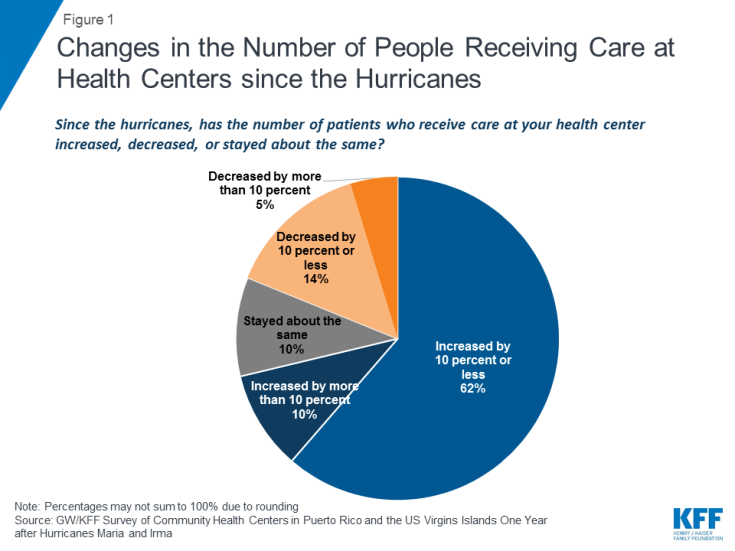 Figure 1: Changes in the Number of People Receiving Care at Health Centers since the Hurricanes

Reflecting the lingering effects of the hurricanes, increasing numbers of health center patients are suffering mental health problems, stress-related conditions, and poorly managed chronic health conditions. The trauma of living through the hurricanes and the stress of the recovery have taken a toll on the residents of Puerto Rico and USVI. Over eight in ten (86%) health centers reported an uptick in patients with depression and anxiety compared to the time period before the hurricanes, and seven in ten reported that patients were more likely to have suicidal thoughts or attempts and alcohol or other substance use disorders (Figure 2). Large shares of health centers also reported their patients were more likely to present with stress-related conditions such as insomnia and heart palpitations (75%), chronic conditions, such as diabetes and hypertension, that were not well-managed (71%), and respiratory conditions including asthma (70%). 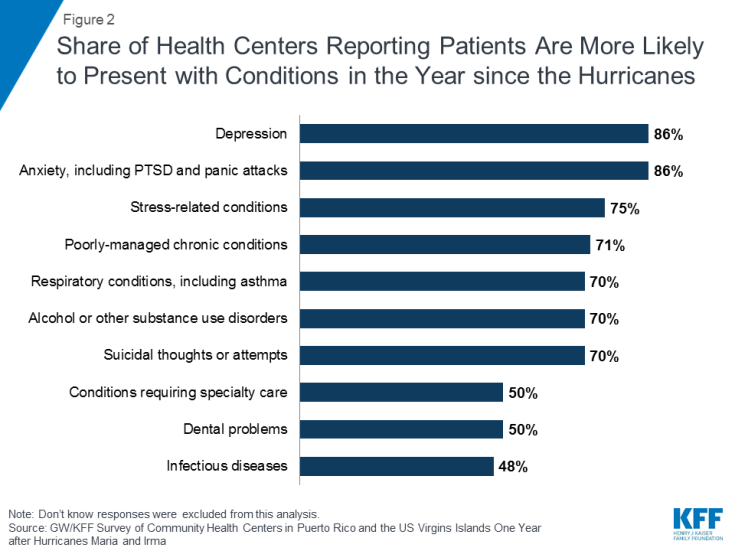 Figure 2: Share of Health Centers Reporting Patients Are More Likely to Present with Conditions in the Year since the Hurricanes 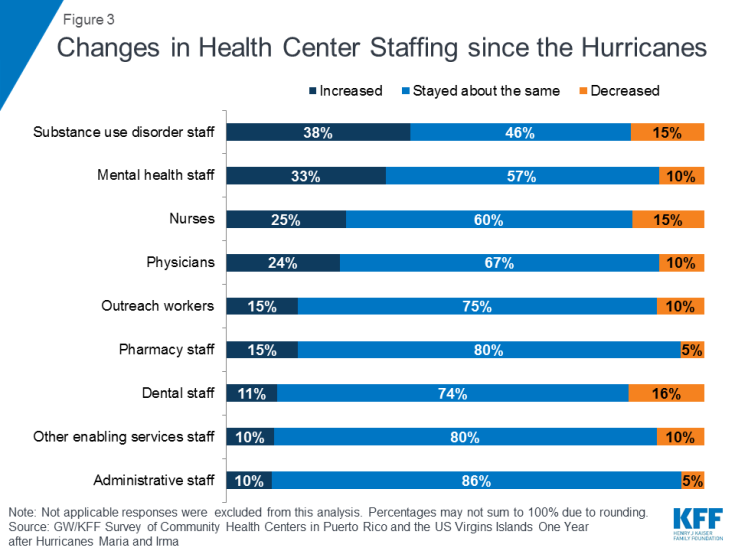 Figure 3: Changes in Health Center Staffing since the Hurricanes 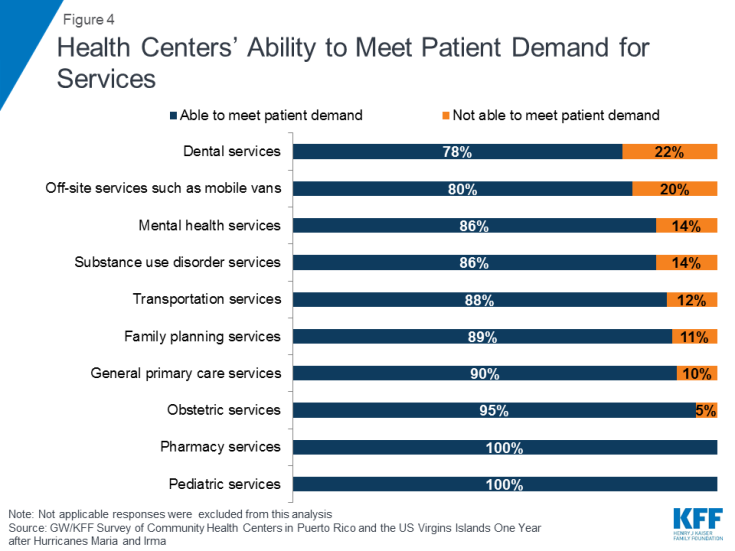 Health centers are experiencing growing constraints on their ability to secure specialty referrals for patients with complex needs. While health centers have increased capacity to meet the demand for a wide range of services at their facilities, some patients require more specialized services from other health care providers. Health centers in both Puerto Rico and USVI have faced longstanding provider shortages (defined as either no available providers or long wait times for appointments) when referring patients, but in some cases, these shortages have worsened since the hurricanes hit. Health centers that refer for services were most likely to report facing provider shortages when referring patients for inpatient hospital care, specialty care, and mental health care (Figure 5). While problems with access to hospital-based care predated the hurricanes, this remains a particular challenge in USVI where the hospital on St. Croix is operating at significantly reduced capacity.10 Although most health centers said they were able to provide needed pediatric and obstetric care on-site, when they did need to refer for these services, likely for pediatric specialty care and high-risk obstetric care, they faced significant challenges.

Even as more patients have presented with behavioral health and stress-related conditions and are in need of specialty care, shortages have worsened for mental health and other specialty care referrals. Among health centers that face shortages when referring patients, two-thirds said shortages for specialty and mental health care have gotten worse over the past year, and four in ten said access to substance use disorder treatment and dental care have worsened (Figure 5). 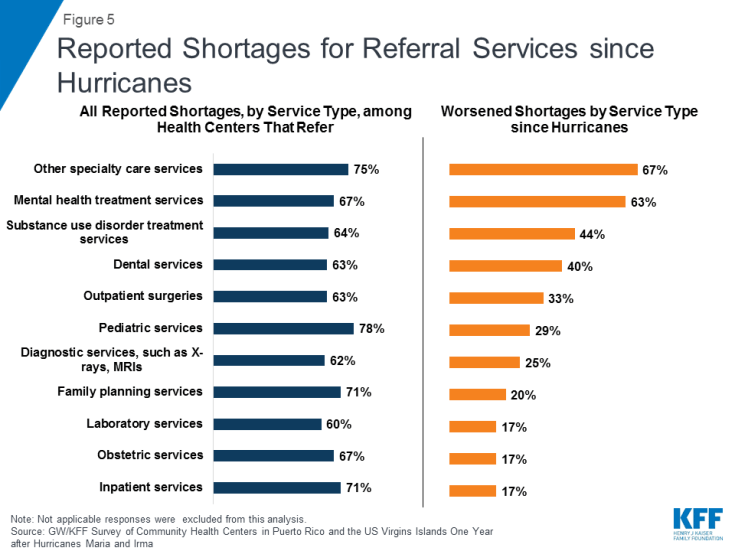 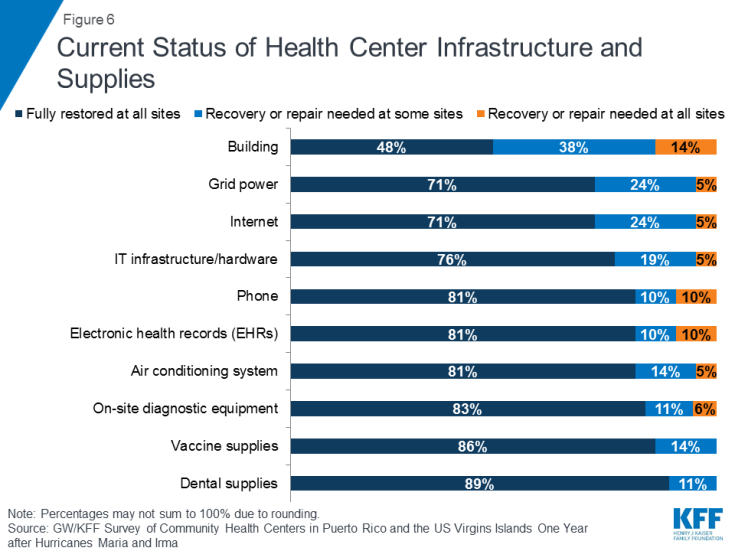 All responding health centers reported taking action to prepare for the current hurricane season, and developing emergency staffing plans was a top priority. Having withstood an unexpectedly catastrophic hurricane season, health centers have taken numerous steps to ensure they are prepared for the next storm. All said they had developed staffing plans for future emergencies and nine in ten reported developing strategies for community outreach, such as through mobile vans or community outreach workers (Figure 7). Over 70% said they planned to target community outreach to vulnerable populations like the elderly or people with chronic conditions and had stocked up on essential supplies. With ongoing electrical power problems for many health centers, over six in ten reported preparing for future power outages by purchasing new generators or installing solar panels. 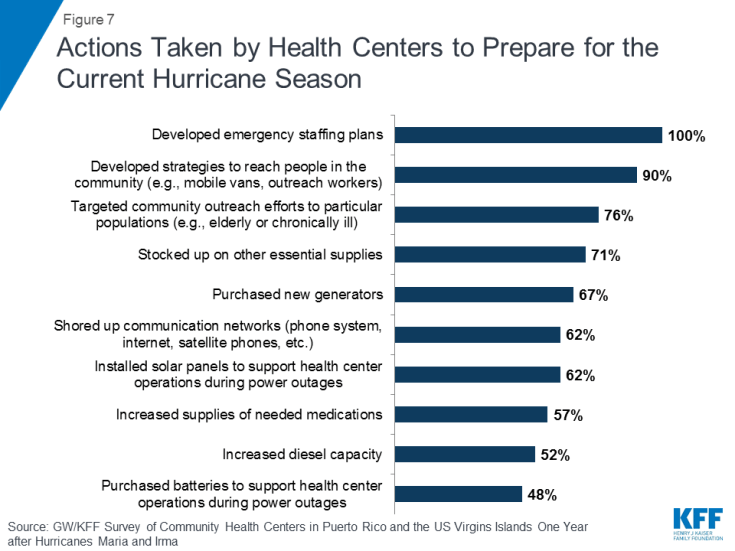 Figure 7: Actions Taken by Health Centers to Prepare for the Current Hurricane Season

To assist in the broader hurricane recovery effort, most health centers participated in activities to improve access to critical health, social, and infrastructure services in their communities. Nearly all respondents indicated that their health centers had been involved in activities, either alone or with other community agencies and organizations, to address community-wide needs for recovery from the hurricanes in the past year. Three in four respondents reported participating in efforts to improve access to safe drinking water, seven in ten worked on education and food and nutrition initiatives, and six in ten reported participation in other environmental health projects (Figure 8). 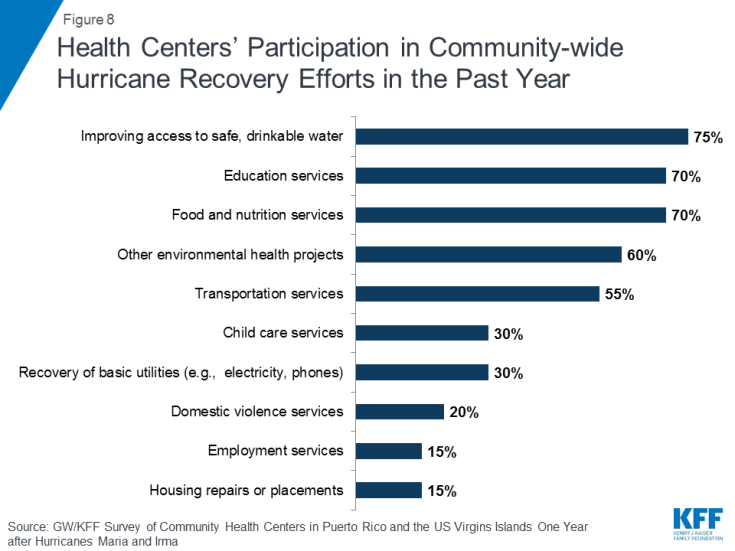 Figure 8: Health Centers’ Participation in Community-wide Hurricane Recovery Efforts in the Past Year

Meeting patients’ increasingly serious health care needs and operating in an insufficiently funded, complex, and rapidly evolving system emerged as top challenges. Health centers in Puerto Rico and USVI face many ongoing challenges as they work to recover fully from the hurricanes. The impact of broader health system change occurring in both territories, managing the increasingly complex health needs of patients, and ongoing infrastructure issues were among the top three challenges facing health centers in both Puerto Rico and USVI (Figure 9). More than four in five (83%) reported that the hurricanes worsened the impact of these challenges. Insufficient insurance reimbursement was reported as a top-three challenge by 42% of health centers in Puerto Rico, while health centers in USVI cited the loss of community providers and reduced capacity of the health system overall as a major concern (Appendix Table 3). 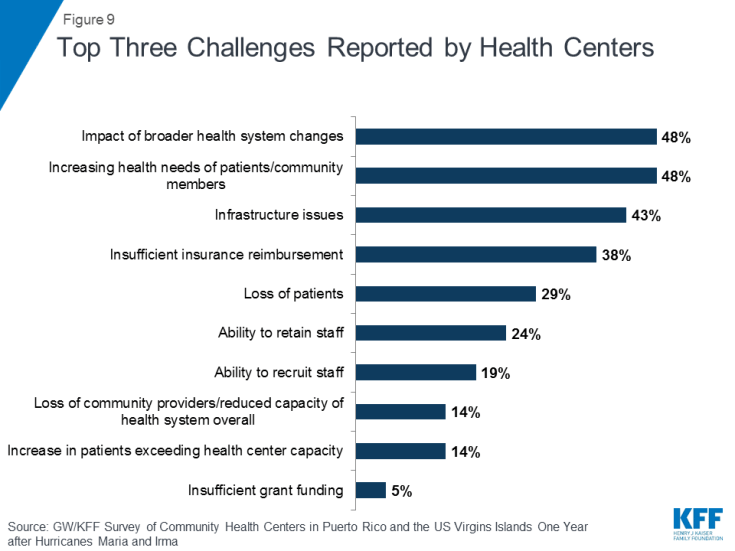 One year after the hurricanes, health centers are grappling with a far sicker patient population, a fact that is not surprising given the devastating impact of the catastrophe on the health and well-being of the general population. Health centers continue to show recovery but still require repair, particularly of buildings, grid power, and internet. Staffing growth is underway, but health centers are also reporting the loss of key staff. Specialized referrals, never easy, present a growing challenge for some services. Nearly all health centers have been involved in community-wide recovery efforts as well as their own.

Consistent with the findings, health centers report that their top challenges are caring for a sicker patient population, meeting demand with limited revenue, and operating within the constraints of the broader changes in the health system, intensified in Puerto Rico by efforts to control health care costs in the face of the island’s ongoing financial crisis. The recovery grants awarded to health centers in both Puerto Rico and the USVI are an important step, but they are modest in size and do not obviate the need to maintain the strength of Medicaid funding, the most important source of health care financing for health centers operating on both islands. The greater reliance on federal health center funding in Puerto Rico and the USVI also underscores the importance of sustained federal grant funding to ensure that these community health centers are able to fully and effectively serve their patients.

The authors express their appreciation to Feygele Jacobs at the RCHN Community Health Foundation (RCHN CHF) for her assistance with the survey and invaluable insights on the brief. Additional funding support for this brief was provided to the George Washington University by RCHN CHF.